The Namib desert (Namib meaning ‘vast place’) is located in Southern Africa, and unlike most deserts, this arid, unhospitable landscape borders the ocean. The land is typically blanketed by a thick, humid fog, which originates from the cold Benguela current’s interaction with warm moisture above the ocean surface. South westerly winds then push the fog further inland.

One of the critters that inhabits this unique place is the Namibian fog-basking (or ‘Darkling’) beetle, which has adapted an efficient means of harnessing water from the humid ocean air. There are two main ways the beetle does this: number one is by digging a trench in the sand, while the second option involves positioning itself on a sand dune to catch the humid air on its shell (which is covered is nanoscale bumps) to condense the fog and channel droplets of water into its mouth.

Charlie Paton, managing director of Seawater Greenhouse, was inspired by the Darkling beetle’s method of water collection. This led him to producing an array of greenhouses that could mimic the desert beetle’s technique. As a result, they were able to provide ideal growing conditions to crops all year round despite the hot, arid climates. This was achieved through a process of evaporation and condensation, which involved converting saline (salty) water into fresh water using only the sun and wind.

Like Paton, Alton Greenhouses were inspired by this process of taking inspiration from nature, the idea of building upon time-tested solutions that already exist. And there’s certainly good reason to do so: as Janine Benyus puts (author of Biomimicry: Innovation Inspired by Nature), ‘Biomimicry is basically taking a design challenge and then finding an ecosystem that’s already solved that challenge, and literally trying to emulate what you learn’. There are hundreds of inventions and solutions which involve biomimetic inspiration of some kind, but it’s often the case that people neglect to mention these components. Alton Greenhouses, putting their design team to work, looked at a series of both classic and upcoming examples of biomimicry in design, and hybridized them into fascinating artistic depictions which encapsulate both the invention and its organic origin.

‘There are three types of biomimicry – one is copying form and shape, another is copying a process, like photosynthesis in a leaf, and the third is mimicking at an ecosystem’s level, like building a nature-inspired city’ – Janine Benyus. Most of our illustrations centre around form. A classic example you may already be aware of is the Kingfisher-inspired Shinkansen bullet train. This model was the conception of Mr Eiji Nakatsu, the lead engineer of JR West in the early 90s and (by lucky coincidence) an avid birdwatcher in his spare time. He was tasked with re-designing a very loud and unstable bullet train in 1989 – every time the train exited a tunnel at high speed, a sonic boom was caused by the sudden compression in atmospheric pressure. As you can well imagine, this wasn’t ideal for all the people living in nearby residential areas. Nakatsu decided to re-model the nose of the train after the streamlined beak of the kingfisher, also taking inspiration from an owl’s stealth and Adélie penguin’s body. The end result was a train that was 10% faster, 15% more energy efficient and quiet enough to fall beneath the decibel noise limit of the area. 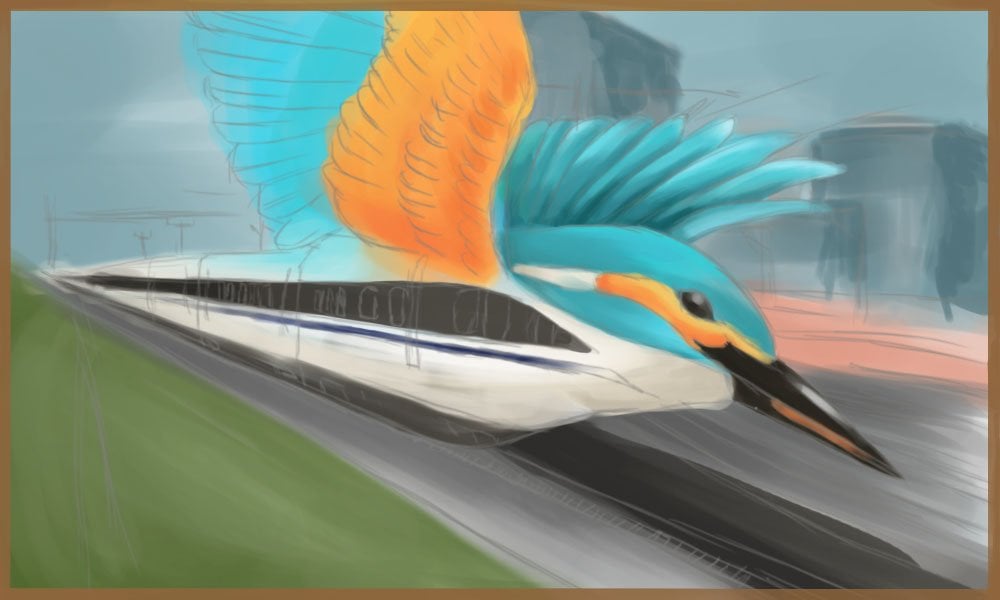 Needle phobia may one day be a thing of the past. Back in 2011, a team of Japanese micro engineers from Osaka’s Kansai University created an almost pain-free silicon needle which mimicked the shape of three of the mosquito’s seven mobile mouthparts: the two serrated maxillae and the labium. A highly serrated needle sounds quite horrible, but interestingly the serration leaves only small points in contact with the skin, greatly reducing the stimulation of the nerves and thereby causing less pain. The traditional syringes we’re all used to have a smooth surface, allowing more area to contact the skin. As a result of their work, a painless refined hypodermic needle is currently in the works and may soon hit the market. 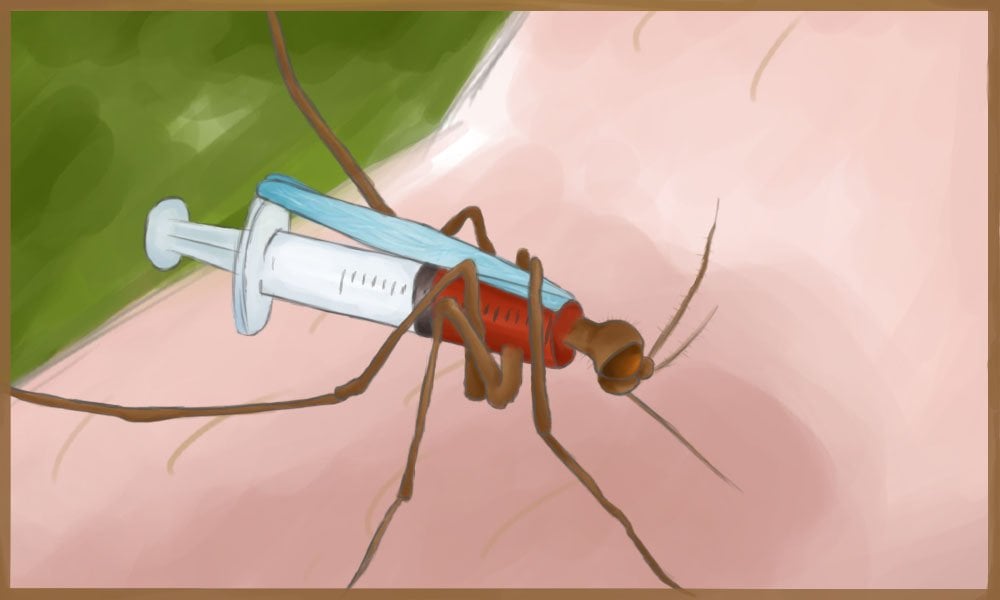 You may have heard of 30 St Mary Axe, or, to use its more common name, the ‘Gherkin’, in London, UK. Arguably one of the most recognisable buildings in the UK, this impressive dome-shaped commercial skyscraper is situated in London’s primary financial district, the tip of which reaches up to nearly 180 metres. However, not many people realise this building uses several components inspired by a rather unexpected organism: the Venus Flower Basket Sponge. This deep-sea glass sponge inhabits the deep ocean (they can be found at a maximum depth of 1,000 metres), and is composed of a sturdy lattice-like exoskeleton. As well as borrowing the sponge’s structure, the Gherkin was also created to mimic its mean of channelling nutrient-rich seawater into its crevices. Floor-level vents and curved exterior walls direct the flow around the surface of the building, cutting down the need for air conditioning by a staggering 50%. 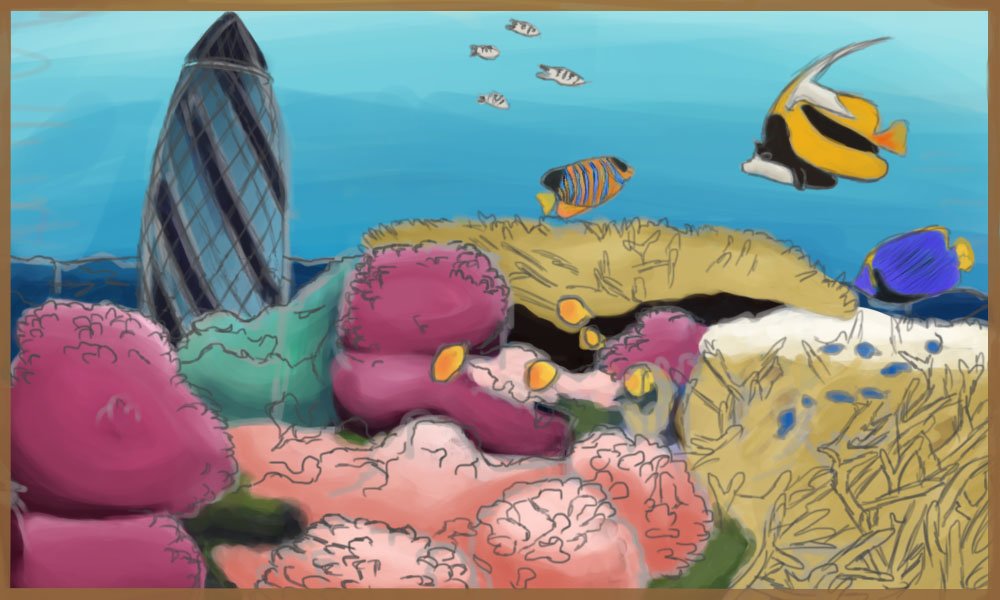 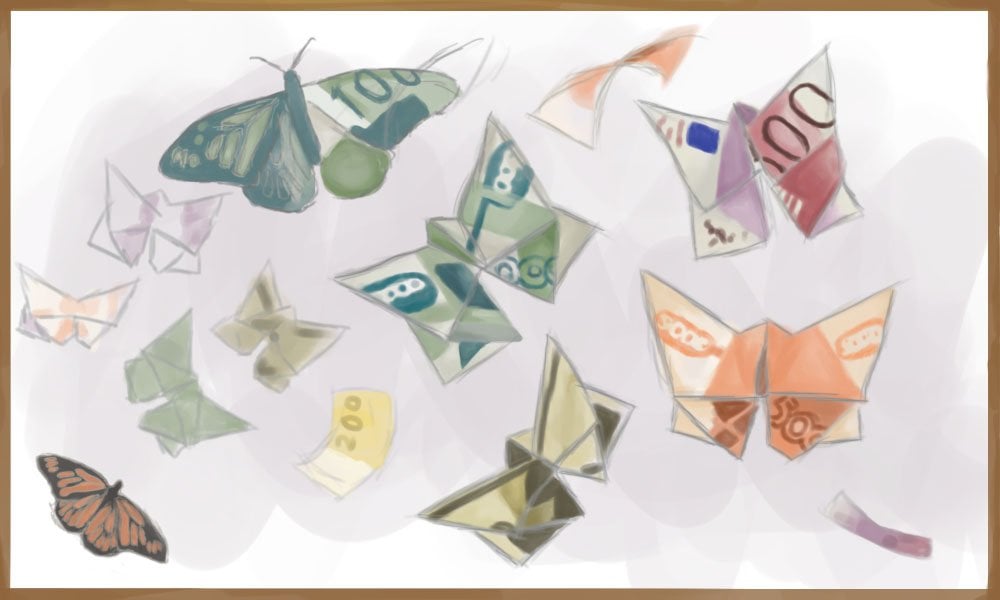 Banknotes may one day be designed with tiny nanostructures on them inspired by butterfly wings, rendering them nearly impossible to forge. 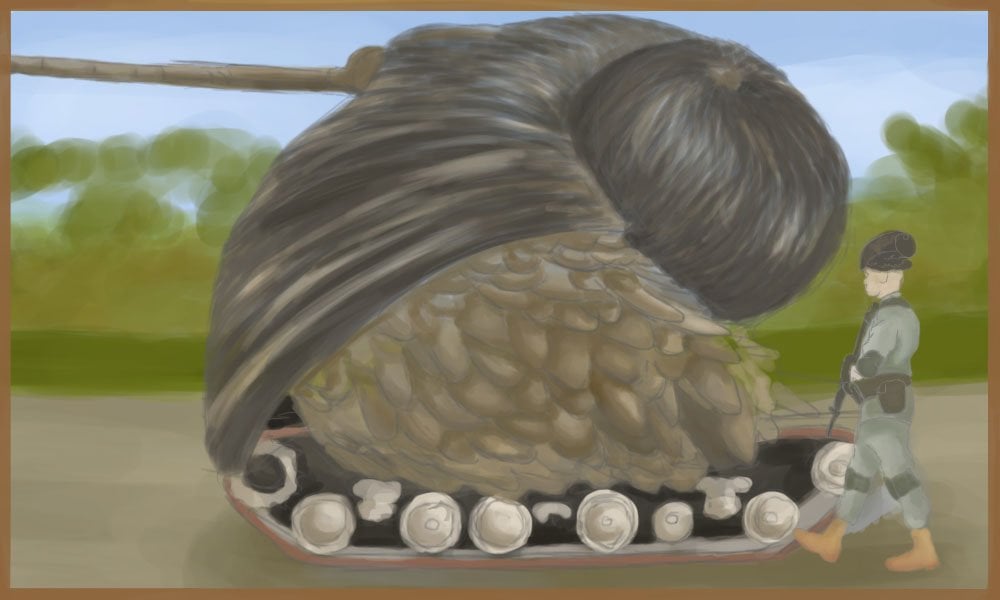 The ‘scaly-foot gastropod’, a deep-sea snail that uses iron sulphide in its complex three-layer shell, may one day inspire next-gen body and vehicle armour in the military.

As well as these small-scale projects, biomimicry could eventually be endorsed across entire cities as well. In only a matter of decades we could be seeing innovations like weather control, skyscrapers made of artificial bone, highly-efficient motorways mapped using slime mould and even ‘intelligent’ buildings which mimic the functions of a human body. (These are buildings that can regulate their internal temperature, and adjust the lighting in each of its rooms to save energy.) According to the BBC, these building may eventually be able to monitor a person’s current mood as they enter a room, and adjust the temperature, lighting and perhaps even décor to make them feel more at ease. 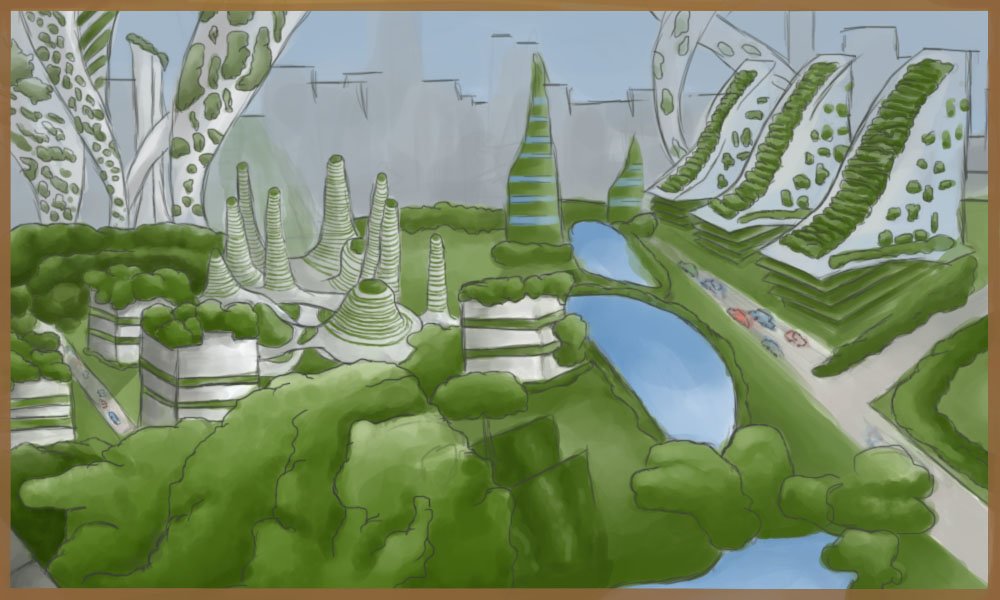