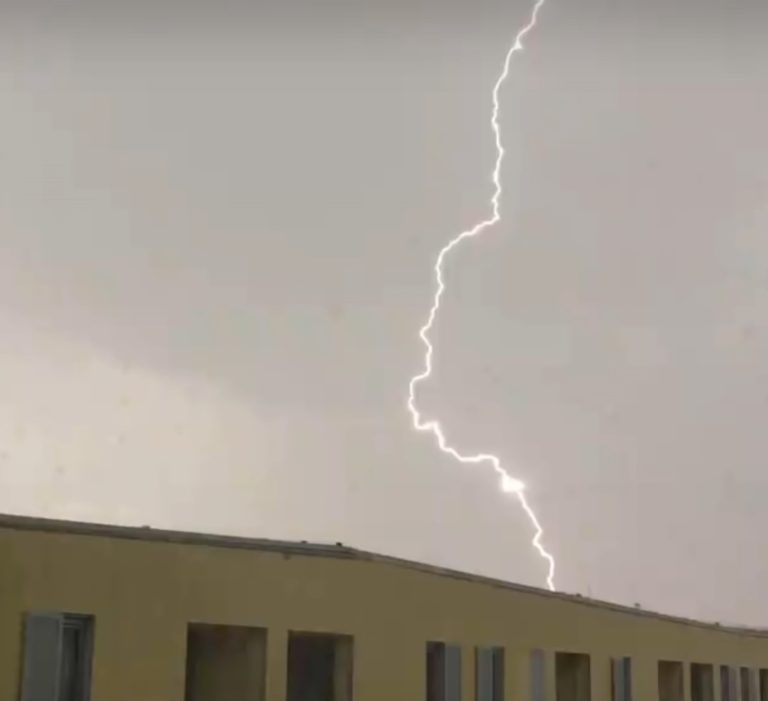 Once again, rumors of UFO sighting are emerging and this time it is a ‘triangular’ shaped one seen within a lightning bolt, either reportedly traveling or harnessing power through it.

A video was uploaded by a popular YouTube channel that constantly posts videos about UFO sightings and alien findings called ‘secureteam10’. The YouTuber recently uploaded a video showing a triangular-shaped ‘UFO’ within a lightning bolt.

As per conspiracy theorists, the object cannot be a human spacecraft as it traveled through the lightning with ease and only extraterrestrial life could possibly have made such spacecraft. The YouTuber claimed that either the ‘alien spacecraft’ was using the lighting as its path or it came near the bolt to harvest energy, as per the Indian news website The TeCake.

“Today we have an amazing new capture … yet another one of these objects either struck by, caught within or siphoning energy from another one of these lightning bolts snapped just at the right time as it was coming down over the Czech Republic,” claimed narrator Tyler Glockner.

Alien findings and UFO sightings have recently taken pace with numerous rumors coming in. Not long ago, the same YouTube channel reported another ‘UFO’ sighting captured from a picture taken from Google Earth of South Georgia Island. The picture reportedly showed the remains of a ‘UFO’ that crashed to Earth on a side of mountain and slid a long distance across ice.

Amidst this heated debate over the existence of aliens, a group of scientists from the Plymouth University has harnessed the power of artificial intelligence and artificial neural networks (ANNs) to find the alien life. It may also help scientists to predict on other planets and universal facts.

“We’re currently interested in these ANNs for prioritising exploration for a hypothetical, intelligent, interstellar spacecraft scanning an exoplanet system at range,” lead study author Mr Christopher Bishop was quoted while talking about the development.

“We’re also looking at the use of large area, deployable, planar Fresnel antennas to get data back to Earth from an interstellar probe at large distances. This would be needed if the technology is used in robotic spacecraft in the future,” he added.