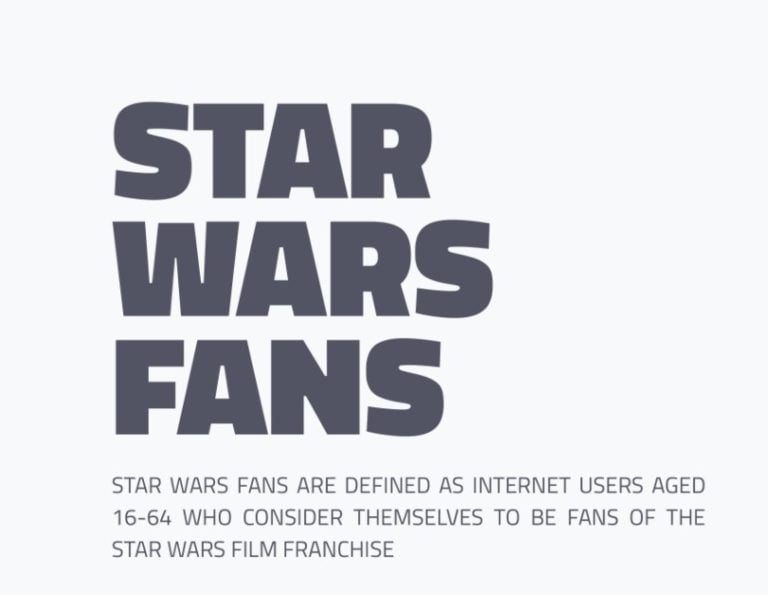 With the release of “Solo: A Star Wars Story” fast approaching, Star Wars fans everywhere are breaking out their lightsabers and practicing their best Wookiee calls. The newest installment of the beloved franchise promises to be an exciting one, with new faces like “Game of Thrones” Emilia Clark and “Atlanta” creator Donald Glover set to star. With all the hype surrounding the next Star Wars story, did you know that these super fans are probably one of the most die-hard and most outspoken consumers around the world?

A survey from GlobalWebIndex, a platform that provides instant access to global audience data, took a look at Star Wars fans and found that not only are they most passionate about the films, but also some of the most frequent cinemagoers - 2 in 3 have a strong interest in film (18% above average) while 3 in 10 visit the cinema at least fortnightly (39% above average).

This opening weekend might be a big win for Star Wars, but also a win for anyone who is taking advantage of the marketing opportunities here. 20% of Star Wars fans have mentioned that they prefer discovering brands through cinema ads, female fans noting that they’re more likely to be influenced than men. Considering 37% of fans are female, that’s a large chunk of influence!

The survey also found that many Star Wars fans are tastemakers for their friends and family: 58 % claimed they regularly inform friends and family about new products and services, while 39 % reported that sharing their opinion was a main reason for using social media, 26 % above average.

And it’s no surprise that many Star Wars fans consider themselves gamers - a whopping 91% use some sort of device or console to play video games. Furthermore, In the wake of the StarWars: Battlefront II video game micro-transaction fiasco, that’s even resulted in bans in countries like Belgium, it’s interesting to note that fans of the Star Wars gaming franchise are still 74% more likely than average to buy a product if exclusive content is included. 23 % also report that they’ve bought a game add-on in the past month.

Check out the full infographic from GlobalWebIndex below for a comprehensive report of Star Wars fans’ media preferences, and be sure to check out “Solo: A Star Wars Story” when it comes out on Friday, May 25! 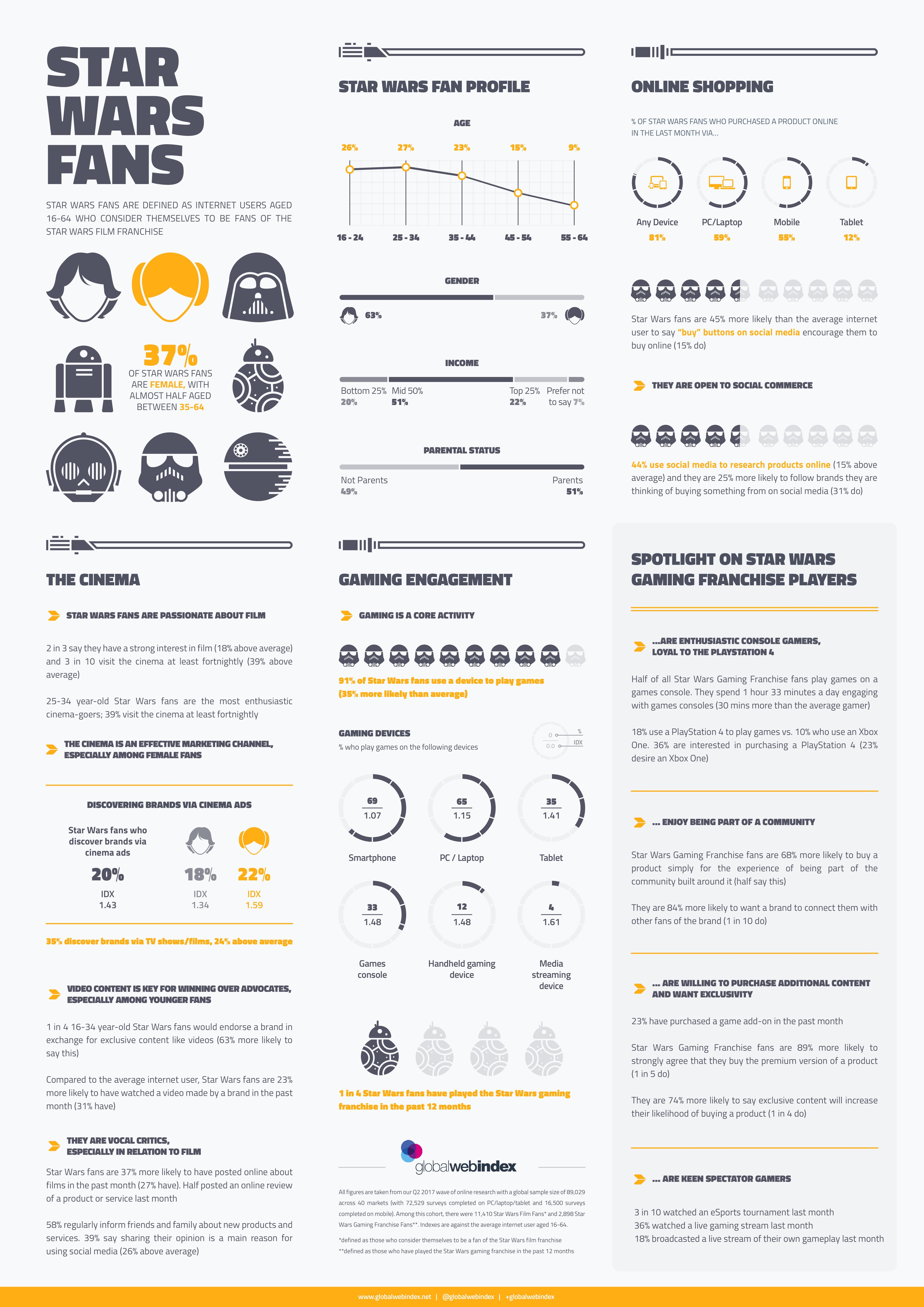