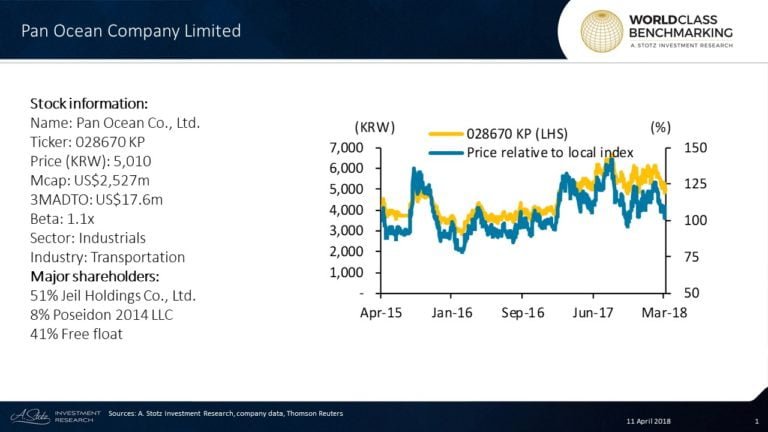 Pan Ocean Company Limited was founded in 1966 in Seoul, Korea. Together with its subsidiaries, it provides marine transportation.

It also offers other related services worldwide such as trading, logistics and heavy lifting. The company has over 1,000 employees, of which 35% are on land and 65% maritime.

Pan Ocean ships more than 100m tons of cargo per year, using a total of 204 vessels (81 owned and 123 chartered). The company owns vessels of all sizes, including dry bulk and non-dry bulk ships with capacities ranging between 10,000 to 100,000 deadweight tonnage (DWT). The company offers both liner and tramp shipping. As opposed to liner, tramp ships trade on the spot market and have no fixed schedule. 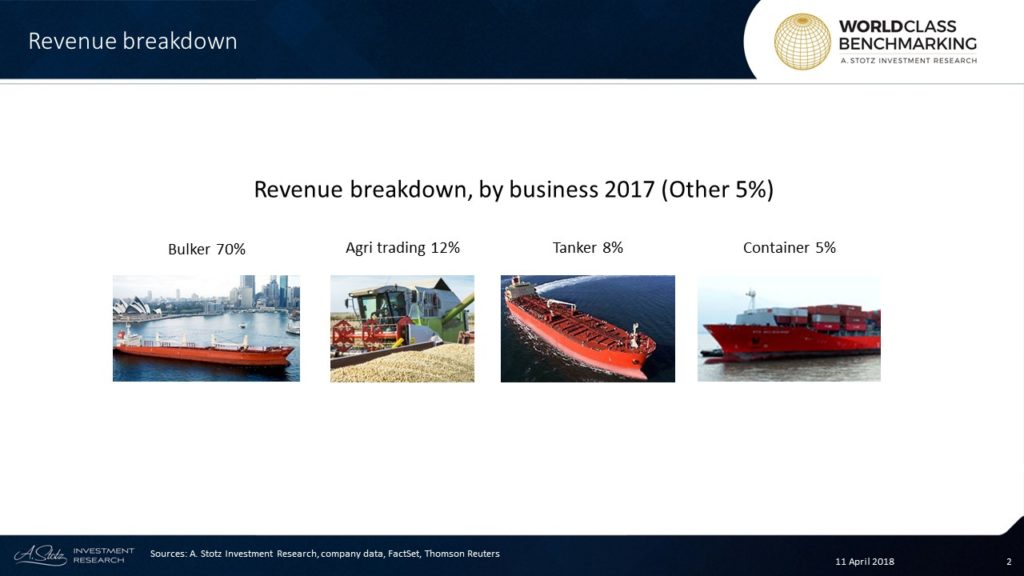 Kim Hong-Guk is the current Chairman and co-CEO of Pan Ocean. He is also Chairman in several other companies including Harim Co., Ltd. (136480 KS) and Farmsco Co., Ltd. (036580 KS). His education consists of Bachelor’s and Master’s degree in Business Administration from Howon University and Chonbuk National University in Korea. 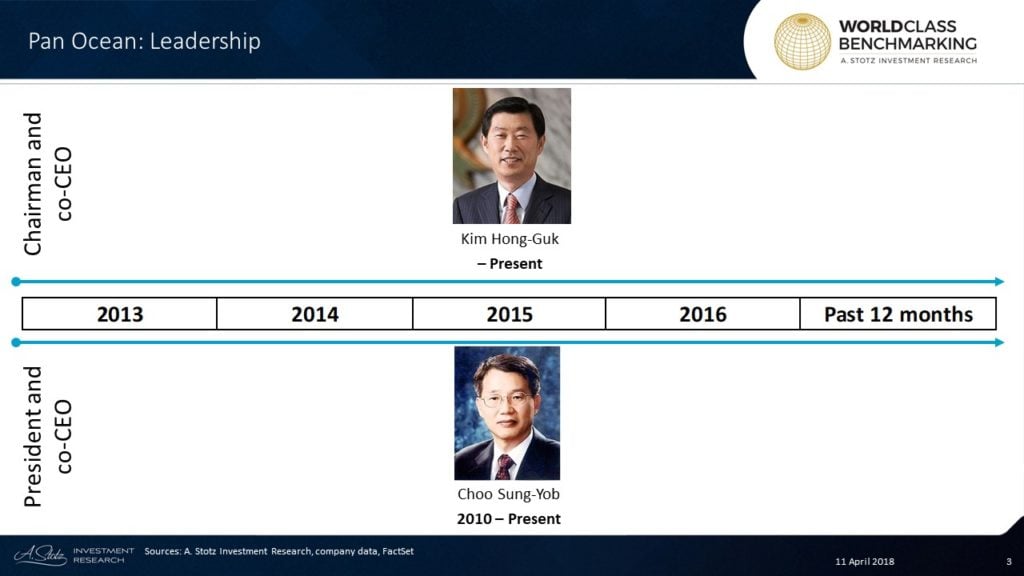 Choo Sung-Yob was appointed the President and co-CEO of Pan Ocean in 2010. He joined the group back in 1997 and has served as the General Manager, Chief of Strategic Planning & Administration as well as several other positions before being appointed to his current role. He received his Bachelor’s Degree in Oceanography in 1979 from Seoul National University, Korea.

Profitable Growth was ranked the worst in 2013 but has improved a bit since. Since 2015, Pan Ocean has ranked at #7 among 1,470 large Industrials companies globally.

Profitability exhibit a similar trend to Profitable Growth. Growth has experienced more fluctuations and ranked at #4 in the past 12 months. 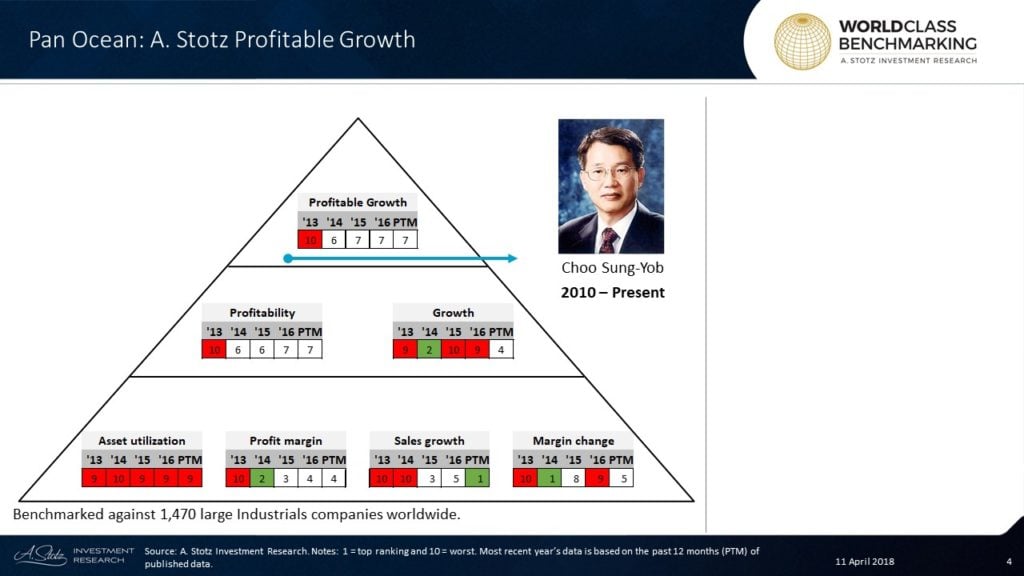 Asset utilization has ranked very poorly over the years. Profit margin has been above average since 2014.

Sales growth has seen great improvements in rank, in 2014 Pan Ocean ranked #10 and in the past 12 months the rank had reached #1. Margin change has been volatile and ranked average in the most recent period.