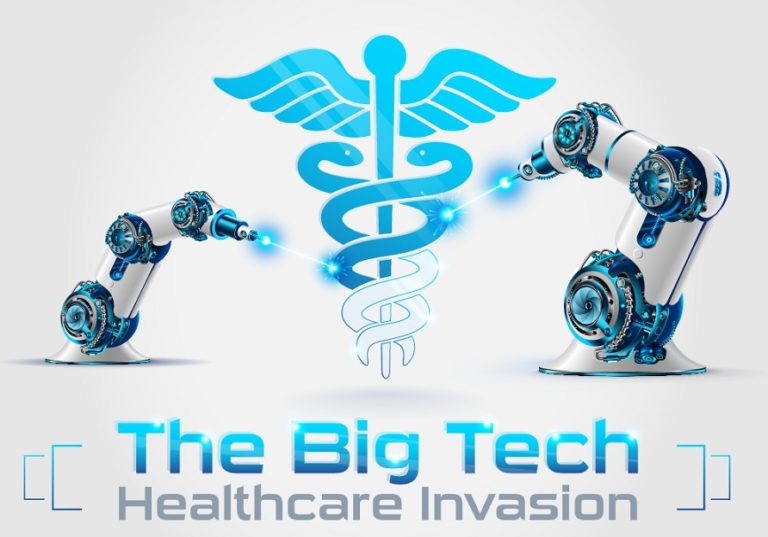 The idea of using modern tech to transform the multi-trillion dollar healthcare industry has been around for a long time.

In 1996, legendary Silicon Valley entrepreneur Jim Clark launched his third startup, Healtheon, which was focused on what he called the “Magic Diamond”. The diamond represented the $1.5 healthcare market in the U.S. and its shape came from the doctors, providers, payers, and consumers slotted into the four outer points.

In the middle of the diamond, Clark had placed his new company Healtheon, which he expected to profit immensely from connecting the healthcare world together with the internet.

Healtheon had a successful IPO in the middle of the Dotcom bubble, but it never was able to truly achieve its bold and original vision. As signals mounted that Dotcom stocks would implode, the fledgling company merged with WebMD in 1999.

Despite the fate of Healtheon, the dream of tech invading the healthcare market lives on – and today, big tech companies like Amazon, IBM, Alphabet, and Apple all have plans to enter the sector in a big way.

Today’s infographic from Koeppel Direct shows how this is all playing out, as well as the specific initiatives that big technology companies are using to gain a foothold in a market that’s ripe for change.

The story is no longer about the startups coming in to “disrupt” healthcare – unfortunately, the industry seems to have too much red tape, regulation, and bureaucracy for this to be possible in the conventional way. Instead, it’s the big companies like Amazon, Apple, IBM, and Alphabet that are eyeing to invade the space.

And for technology companies focused on big data, the healthcare market is a compelling opportunity.

By the numbers, here is a snapshot of the healthcare market, and why big tech wants in:

Scientific advancements and technology have already been responsible for saving billions of lives through history, and now it’s time to see if big tech can step up to the plate using AI, augmented reality, big data, and other technologies to do more of the same – especially if it helps move these companies closer to the center of the “diamond”.