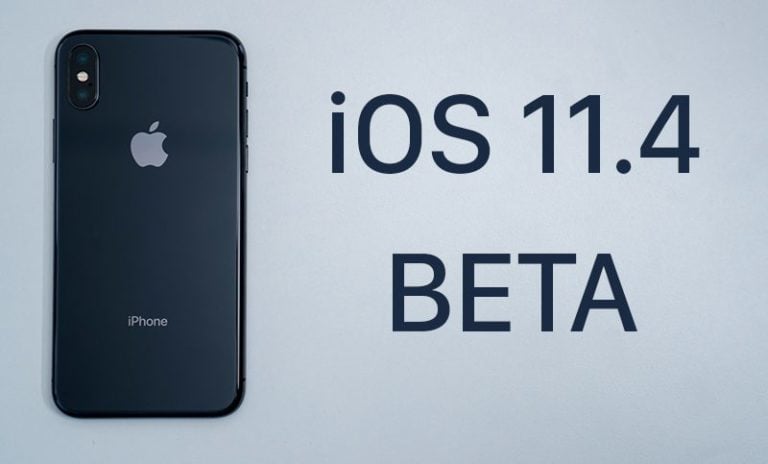 Despite the fact that we only recently saw the launch of iOS 11.3 – just a few days ago, in fact – the iOS 11.4 beta 1 download is already available for eligible developers via an over-the-air update from Apple’s Developer Center.

With the release of iOS 11.3, we saw a number of useful features added to Apple’s mobile operating system. Chief among the additions was a battery health feature that allowed users to address the throttling of older iPhones – a controversial practice to save battery life that Apple only recently admitted to. While the battery management feature was the primary draw of the update, we also saw the addition of other features like iMessage for Businesses and the addition of new Animoji. We were also expecting the inclusion of AirPlay 2 and messages on iCloud, however, and those didn’t make the cut. We expect to see the inclusion of these new features in the iOS 11.4 beta 1 download – or in a beta of 11.4 in the coming weeks.

While iOS 11.3 is certainly a feature-rich update in its current iteration, we were expecting features like messages on iCloud and AirPlay 2 to make it even better. In fact, many were surprised that these two features didn’t make the final release – especially considering they were a staple of a number of betas leading up to the final release. Apple must have felt that the features weren’t ready, however, and pulled the plug on the features for iOS 11.3 – a decision that falls in line with their new approach to development and software maintenance.

Like many companies, Apple has long held their developers to strict standards – both in quality and, more pressingly, time. After several updates with critical security vulnerabilities that quickly needed to be patched out, the company is taking a more methodical and slower approach to development – prioritizing stability and performance over packing in dozens of features into each update. The decision to delay AirPlay 2 and messages on iCloud to a later update will probably lead to a more stable iOS 11.4 beta 1 download – provided it’s actually present in that release.

Considering the fact that the iOS 11.4 beta 1 download just launched, there’s not too much word as to w