ValueWalk
Home Economics Indonesia Has The Highest Profitability In Asia 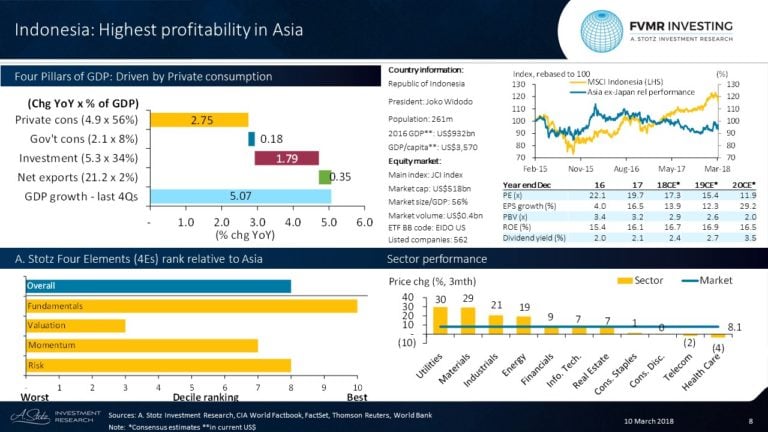 Indonesia has good GDP growth, driven mainly by private consumption and secondly investments. Government consumption contributed the least to GDP growth in the past four quarters.

Indonesia has had, and consensus expectations are, that the country should continue to have the highest ROE in Asia. This is also reflected in the valuation, Indonesia’s 2018CE* 2.9x PB is the highest in Asia ex Japan.

Fundamentals: Indonesia has the highest ROE in Asia.

Valuation: This strong profitability is reflected in the highest PB in Asia.