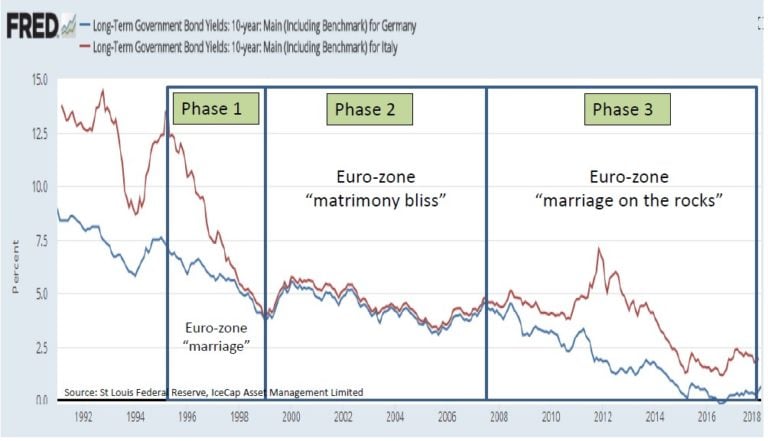 There’s nothing more shocking than the unexpected.

When this kind of unexpected event occurs, not only does it catch everyone off-guard, but it also dramatically changes the course of what happens next.

In the investment world today, the cry for a collapsing US Dollar runs far and wide. The narrative sounds and seems right – yet despite all of the front page, headline screaming stories, the US Dollar hasn’t collapsed. It hasn’t even corrected. In fact it remains incredibly resilient.

And this is what has all of the US Dollar bears worried.

Global Economic, monetary and fiscal data all support the exact opposite of a collapsing US Dollar. In fact the opposite is true – the US Dollar will likely surge in value and rip the face off everyone who has positioned their portfolios incorrectly.

In this issue of the IceCap Global Outlook, we explain why the US Dollar has no financial threats from China, Europe or anyone else and why the likelihood of a surging US Dollar will catch many by suprise.

It’s all a show

Hollywood has made a living ripping people’s faces right off their skull.

By many accounts, Tom Cruise has positioned himself as a professional face ripper. Whether he’s ripping and flipping his face off in Vanilla Sky, or doing his best imitation of hiding behind different faces in Mission Impossible – Tom Cruise’s film earnings have proved that a face ripping strategy can be very profitable.

Yet, the most famous face ripper is undoubtedly Hannibal Lecter. While his creepy movements, and his creepy speech was more than enough to give you the creeps, Lecter’s real power was revealed the moment he escaped using another (unfortunate) person’s face as a disguise.

Whereas Tom Cruise enjoyed his face-ripping experience, Hannibal Lecter’s victim certainly did not.

In both cases, the face-ripping actions proved to be both memorable and shocking.

Unknown to Hollywood, and unknown to most investors – the world is on the precipice of one of the biggest face-ripping market movements to be felt by the money world.

For many reasons, many people hate the USD. Debts, deficits, wars, Trump – you name it, the reasons for the USD to fall are too many to

Yet, despite all the moaning and groaning about the USD – it just won’t go down.

And in the investment world, what won’t go down – goes up.

In our view, IceCap expects the USD to rally hard. The potential for a surge will be so aggressive that it will rip the face off all investors who are bearish against the USD and positioned for it to fall.

This is the real risk that faces the market today.

It's Deja Vu all over again

Well, we’ve been watching now for quite some time – and it still hasn’t happened.

We’ve watched Canadian, British, Australian and even tolerated the big American ones too – yet most media outlet refuse, is prohibited, or simply doesn’t understand it enough to report to the masses the happenings within the world’s bond market.

Yet, every single evening when the majority return home from their jobs, they inevitably turn to the TV to see what happened while they toiled away their day, earning money to tuck away for their eventual retirement.

Sadly, the largest investment market on the planet rarely gets a mention, a like, or even a tweet.

Readers of the very cool, IceCap Global Outlook are fully aware of our expectations for a crisis in the bond market. The crisis will likely originate, from a re-escalation of a crisis in the Euro-zone.

Cracks have started. Chills are beginning to be felt down spines.

And if you look close enough – you’ll soon see the days of the big banks, big media, and big consultants avoiding this big discussion are coming to an end.

The entire concept that there is a real person behind the investment account number has somehow disappeared over the years.

Instead, the investment industry has intensified its laser-like sharpness on miraculous products, lead by armies of glasses-wearing analysts scouring the world over in search of undiscovered opportunities.

Those that cannot see through this charade, will easily rationalise 100’s of banks, 1000’s of mutual funds, and 10,000’s of analysts as something that’s really cool and worthwhile paying 2% or more a year to experience.

Yet, others know that all these banks, mutual funds and analysts are all equipped with the same data, the same spreadsheets, the same software and the same bonus pool payout structure.

Which should lead you to ask – how is it possible to do better than the average?

The answer of course – it isn’t.

Instead, the only way, and the easiest way, to truly protect your hard earned savings, grow your retirement funds, and ignore the headline news is actually rather simple.

Do the opposite of what everyone else is doing.

Being a contrarian in the investment world certainly isn’t a new and novel idea. Yet, it’s incredibly difficult to do for several reasons.

To start with – being a contrarian, means you will take active decisions within your investment portfolio which are quite different than what everyone else is doing.

Of course, being a contrarian doesn’t mean you should be stupid either. It just means you need to be mindful of the truths, the untruths, and most importantly – be aware of your surroundings.

Achieving this starts with a rather novel concept – ignore the masses.

If the first four months of 2018 did anything to investors, it made them a little bit more honest with themselves.

In many ways, the volatility waves and the losses generated were unbearable for most.

For many, the first real losses in over a year can be hard to stomach. And despite acknowledging that stock markets can go down as well as up – the majority of investors react quite differently when this guaranteed event occurs.

By now, everyone should agree that all the euphoria experienced from gains, is dwarfed by the pain experienced from losses. In other words, the emotions earned from both gains and losses are not symmetrical.

Those that disagree, haven’t truly experienced a loss.

Which of course brings us to the current stock market correction.

As of writing, US stock markets are now flat for the year 2018. Yet, you would never know it from the headlines of the big media outlets, or worse still – the twitter feeds from those who have been calling for stocks to crash to zero.

In many ways, one can be forgiven for falling for the hysteria. Between trade wars, tax wars, and real wars – everyone will admit that perhaps the world is just a bit off kilter.

Yet, if one stepped way back and objectively assessed the entire situation – one would discover this trifecta of events has not materialized into the face-ripping market movements that sells papers and clicks.

Granted, the world IS in a precarious state – IceCap has been writing and speaking about this in detail. But the challenge for investors remains – the majority continue to incorrectly assess the situation and therefore remain incorrect with their market expectations.

In other words – the majority are once again proving to be wrong.

Yes, the model signals have weakened over the last few months, but as of writing there isn’t anything happening to suggest we should begin to stock up on bottled water, duct tape and (heaven forbid) 10- year US Treasuries.

From a layman’s perspective, our model records how fast the price of stocks and industry groups are changing. 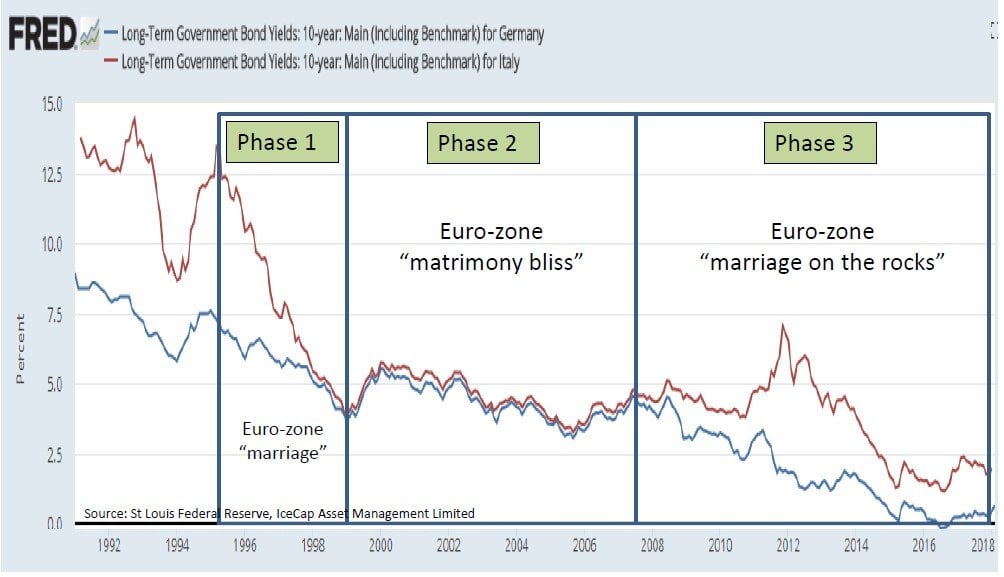