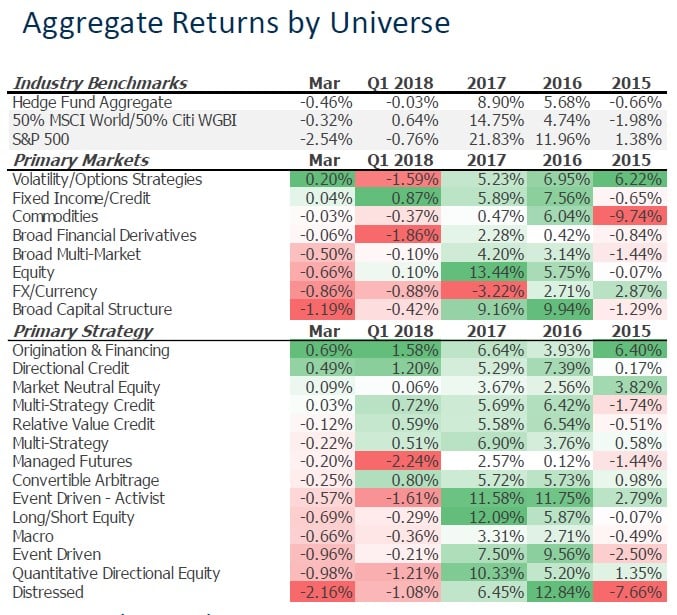 Hedge funds waded through another month of mixed, but negative returns in March to end Q1 2018 down slightly. Returns are virtually split down the middle, between positive and negative, while gains and losses based on 2017 investor preferences are also mixed.

While equity markets are finally showing the volatility many expected for several months, hedge funds are mostly performing admirably. Yes, there have been some exceptionally large losses within the managed futures space, and from within a handful of other notable managers, but for the most part, it is likely investors who dare reflect on 2017 allocation decisions so early in
the ensuing year, are not feeling too bad.

Compared to recent periods, like most of 2015 and 2016, feeling “ok” about allocation is a step in the right direction. So while the industry is not overall positive for the year, having a somewhat satisfied investor bases is a positive.

Credit and Volatility Strategies Up in March, Emerging Markets and Big Macro Among Leaders in Q1 2018

Hedge fund returns declined an average of -0.46% in March, and -0.03% in Q1 2018. Credit was resilient during the month, while EM strategies suffered losses. However, both segments are among industry leaders so far in 2018. 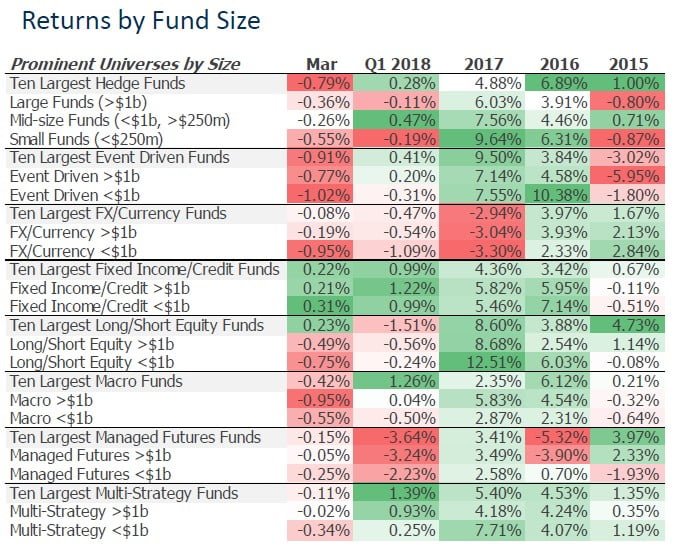 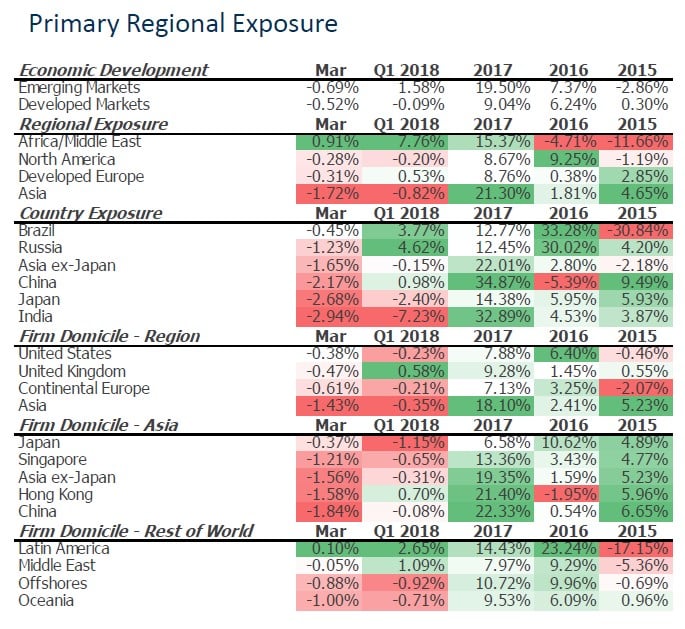