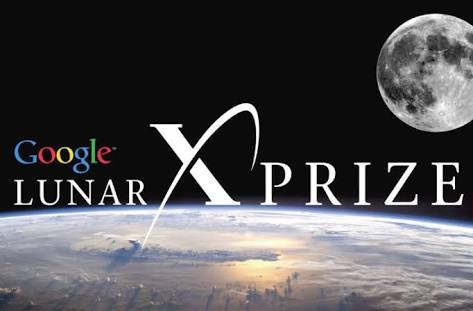 While Google has long sponsored the Google Lunar X Prize – a $30 million cash reward to encourage private companies to set their sights on a flight to the moon – the company announced on Thursday that they were ending their sponsorship of the X Prize.

The nonprofit made a statement thanking Google for their sponsorship, with Peter Diamandis, X Prize founder and executive chairman stating that “We are extraordinarily grateful to Google for funding the $30 million Google Lunar X Prize between September 2007 and March 31, 2018. While that competition is now over, there are at least five teams with launch contracts that hope to land on the lunar surface in the next two years.”

While Google has made the decision to stop sponsoring X Prize, that doesn’t mean that the incentives for making it to the moon are completely null and void. The organizers behind the nonprofit have made reassurances that the company will continue to seek sponsorship for companies that have spaceflight aspirations.

“Because of this tremendous progress, and near-term potential, X Prize is now looking for our next visionary title sponsor who wants to put their logo on these teams and on the lunar surface,” Diamandis added.

The original Google Lunar X Prize essentially tasked privately funded teams to land a robotic spacecraft on the moon, move it at least 500 meters on the surface and beam high-definition imagery back to Earth. It was no small feat, and Google backed up this task with a significant cash prize – offering $20 million to the first team to make it to that point and the second a prize of $5 million. Another $5 million was available for special accomplishments, bringing the total prize pool to that $30 million total.

Unfortunately, the prize of making it to the moon with these robotic crafts never came to fruition – even with Google continually moving back their shifting deadlines. With the program originally launched in 2007, the initial date for the reward set a deadline of 2012, which was pushed back several times until the recent deadline of March 31st. It appears as if Google has made the decision to end the program at this point, considering that no team has managed to claim the X Prize in the 10+ years that the program has been in development.

Out of the two dozen teams that were initially in the running, only five teams were working on the goal near the end of the X Prize withdrawal – Florida’s Moon Express, Team Hakuto from Japan, The Israeli SpaceIL, India’s Team Indus and an international group known as Synergy moon. Diamandis has mentioned that the five teams that currently have plans in the works will continue to work towards their goal – with or without a sponsor – as the X Prize team begins the search for new sponsorship.

“We applaud X Prize’s decision to continue the Lunar X Prize, with or without a title sponsor,” Bob Richards, Moon Express founder and CEO, said. “While we plan to win this moon race and are committed to carrying the Lunar X Prize logo, the real opportunity is in opening the lunar frontier and the multibillion-dollar industry that follows.”