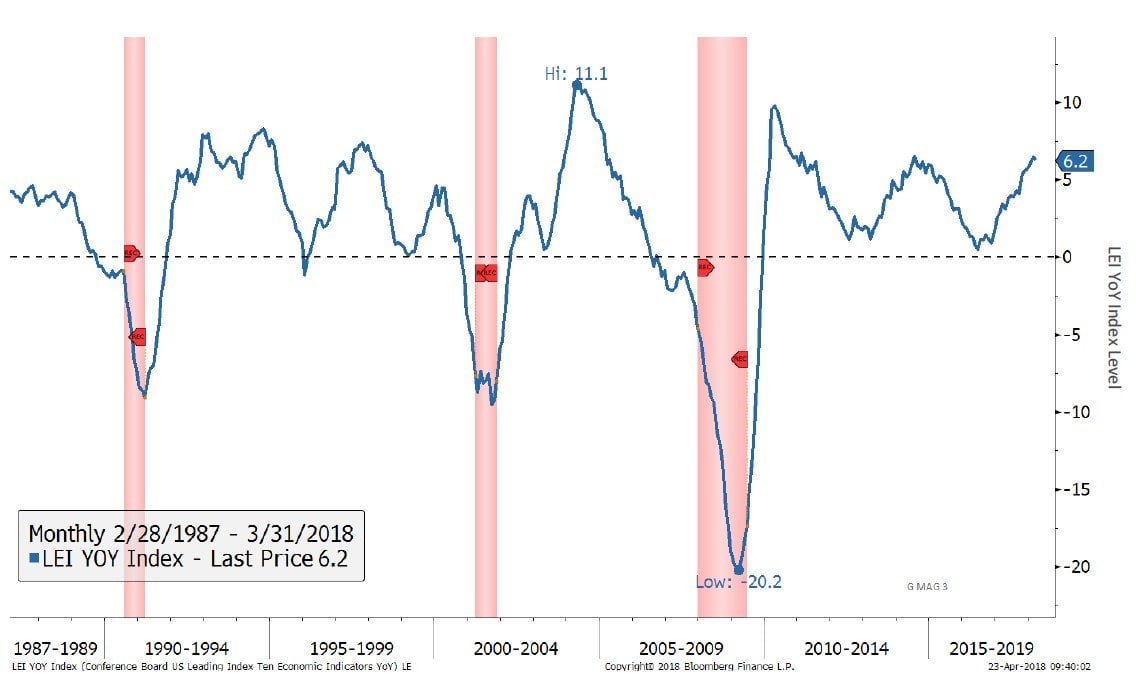 Conference Board U.S. Leading Index = Leading indicators include economic variables that tend to move before change in the overall economy. These indicators give a sense of the future state of an economy. YoY = year-over-year. You cannot invest directly in an index.

ISM PMI Leading Up to Recessions

ISM = Institute of Supply Management. Purchase Manager’s Index (PMI) is an indicator of the economic health of the manufacturing sector and is based on: new orders, inventory levels, production, supplier deliveries and the employment environment. YoY = year-over year. You cannot invest directly in an index.

This chart aggregates the 6 recessions that have occurred since 1947 and uses the 25-75 percentile of PMI in the months leading up to and after each recession. The black line assumes a recession is one year away from March 31, 2018

Measures Of Business And Consumer Sentiment

Z-score indicates how many standard deviations an element is from the mean. Standard deviation measures the dispersion of a set of data from its mean. You cannot invest directly in an index.

The option-adjusted spread (OAS) is the measurement of the spread of a fixed-income security rate and the risk-free rate of return, which is adjusted to take into account an embedded option