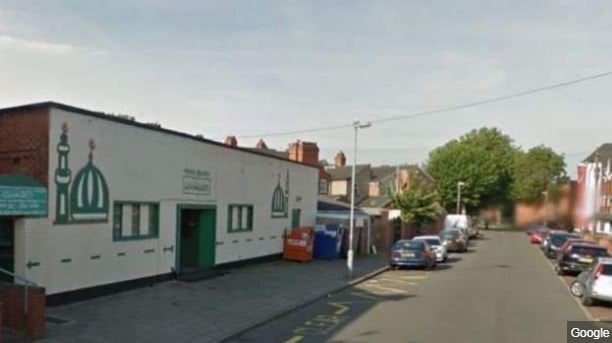 Breaking news suggests that a car has slammed into pedestrians at the Shah Jalal mosque on Ettington Road in Aston, Birmingham. Details are still sparse, but initial reports suggest that two men have sustained industries. It’s not clear at this point whether it is an accident or a deliberate attack, but more details should be forthcoming shortly.

According to the latest information, the victims outside of the Birmingham mosque that was hit by the car were two young men in their 20s. One man injured in the crash suffered a head injury, while the other was described by police as walking around while wounded.

Detective Inspector Greg Evans, of Force CID, has stated that “the investigation is at an early stage and we’re still trying to establish exactly what has happened…at this time we have not ruled in or out the potential that this could be terror-related but we’re keeping an open mind until we have investigated further. I’d really like to hear from anyone who has any information or CCTV of the incident or who may have dash cam footage.”

The incident took place at around 2:15 pm local time on Friday, April 27. Police are currently looking for the driver of the car, which is currently described simply as being silver in color.

While this is the most recent incident of people in the area being injured by a car crashing into pedestrians, it is just the latest in several events over the past couple of months, with a car hitting a crowd of people in North Manchester on April 16th and a vehicle leaving 13 injured after it drove into a Gravesend nightclub on March 18th.