ValueWalk
Home Technology Ripple And Bitcoin Price Crash: Will They Ever Recover? 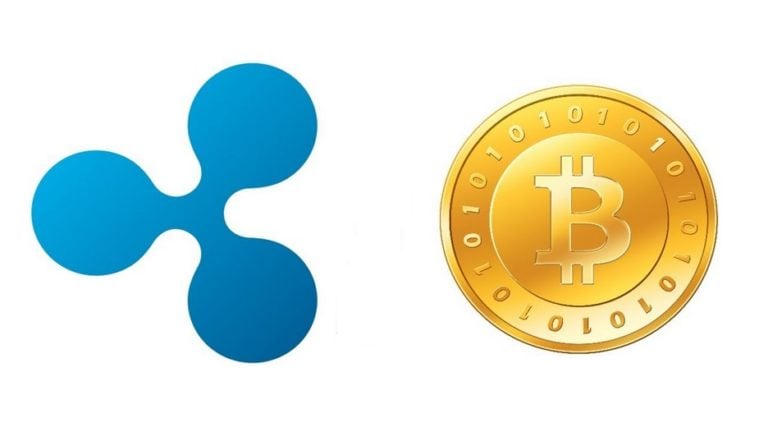 Both the Ripple price and Bitcoin price have plummeted this week, which has investors worried that these currencies may never bounce back.

The Ripple price and Bitcoin price saw record highs near the end of December, with many first-time investors trying to capitalize on the rapid growth and see some quick gains from these new investment opportunities. However, these same investors were in for a world of hurt just a few weeks later during the beginning of 2018 where the Bitcoin price and Ripple price crashed from their meteoric highs – causing a lot of people to lose a lot of money.

For those who have been following the trajectory of cryptocurrency for several years, these sorts of rises and crashes are par for the course. Due to how cryptocurrencies are designed, we’ve seen some major highs and some major lows because of the value being determined via speculation. With no real-world entity to tie the value to such as we’ve seen with traditional stocks, the Ripple price and Bitcoin price has fluctuated majorly based on rumors and regulation.

And it’s regulation that may pose a problem for the Ripple price and Bitcoin price. What started as a niche investment opportunity for techies years ago has since ballooned into an industry with a market cap in the hundreds of billions. With such a massive amount of money being moved, the traditional financial industry is no longer able to ignore the influence of the Bitcoin price and Ripple price over the world of finances as a whole.

Part of the appeal of currencies like Ripple and Bitcoin is the accessibility it offers to investors. While stocks are technically accessible to most anyone, the barrier to entry for taking a gamble on the Ripple price or the Bitcoin price is far lower. Just by downloading an app and putting in some financial information, anyone can take up the opportunity to see major gains or losses with these volatile investments. Many people have lost a lot of money due to a lack of information or an excess of hype regarding Bitcoin price or Ripple price, and regulators are taking steps to protect constituents as well as the financial industry at large.

The Ripple price slumped to a value this week of $.76 with previous highs of over $1. While that may not seem like a large decrease – and it isn’t with a single coin – when you consider the sheer quantity of Ripple in circulation it’s clear that such a change is monumental for those who had put a significant amount of money into the currency. Bitcoin also dropped by more than $2000 despite recently starting to bounce back, which has also caused concern for many industry experts.

In a different political environment, it might be less concerning that these currencies are continuing to trend downward. After all, both the Bitcoin price and Ripple price are exponentially higher than they were at the same time last year – even with the massive crash we saw at the beginning of the year. But considering the increased regulation from governments around the world, it’s possible that we’ll see this crash downward continue.

Bitcoin price and Ripple price have grown exponentially partly due to the lack of regulation, and by increasing restrictions and rules around the industry, it’s possible we may see the potential for this rapid increase dampened. However, Ripple has hired a new chief market analyst who they hope will help open a dialogue between investors and companies behind cryptocurrencies and regulators and governments who are concerned about the trajectory.

The new market strategist, Cory Johnson, stated that “The role of Ripple as a company and XRP as a currency in financial markets, to regulators, financial institutions and investors could use more explaining…I’m going to try and explain, listen and set strategies to make it easy for Wall Street and the world of finance to understand what we’re doing.”

The Ripple price could possibly recover faster than the Bitcoin price – largely because there’s a company behind it that at least has some influence over the direction the coin will take. Bitcoin price, on the other hand, is tied to a currency with no real regulation or corporation behind it, with the exact origins of the coin even shrouded in mystery.

However, although Ripple is structured slightly differently than Bitcoin and the rest of the cryptocurrency industry, all of these virtual coins have the same basis – a basis that is currently being threatened. With rumors and regulations coming in around the world and driving the value downward, many experts are concerned that the Ripple Price and Bitcoin price bubble may have finally burst.

With how volatile the market has become, even rumors coming out of major markets can have a marked effect on Ripple price and Bitcoin price. With news coming out of China that there’s a possibility the country would start charging bitcoin miners higher fees – a major problem given the huge amount of crypto corporations that call China home due to low utility costs – the market responded negatively. China has been especially inhospitable to cryptocurrency in the past few months, with a recent shuttering of a major cryptocurrency exchange and a ban on initial coin offerings. Israel has also expressed concern over the lack of regulation, even discussing banning trading of the currencies within the country entirely pending a review from their financial regulators.

All in all, there’s a high possibility that Ripple price and Bitcoin price could bounce back. However, there’s also a very real chance that this downward trend can continue. With how difficult it is to predict the path of these investments with any accuracy, we’ll likely be left to wait and see how this battle between crypto and the traditional financial industry turns out.