ValueWalk
Home Economics Martin Shkreli Gets 7 Years, What About The Big Criminals?

Martin Shkreli was sentenced to seven years in prison today after being found guilty by a jury of his peers of securities fraud last summer. To me, the sentence looks like overkill relative to the way that financial crimes are consistently perpetrated, settled and brushed off on Wall Street on a daily basis. I touched on this in a podcast I published on March 11, 2018. I want to supplement this with my continued thoughts.

Securities fraud is obviously a very serious crime and should be treated as such at all times. There are no shortage of individuals and entities who also harbor a strong distaste for Martin Shkreli, not even because of the incident he was indicted for, but mostly because of his legacy as a pharmaceutical CEO who raised the price of an AIDS drug, daraprim. Stop me if you have heard this story already.

The system worked as it should. Shkreli was confident that he could take his case to trial and win – and he wound up losing. I don’t take any issue with the fact that the jury found him guilty for defrauding his investors, especially given that his conduct was also, in my opinion, 100% illegal. You absolutely cannot rob Peter to pay Paul in the securities business, even if you make both parties whole at the end of the game of “pass the hot potato”. That is the definition of a ponzi scheme.

In addition to everybody disliking Martin due to his business tactics, people also took exception to his brash public persona. He was undoubtedly outspoken and often a jerk. Without making a statement about whether or not I agree with his conduct, I will state that we all know outspoken people who are jerks. They are among us 24 hours a day, 7 days a week.

My unpopular opinion isn’t that a seven year sentence isn’t warranted, but that it doesn’t make sense when held in comparison to how the legal system treats others in the financial world. If this sentence is actually just, it shines a light on how many financial crimes have been treated way too softly over the course of the recent past.

For instance, here is a small chart of financial transgressions that I’ve made comparing settlements and other notable events in the history of the financial world.

Some may say that Shkreli deserved more stringent treatment because of his brash attitude toward Congress, the prosecutors and the legal system. But at the end of the day, isn’t that what our First Amendment rights are afforded to us for? The eyes of justice are supposed to be blind because everybody is supposed to have their fair shake at the legal process. While I believe that Shkreli did get his fair shake and that it didn’t work out in his favor, when holding his result up against those of people like those above, for instance, it personally doesn’t seem to line up to me.

People are arguing that because he raised the price of Daraprim, he should be in jail for longer. Um, no. He wasn’t on trial for Daraprim, nor was he on trial for “not being a nice person”. He was on trial for securities fraud and for misleading his investors. Thus, that’s what he should have been sentenced on – nothing else.

And while we’re at it, what about companies like Valeant (VRX) and Mallinckrodt (MNK) that have built billion dollar empires off of raising the price of pharmaceutical drugs? MNK, for example, has been a particularly odious and egregious offender of raising drug prices, basically making itself a multi-billion dollar company off of the back of a drug that once cost $200,000 to acquire.

In the last three years, since it has been discovered that raising drug prices isn’t actually a business model, the stock of VRX and MNK respectively is down 92.2% and 86.3%. Both companies have ungodly amounts of debt and are teetering on the brink of bankruptcy, in my opinion. 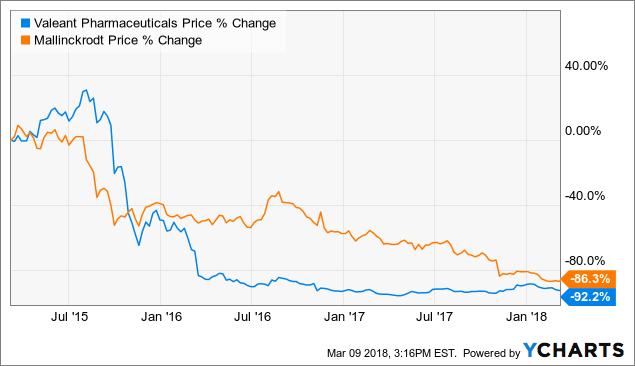 The previous company that MNK bought its main drug from did the exact same thing. And after what I still believe to be one of the most disgusting and clear acts of profiteering in the pharmaceutical industry, which I wrote about here, no one has been held accountable.

Meanwhile, the stock of Retrophin (RTRX), the first company Shkreli founded, is up 379% over the last 5 years. 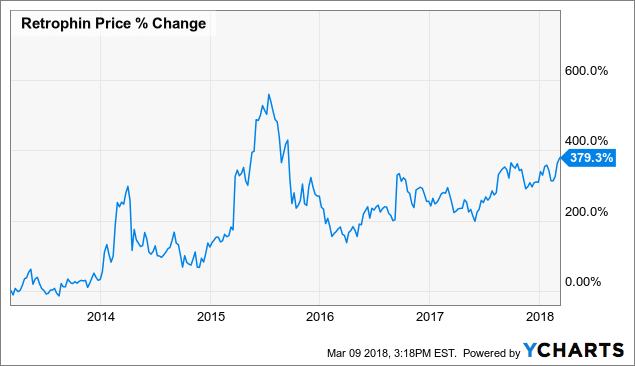 Again, unrelated to what he was charged for, but worth noting for context.

Shkreli was a cocky guy who undoubtedly broke the law, but the aggressive way he was pursued and prosecuted leaves me to wonder where the same vigor and ambition are in going after people like Elizabeth Holmes, John Corzine, Dick Fuld, or the CEO’s of countless companies that have been driven into the ground while the executives walk off scot-free, after cashing in their millions.

Seven years was likely the verdict because the prosecutors and the judge wanted to make a statement. But to me, instead of making a statement about Shkreli’s actions, they made a different statement: all Wall Street offenders are not held to the same standards.

Article by Quoth The Raven Research