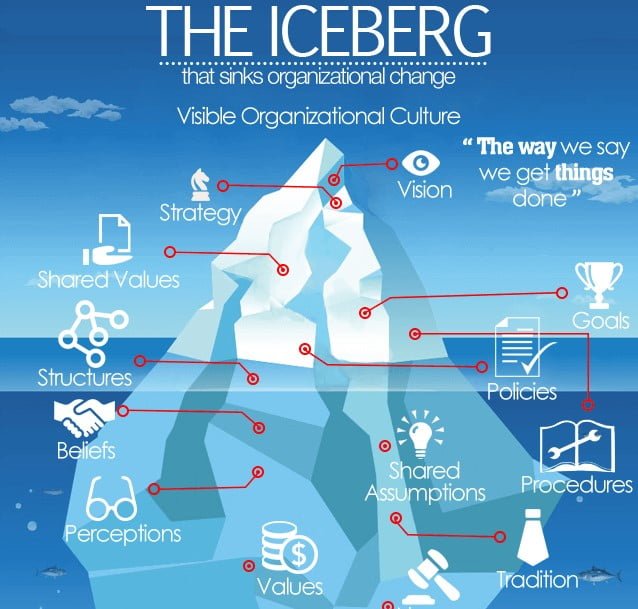 Most people are aware of the incredible power that company culture has in making or breaking a company.

While the concept of culture seems qualitative and fuzzy to many entrepreneurs or managers, the research on the impact of culture on organizations is very clear and data-driven. Companies with highly-engaged employees have low turnover, high productivity, more satisfied customers, and higher profits.

The following letter from Irving Kahn appeared in the June 25, 1962, issue of Barron’s. Irving Kahn wrote to Barron's criticising the publication’s comparison of the 1962 market crash to that of 1929. Irving Kahn points out that based on volume and trading data, the 1962 decline was a drop in the ocean compared to Read More

The Pitfalls of Culture Change

The benefits of a strong company culture are many – and it’s no surprise to see companies all over the world aspiring to build world-class cultures within their organizations at almost any cost.

The problem is that company culture, just like the culture that permeates through society, is based on hidden sets of assumptions, social norms, traditions, and unwritten rules that represent the way things actually get done in a company. As a result, decision makers often underestimate how challenging cultural change can be.

Today’s infographic comes from executive consultant Torben Rick, and it uses an iceberg analogy to show why organizational culture change sinks so many ships. At the top of the mass, there are visible indicators of a culture – but underneath is a bigger, invisible mass that holds all the ingrained cultural assumptions that are extremely difficult to affect. 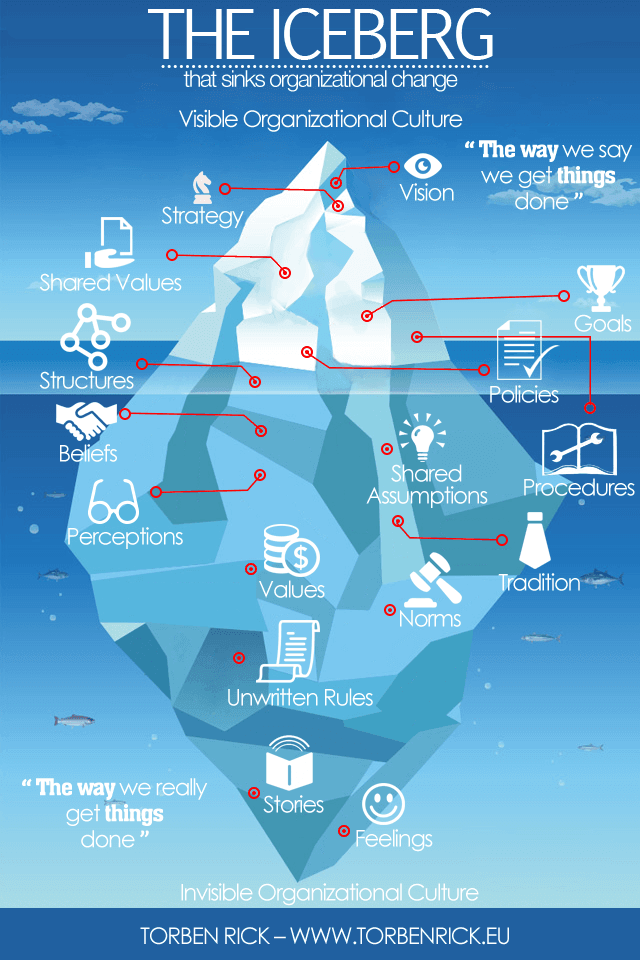 As Torben Rick puts it, the iceberg represents “the way we say we get things done” in contrast to the deeply-ingrained “way that things actually get done” within an organization.

In other words, for managers to positively affect cultural change, they not only need to address the top of the iceberg (vision, mission, values, etc.) but they must also make inroads on the bottom of the iceberg, which makes up more like 90% of a company’s actual culture.

Unfortunately, transforming these underlying perceptions, traditions, and shared assumptions is the real hard part of the exercise, and it can take many months or even years to see the results of such initiatives.

How to Build a Strong Company Culture

Cultural change cannot happen in one week of meetings, or through a few memos sent from higher ups. To effectively shape the bottom of the iceberg – those deeply-ingrained beliefs held throughout the organization – change must happen over a longer period of time where leading is done by example, and employees have the support they need to grow.

The following infographic from ZeroCater offers six ways to help get you started in building a strong culture.

As you embark on your voyage to build a stronger company culture, remember that organizational change is more complex and ingrained than it initially seems.

The amount of companies that are successful in these endeavors is far fewer than the amount that have tried – and this iceberg of organizational culture change has sunk many ships over time.