ValueWalk
Home Stocks Stratis: A Desirable Option For Those Who Love The Sidechains 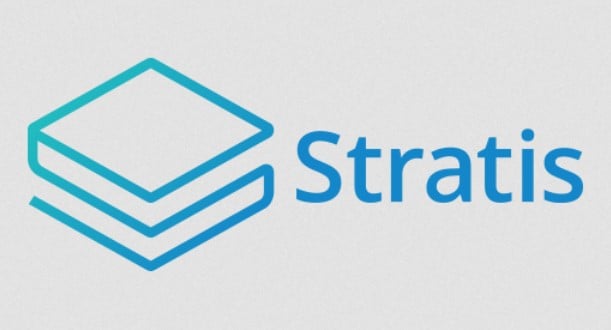 Stratis is designed as a Baas, or Blockchain-as-a-service platform to offer solutions to corporate clients in the financial business wanting to enjoy benefits offered by Blockchain technology. With Stratis, companies can create customized blockchain applications incorporating features that they need, making it a simpler development process while accelerating development lifecycle for their blockchain projects. Distinct and private blockchains created with Stratis can be customized and third party organizations can launch them. These private block chains or sidechains are secured via the main Stratis blockchain. These sidechains can then be easily accessed via APIs and lite clients. This also allows corporations to launch captive blockchain applications without the associated complications and costs in building and maintaining network infrastructure for their blockchain. Further, desirable features found on other blockchains like Waves or Ethereum can be combined into the captive sidechains for added efficiency.

Post the ICO, some 98 million coins have been distributed by Stratis and 85.7% or 84,000,000 went to the ICO investors with the remaining 14.3% or 14,000,000 reserved by Stratis core team for marketing, development, incentives and partnership programs.

Stratis represents the native currency associated with the Stratum platform and this is needed for creating and fueling the captive blockchains or sidechains that depend on the code used in the main chain of Stratis and the sidechains remain compatible with transfers between the two chains being straightforward. The Stratis platform is built on the Bitcoin Full node platform C#Stratis and the framework developed atop the NBitcoin library, which is nearly a complete of the Bitcoin Core in C#.NET Because NBitcoin is developed in pure C# and the .NET framework is used, developing and maintaining I a lot easier compared to the traditional core of Bitcoin in C++. The Stratis team also offers consultancy services to companies on features that are helpful for specific needs and means of implementing and using them.

Who should consider Stratis

Just about any large business that is aiming to take advantage of the Stratis platform can consider this Crypto. But, Stratis can be of particular advantage to areas like Medical Research because of the transparency it can provide to scientific publications, Provenance – with regard to verification and product tracking , IoT in areas of data management and recording, Fintech in Identity management.

As mentioned earlier, sidechains is the biggest plus for Stratis and that is a feature not offered b Bitcoin though Bitcoin did attempt implementing sidechains only to end up with tacky code and kind of a bandaid solution. Similarly, ethereum does offer smartcontracts but only on the primary or main blockchain. For large corporations with multimillion dollar transactions, co-existing on a common chain cannot be a comfortable thought. But, with Smart contracts on the Stratis network residing on true sidechains, companies can be confident that a failed token will not compromise their token. This is also one major factor that would encourage more and more developers to migrate from other options like ethereum.

With the Breeze Wallet having already been launched, running a Stratis masternode is now incredibly lucrative since Tumblebit functionality is the main backbone of this wallet. Operating a Masternode demands 250,000 Stratis coins and that in turn acts as a significant incentive for those who are holding large volumes of Stratis coins to hold on to their coins. With 250,000 Stratis coins locked into every masternode, you can imagine the impact on available supplies and therefore, the value of the coin itself as we move forward.

Breeze wallet is a game change from Stratis and it is a Bitcoin wallet that comes with a built in Tumblebit for the first time. If you have been wondering about the rising popularity of Stratis in recent times, Breezewallet is by far the major reason for this.

In recent times, you would have noticed the drama around Bitcoin and the controversy around its transition to Segwit. Original developers of Bitcoin had foreseen the potential necessity to integrate Segwit and lost no time doing so. It is integrated into the codebase itself and ready for activation by just flipping a switch.

A relatively huge hurdle for Ethereum was Solidity, a relatively complex and new programming language that the developers had to learn and work. Stratis on the other hand chose C# which is not only well established but also highly trusted. With nearly every software developer extremely competent in C#, companies need not hunt for scarce resources to teach a wholly new coding language to its developers.

At the time when Bitcoin was developed, the focus was more on the cryptocurrency itself and not the blockchain technology behind it. But, nearly a decade later things have dramatically changed and the world is ready to harness the power of blockchain technology for a wide array of applications. Stratis has apparently taken a leaf from the Bitcoin and Ethereum experiences and developed a product addressing the mistakes and polishing all rough edges. This is perhaps the major reason why Stratis is described as future-ready.
As at early February, 2018, Stratis is priced around the $6 mark with a market cap of about $565 M and 98.72 million coins in circulation. After the huge storm that shook up the coin markets towards the final days of 2017 and early 2018, things are sobering down now and all the excitement has vanished. Global financial markets have also been dropping like the proverbial nine pins. Therefore, from a price perspective, it could take several weeks to perhaps months for Stratis to garner fresh gains.