The private capital secondary market had a banner year in 2017. The fundraising market saw records in the number of funds closed and total capital raised: transaction activity, meanwhile, reached an estimated $58bn through the year*, a new high. The industry is increasingly seen by investors as a portfolio management tool, and four out of five buyers believe that is the primary motivation for sellers, along with the need for liquidity. As the industry grows in prominence, secondary buyers are increasingly targeting fund managers: a third of buyers purchased fund interests from fund managers or funds of funds, twice as many as in 2016. However, there are signs that competition is rising. The majority of secondary buyers reported that pricing was higher in 2017 than the year before across almost all private equity fund types, and they are increasingly turning to non-traditional transactions such as fund restructurings or stapled secondaries. 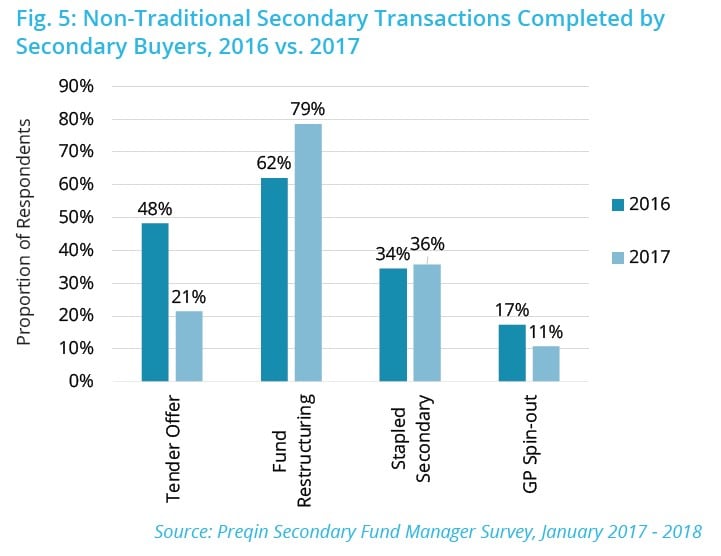 “The private capital secondary market has been gathering momentum for several years, as the perception among investors has moved from considering it a last resort to counting it as a powerful portfolio management tool. 2017 has marked a new height in market activity, with record amounts of capital being allocated to secondaries vehicles, and an unprecedented level of capital deployed into acquiring fund interests. Secondary buyers are becoming increasingly sophisticated and active as the market grows, and are embracing non-traditional transactions and targeting more investors. 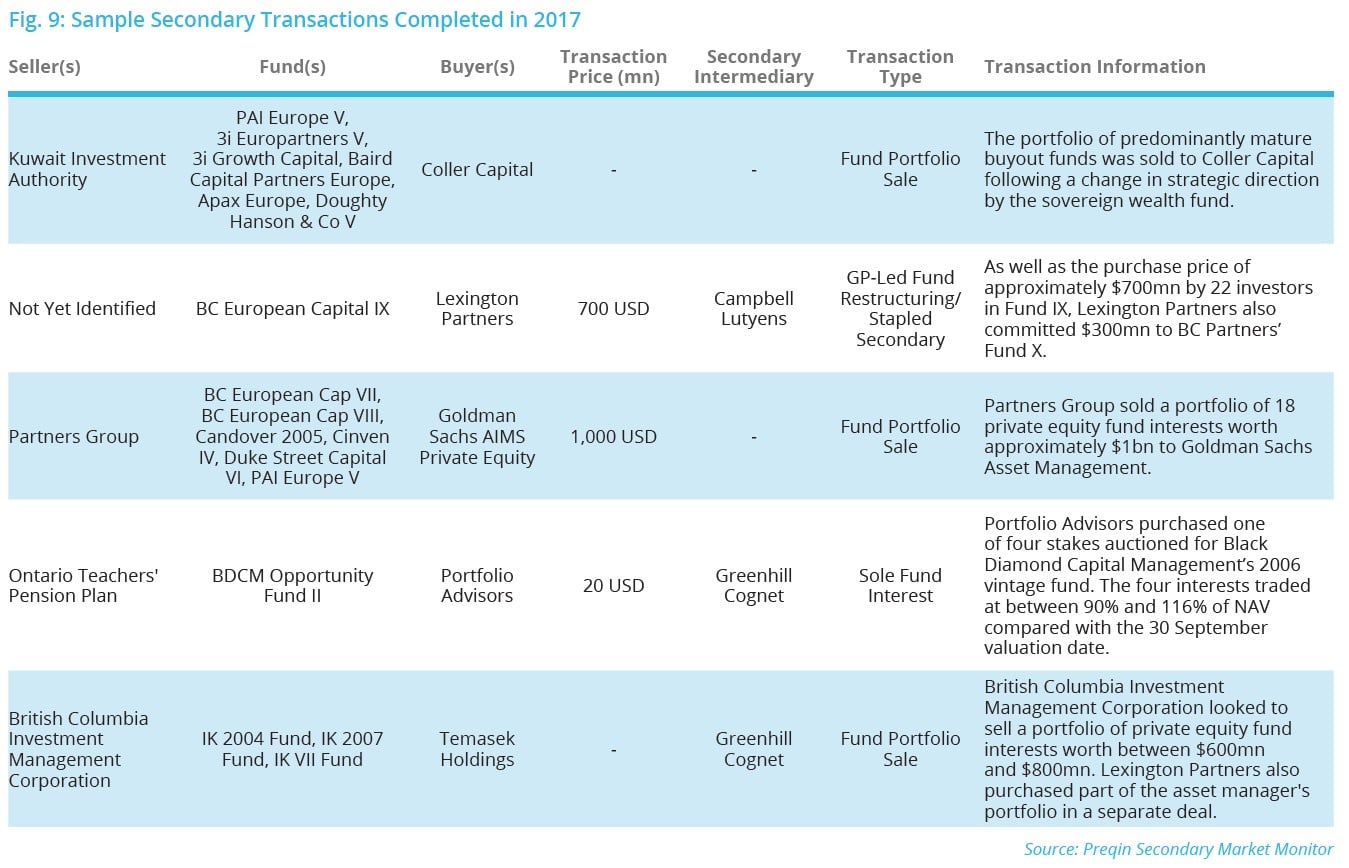 However, the movement of the industry towards the mainstream is resulting in more competition, and there are signs it may be having an effect on the pricing of secondary fund interests. Stakes in all private equity fund types traded at an average of at least 80% in 2017, and as much as 94% for large buyout funds. This leaves limited room for secondary fund managers to generate returns for their own investors. As more actors enter the market, competition for deals is only likely to increase, and this may have a sharp impact on performance that has hitherto been strong.”