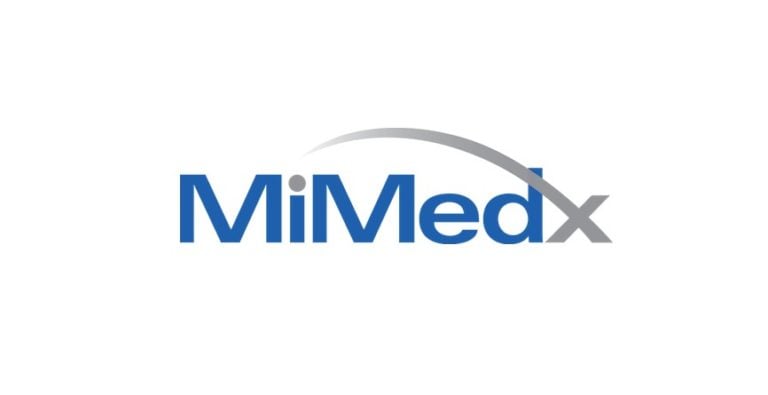 NEW YORK, Feb. 28, 2018 (GLOBE NEWSWIRE) — Pomerantz LLP announces that a class action lawsuit has been filed against MiMedx Group, Inc. (“MiMedx” or the “Company”) (NASDAQ:MDXG) and certain of its officers. The class action, filed in United States District Court, for the District Southern District of New York, and Docketed under 18-cv-01831, is on behalf of a class consisting of investors who purchased or otherwise acquired MiMedx securities between March 7, 2013 and February 21, 2018, both dates inclusive (the “Class Period”), seeking to recover damages caused by Defendants’ violations of the federal securities laws and to pursue remedies under Sections 10(b) and 20(a) of the Securities Exchange Act of 1934 (the “Exchange Act”) and Rule 10b-5 promulgated thereunder, against the Company and certain of its top officials.

If you are a shareholder who purchased MiMedx securities between March 7, 2013, and February 21, 2018, both dates inclusive, you have until April 25, 2018, to ask the Court to appoint you as Lead Plaintiff for the class. A copy of the Complaint can be obtained at www.pomerantzlaw.com.  To discuss this action, contact Robert S. Willoughby at rswilloughby@pomlaw.com or 888.476.6529 (or 888.4-POMLAW), toll-free, Ext. 9980. Those who inquire by e-mail are encouraged to include their mailing address, telephone number, and the number of shares purchased.

MiMedx Group Inc. is a biopharmaceutical company that focuses on biomaterials for soft tissue repair, such as tendons, ligaments, and cartilage, as well as other biomaterial based products for other medical applications. MiMedx utilizes a number of different distributors to deliver its products. Among those distributors is AvKARE, Inc. (“AvKARE”) – a federal contractor. Through MiMedx’s distribution agreement with AvKARE, the Company was able to order products directly to Department of Veterans Affairs (“VA”) hospitals at will. The revenues derived from MiMedx’s distribution agreement with AvKARE made up a significant portion of the Company’s total revenue. In 2013, for example, 56% of the Company’s total revenues were attributable to its agreement with AvKARE.

The Complaint alleges that throughout the Class Period, Defendants made materially false and misleading statements regarding the Company’s business, operational and compliance policies. Specifically, Defendants made false and/or misleading statements and/or failed to disclose that: (i) MiMedx engaged in a “channel-stuffing” scheme designed to inappropriately recognize revenue that had not yet been realized; (ii) MiMedx failed to disclose its financial ties to physicians, as required by federal law; (iii) the Company lacked adequate internal controls over financial reporting; and (iv) as a result of the foregoing, MiMedx shares traded at artificially inflated prices during the Class Period, and class members suffered significant losses and damages.

In December 2016, two former employees of MiMedx filed a complaint against the Company, alleging, among other things, retaliatory termination by MiMedx after reporting fraudulent revenue recognition practices (defined herein as the “Whistleblower Action”). In particular, those employees alleged that MiMedx had engaged in a “channel-stuffing scheme” to “fraudulently recognize revenue [purportedly earned under its distribution agreement with AvKARE] in its certified financial statements before the revenue had been realized or realizable and earned.” The Company denied those claims and, in fact, sued the employees for tortious interference, among other things.

In September 2017 several market research analysts published reports which, among other things, focused on the allegedly fraudulent revenue recognition practices of MiMedx alleged in the Whistleblower Action. Again, MiMedx denied these allegations and sued each of the research companies for, among other things, libel, slander, and defamation.

Then, on February 22, 2018, the Wall Street Journal published an article entitled “MiMedx, Fast-Growing Developer of Tissue Graft Products, Didn’t Report Payments to Doctors.” The article reported that MiMedx “has financial ties to more than 20 doctors . . . but the company hasn’t reported these payments to the government under a 2013 law.”

The Pomerantz Firm, with offices in New York, Chicago, Los Angeles, and Paris, is acknowledged as one of the premier firms in the areas of corporate, securities, and antitrust class litigation. Founded by the late Abraham L. Pomerantz, known as the dean of the class action bar, the Pomerantz Firm pioneered the field of securities class actions. Today, more than 80 years later, the Pomerantz Firm continues in the tradition he established, fighting for the rights of the victims of securities fraud, breaches of fiduciary duty, and corporate misconduct. The Firm has recovered numerous multimillion-dollar damages awards on behalf of class members. See www.pomerantzlaw.com