ValueWalk
Home Economics Are Your Knuckles White Yet? 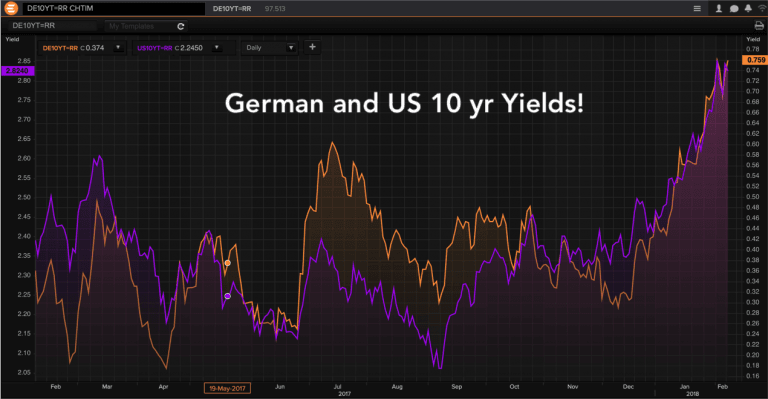 115.6% — that’s how much the VIX moved on Monday. And that was all it took to end the life of the VelocityShares Daily Inverse VIX Short-Term ETN (XIV).

And now we have pundits on TV expressing their shock and dismay. Really?!

This is plain silly. It’s worse abuse than shopping for clothes or being stabbed, because a trained monkey could see this one coming.

Even yours truly tried his best to lay it out in simple English all the way back in 2016 (3 times, actually). When warning you, dear reader, that a short squeeze was coming we explained it like this:

Every time you sell volatility you get paid by the counter-party who is typically hedging the volatility (going long) of a particular position and paying you for the privilege. This is not unlike paying a home insurance premium where the insurer takes the ultimate risk of your house burning down and you pay them for the privilege. The difference however between selling volatility in order to protect against an underlying position and selling volatility in order to receive the yield created is enormous. And yet this is the game being played.

The Central banks have managed to create a sense of calm in the markets exhibited by record lows in volatility and for their part Joe Sixpack investor has used linear thinking extrapolated well into the future assuming ever greater risk ignoring market cycles and extremes at their peril.

Traders are aggressively hunting for yield and finding it in selling volatility. This works wonderfully…until it doesn’t.

And then we went a bit further saying this:

While I’m not predicting it though we are due a recession purely based on the business cycle, a market crash would almost certainly wipe out the entire low volatility ETP complex, and a market correction (overdue) will see a scramble amongst those who’ve been treating an ETP as a bond.

It’s like when you hear a sound in the house at night. Your limbic system senses danger and goes berserk. Your body freezes stock still and all the blood drains from your face. It has to in order to feed your muscles in case you need them to do damage to some balaclava clad thug. It’s also why your face goes white. No blood, see?

Well, investors are much the same.

They hear the sound of breaking glass and they’re now all ears, knuckles white and palms clammy. It’s really not a good place to be.

Take a look at what’s happening in this sell off. Remember, sell offs are “risk off” moves. That entails capital fleeing to “safety”. Bonds, right?

Is the Pope Catholic?

Now, let’s take a gander over to the land of the long, grey, murky cloud. This from BOE’s Mark Carney:

“It will be likely to be necessary to raise interest rates to a limited degree in a gradual process but somewhat earlier and to a somewhat greater extent than what we had thought in November,

Demand growth is expected to exceed the diminished supply growth.”

And speaking of levered batshit crazy real estate — almost exactly a year ago the average time to flog a property in Sydney was just 29 days. And lookie here, today it’s climbed to 42.

Now, any trader worth their salt will tell you that declining volume especially when accompanied by rising prices is about as dangerous as Glenn Close with that big, shiny knife in the bathtub.

And here we sit in early 2018, and I find that Sydney house prices are falling. And guess what? Rates have hardly even begun to move. But they will.

Right now, all the pointy-shoed Wall Street crowd is running around all swivel-eyed and bonkers. And good on them. It’s good to get out and feel the juice run through your veins once in a while. God knows most of them could do with the fresh air and exercise. But aren’t we missing something here?

In this noise and clutter of the heat of battle we’re forgetting that the risk — the real risk — is that bonds have turned. And yes, inflationary pressures have been with us for some time now and are gathering force.

And if that’s indeed the case, then there are certain sectors that you really want to be owning because when the blood finally flows back to the face and knuckles and the market realises that the intruder was just a cat, they’ll start thinking this all through.

They’ll realise that owning companies that incinerate cash probably isn’t the best idea while owning those that protect against inflation may not be the worst idea out there.

Have a great weekend and thanks for reading.

“Risk comes from not knowing what you’re doing.” — Warren Buffett