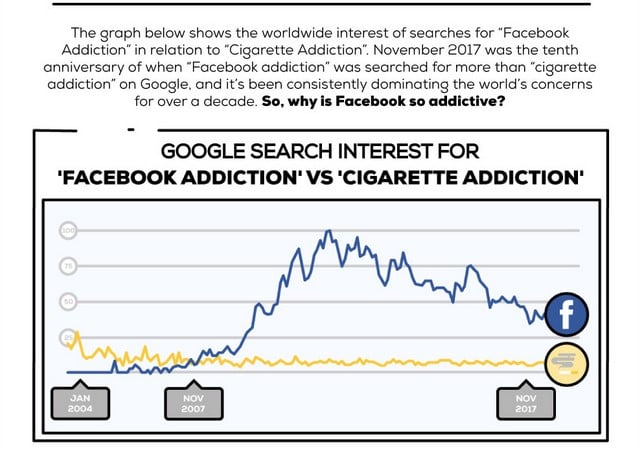 Probably the most widely used and known social networking site, almost half of Facebook’s users visit it every day. While “Facebook addiction” or “Facebook addiction disorder” are not medically approved terms, the reality of addictive behaviours on Facebook are a growing problem for many Facebook users, and one that therapists are seeing more frequently in their patients. If you’ve found that connecting, sharing, and learning via Facebook has taken over all avenues of communicating and learning in your life, it’s possible that you’re suffering from Facebook addiction. 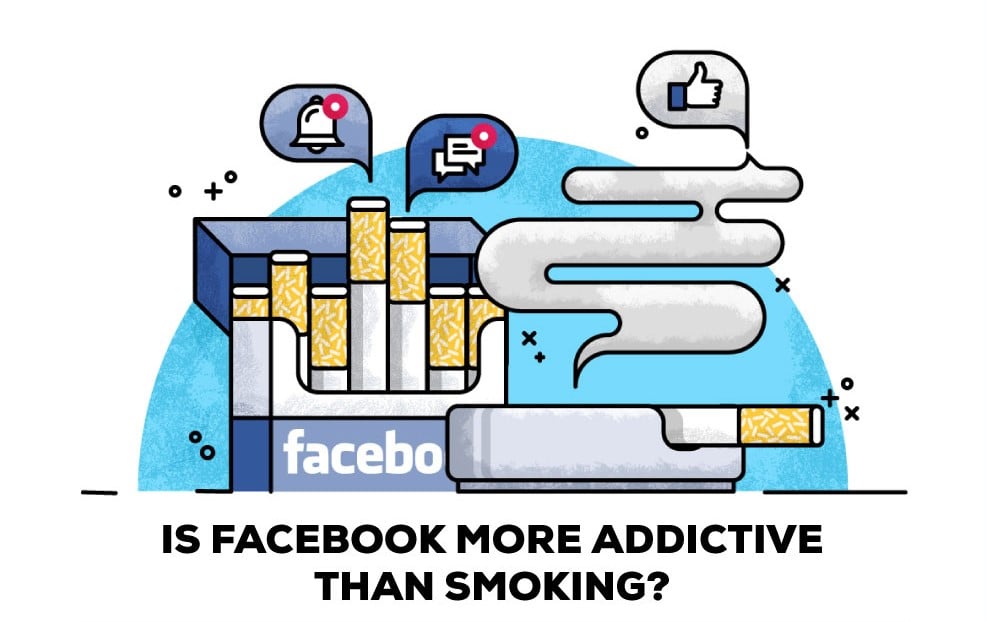 The Facebook algorithm interprets more than 100,000 “signals” to make its decisions about what users see. A study by Pew Research Centre in 2014 suggests that “44% of Facebook users ‘like’ content posted by their friends at least once a day, with 29% doing so several times per day”. Feeding a user’s previous ‘likes’ into this algorithm, Facebook could predict with 95% accuracy whether someone was white or African American, whether they were a gay male with 88% accuracy, whether you were male or female with 93% accuracy and age could be reliably determined 75% of the time.

So, are Facebook and other social media companies intentionally exploiting people’s psychological vulnerabilities to keep them addicted? Well, knowing so much about their users and being able to predict what they are most likely to be interested in with such accuracy allows Facebook to make content even more addictive. There are many scientific and psychological reasons behind why users are so addicted.  SSLs have looked into six main addictive tactics that the social media giant uses to attempt to explain how Facebook keeps 26% of the world’s population using the platform with 1.37 billion logging in daily.

The graph below shows the worldwide volume of searches for “Facebook Addiction” in relation to “Cigarette Addiction”. This November is the tenth anniversary of when “Facebook addiction” was searched for more than “cigarette addiction” on Google, and it’s been consistently dominating the world’s concerns for over a decade. Searches rose at a rather alarming rate from 2007-2011, however, since then they have been gradually decreasing. This graph demonstrates the extent that Facebook addiction is affecting the world’s population. Philippines have searched for “Facebook Addiction” more than every other nation, closely followed by South Africa and Ireland.