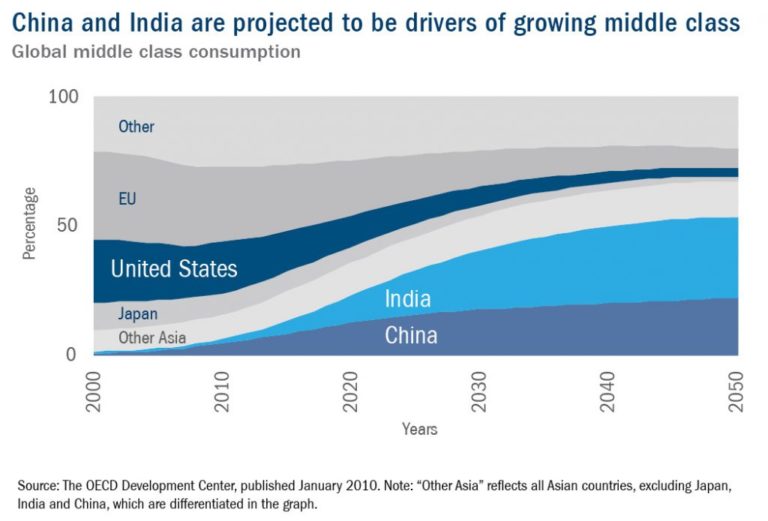 The risks of emerging markets are different from developed markets. But they also present growth opportunities that are too big to ignore.

Emerging markets sparked a lot of inquiries from advisors and investors in the past year. Those who weren’t that familiar with emerging markets found them risky. And we heard the question, “What’s wrong with limiting my investments to developed economies?”

But while emerging markets do present a different set of investment risks compared with developed markets, they also offer growth potential that established markets simply can’t match. Here are three key insights to consider for 2018:

Keep an open mind about emerging markets. They’re too big to ignore.

Take advantage of the rapid growth potential of emerging economies.

There are two factors that drive economic growth: population growth and productivity growth. And for both of those factors, trends favor emerging markets. The demographic story in emerging markets tells us that there’s rapid population growth compared with developed markets. When it comes to productivity, it’s not that we’re doing anything wrong in developed markets; it’s simply that we’re already so productive. So, creating more output per worker in an advanced economy requires ongoing investment in the latest equipment and technology to help do the job faster and better. Boosting productivity in the emerging markets might be as simple as installing some lights so employees can work when it gets dark.

Count on the numbers. Consumption is a key theme for emerging markets investors.

In 2000, only about 4% of the world’s population was middle class living in emerging markets. By 2030, that’s expected to increase to 15%.2 China is projected to overtake the U.S. as the largest middle class by 2020, and India is projected to pass the U.S. a year later.3 It’s not just the size of the middle class that’s growing — it’s also their discretionary income and spending. For investors, this translates to more opportunity for growth in consumer sector emerging market companies.

Read more insights like this in our 2018 Annual Insights

Why invest in emerging markets?

So the emerging markets offer this combination of they’re big, they’re meaningful and you have to be aware of them, but they also have good growth going forward. What’s driving growth in emerging markets is what drives growth in every economy—population growth plus productivity growth. And those, those are complicated terms. So let’s think about it simply. You own a bakery. How could you bake more bread? I’m going to suggest there’s only two ways you can bake more bread: more bakers or better ovens. More bakers means more workers, that’s called labor force growth. Productivity, that’s your better ovens, you get more out of the oven. Well, what emerging markets have going for them is great demographics, rapid population growth, measurably more than the, what we call the developed markets, the U.S., Europe, Japan.

And also, what the emerging markets have going for them is this productivity growth -- my better ovens analogy. Productivity, emerging markets is forecasted to grow at rates of like, four to five percent. In the developed economies, like the United States, Europe, Japan, the number is more like one or two. It’s not that we’re doing anything wrong in the developed markets like the United States, Europe, Japan; it’s that we already are so productive. So boosting productivity, more output per worker, you know, more bread out of the oven, so to speak, in that analogy, in an advanced economy like the United States, like Europe, like Japan, requires big investment. I mean, going to new operating systems, and 3D glasses and artificial intelligence. Boosting productivity in the emerging markets might be as simple as putting in a light bulb so workers can work as it gets dark. You talk about growth of five, six, seven percent in the economies in the emerging markets, while the more advanced economies like the US, Europe, Japan, real growth tends to be two, three percent, sometimes stuck at around one or two percent.

I think investors who are attracted to emerging markets have to realize that attraction has risk in it that’s unique to emerging markets. They don’t necessarily have the transparency, the visibility, the flow of information that we have in the United States, what we call the developed markets, the US, Europe, et cetera. They don’t necessarily have the regulations that control companies that we have in developed markets. So yes, there are risks that are unique to emerging markets that are part of the, what I’ll call the costs of getting the opportunity in those emerging markets. So if you’re not investing in emerging markets -- and it might not be right for you -- but at least be aware you’re making a decision to avoid what is the biggest economy in the world. And you’re also making a decision to avoid what most analysts would forecast to be the most rapidly growing economy in the world