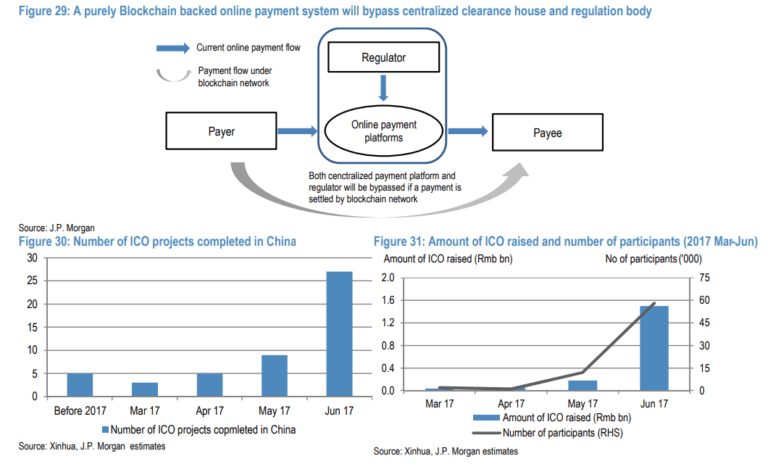 Efforts by Chinese policymakers to introduce bitcoin regulation have made it clear that the cryptocurrency, and its peers, are unlikely to become the dominant payment method within the region as many of bitcoin’s proponents suggest.

In what is one of the most significant setbacks to the adoption of cryptocurrency around the world, China’s Central Bank has made it clear that these assets are only virtual commodities and not legal tender. The PBOC issued this guidance in 2013, although this hasn’t stopped Chinese investors and speculators from taking part in the cryptocurrency boom.

According to a report from Bloomberg, published at the end of last year, around 58% of the world’s cryptocurrency mining pools are located in China, followed by the US at 16%.

Even though significant financial institutions within China are forbidden from providing payment services for products denominated in bitcoin due to bitcoin regulation, other platforms have emerged to offer investors this service.

Regulators have tried to keep up with new entrants to the market. At the beginning of 2017 regulators stepped up the on-site inspection of major cryptocurrency trading platforms leading to several platforms being shut down. This resulted in the volume of cryptocurrency global trading denominated in RMB plummeting from more than 90% of total transactions to less than 20% by March of 2017.

To make it clear that it is serious about bitcoin regulation, China announced a ban on initial coin offerings in September of 2017 and the PBOC reiterated its stance that cryptocurrencies are not legal tender and financial institutions are banned from providing services for these assets. Analysts JP Morgan point out at this time around when the PBOC reiterated its stance it referred to all cryptocurrencies, not just bitcoin as it had done before. 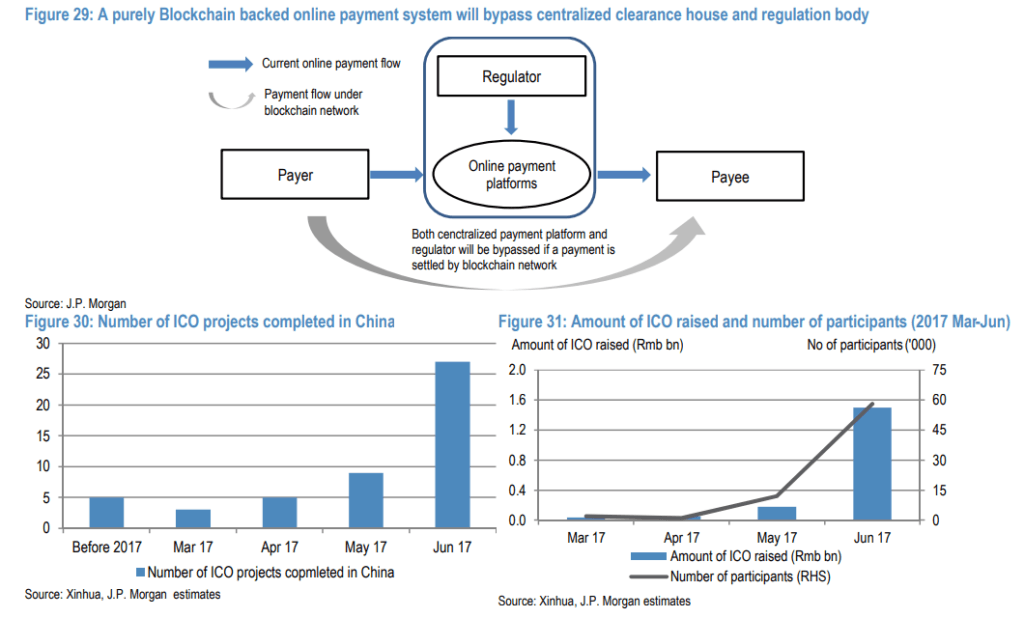 According to JP Morgan’s analysis on the topic of bitcoin regulation, despite its attractive qualities, the cryptocurrency is still too underdeveloped to act as a widely available currency across China (ignoring any actions from regulators).

The most prominent problems are perhaps bitcoin’s most attractive qualities. It’s decentralization, anonymity, and ability to pass existing regulations already in place could cause “severe regulatory issues, such as increased money laundering.” It’s not just regulatory factors that may hold back the adoption of bitcoin as a widely accepted currency. The bitcoin infrastructure itself is not designed to act as a global payment system (yet). As JP Morgan’s analysts point out, the daily transaction volume for large bitcoin networks is approximately 200,000 day, compared to 100 million for large commercial banks in China. This is partly because current blockchain technology is “far from mature, and it sometimes takes several hours or even a day to confirm a Bitcoin transaction when there is network congestion.”

What’s more, it’s hard to determine the underlying value of bitcoin. With price volatility as high as 40% every day, it’s almost impossible to use the cryptocurrency in transactions. There could also be a problem with bitcoin liquidity:

“From a liquidity perspective, the total supply of Bitcoin is set to be 21mn globally, while approximately 16.5mn Bitcoin have been mined. The limitation of supply may cause deflation effect on Bitcoin and affect liquidity if it’s used as currency.”

China isn’t the only emerging market introducing bitcoin regulation. Emerging markets are generally troubled by the anonymity of cryptocurrency. The world is increasingly concerned about money laundering and the funding of terrorism, which means that it is hard to imagine any authority allowing anonymous transactions. And it’s not just the criminal possibilities that make anonymous transactions complex to deal with. JP Morgan’s recent report on the topic notes that anonymous transactions would, “would test civil and criminal laws that require establishing the identities of those involved in a transaction, the end use of the underlying commodity or service being transacted, and the sources of funds used in financing it. For example, it would make it very difficult to curb tax evasion…”

India, for example, has been extremely aggressive in cracking down on tax evasion and money laundering in the country over the past two years. The state took a massive and painful demonetization of its currency in 2016, and since then the government has been advocating digital financial transactions to track better the identity of the entities involved and the sources of funding. It’s hard to see how the government could now encourage the use of anonymous cryptocurrencies while at the same time cracking down on cash, which means stringent bitcoin regulation is likely.

On the other hand, cryptocurrencies are more attractive for states like Venezuela, which has seen a massive devaluation in its currency. Venezuela is planning to issue its own cryptocurrency called petro. As the JP Morgan report explains:

“The currency would be backed by the country’s natural resources, namely oil, gold, and diamonds. Their hope is that transactions in the CC can bypass the sanctions on cross-border transactions. The details of the payments system are being worked out and the lack of specifics makes it difficult to assess the success of the new currency.”

It’s easy to see why heavily sanctioned countries such as Venezuela would go down this route. The anonymity of cryptocurrencies makes them the perfect vehicle to sidestep sanctions. However, there are still many questions that need to be answered before analysts understand how a currency like the petro would help Venezuela. A currency backed by commodities is not a new concept (the gold standard), but there are reasons why other countries don’t use a similar structure.

For example, linking a currency value to a globally traded commodity makes its value volatile, and unrelated to the domestic business cycle, forcing the economy to go unwarranted and painful output and price adjustments. This currency structure also makes it difficult for a Central Bank to provide emergency liquidity in a crisis.