News reaches us that a number of bankrupts – Scottish businessmen apparently – are fiddling the system. If true, then this is extremely serious: bankruptcy is the most important part of our economic system.

Since we humans are prone to making mistakes, all of our economic systems are at risk. So we need a tool that will recognize the failures and then try to do something about them. The capitalism and markets system does this rather simply. If you make mistakes, you’ll run out of money and you will disappear. The system neatly excises anyone not adding value by pushing them into bankruptcy.

If a business has stopped making a profit, this is a way of reallocating its resources so that they start adding value again.

Bankruptcy as a Method of Resource Allocation

It isn’t a punishment for getting something wrong. Bankruptcy is more hard-headed than that. If a business has stopped making a profit, this is a way of reallocating its resources so that they start adding value again. Any organization — however owned, run, or capitalized — will have economic assets, whether land, labor, machinery, or buildings. The task, therefore, once the failing activities have been identified, is to move those assets to where they can add value.

This is often brutal and not entirely fair, but it is a crucial part of economic efficiency. We don’t want to have potentially productive assets lying idle, nor do we want them devoted to activities that subtract value.

This is the crux of the system. Unsecured creditors are likely to lose much, if not all, of what they are owed. Shareholders should lose everything they’ve devoted to the enterprise on the entirely fair grounds that, since they get the profits, they should also shoulder the losses. They were going to take the profits, rightly so, of something that worked. They’ve laid their own assets on the line to enable that. The line has been reached, thus they should lose them.

Some people who weren’t making mistakes are going to lose their money.

Bankruptcy Isn’t Always Fair, but It Is Necessary

Which brings us back to the point about bankruptcy not necessarily being fair, sometimes even brutal because it’s not a perfect solution at all. Some people who weren’t making mistakes are going to lose their money. Suppliers, for example, might get pennies on the pounds of what they’re owed. This isn’t necessarily just, but it is necessary for economic efficiency.

But what if people who are supposed to be in this boat are fiddling the system? That’s where the implicit bargain, that trade of justice for efficiency, breaks down. We’ll put up with this perceived unfairness in favor of that economic necessity only if all are seen to be playing by the same rules. Sure, the window cleaner gets stiffed in a bankruptcy, but if that is to be so, then so should those who would have profited from success.

And that is why this is all so important. We do need a general public buy-in to our system of clearing up the inevitable economic mistakes. Fiddles reduce that and, if egregious enough, destroy it. Yet there is no other system, other than asset reallocation through bankruptcy, which actually works to drive the economy along.

That’s why, if these allegations are true, then we should come down on the criminal businessmen like a ton of bricks; they are abusing the vital part of the system that makes the rest of the economy work. How could we have the inventiveness, the experimentation, of the capitalist market economy if we didn’t have a system of clearing up the inevitable errors? 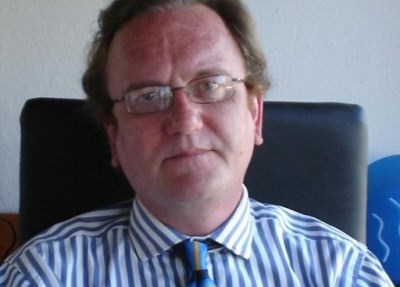