“It’s been interesting to watch the growing appetite public pension plans have for private equity investments in 2017, and to see the spread widen between private equity and other asset classes as much as it did in Q4,” said Graeme Faulds, eVestment’s Director of Private Markets solutions.

“Public pension plans have large pools of investable assets,” he continued. “And, because of their public nature, they also have higher disclosure and fiduciary responsibilities to their stakeholders than many private equity and private markets investors. Investment managers hoping to win these commitments have to be willing to accept this greater transparency and it appears an increasing number of them are.” 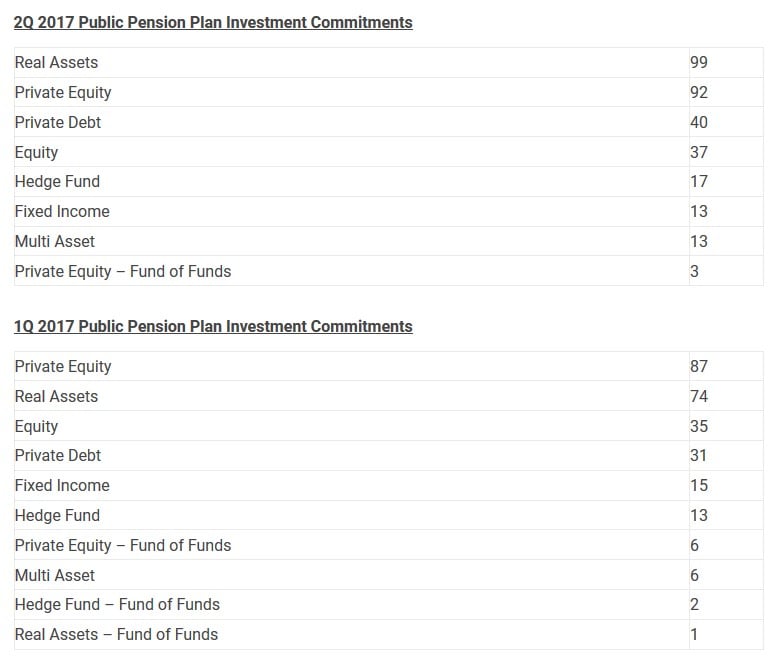