A recently filed patent discovered by GSMinfo suggests the development of an LG foldable phone. The device may be a solid competitor to upcoming flagships like the Galaxy Note 9 and the new iPhones.

The idea of an LG foldable phone is far from the first of its kind to be patented. While we haven’t really seen many of these devices make it to market, there have also been developments in the foldable smartphone scene from the likes of Samsung, who are rumored to be releasing a foldable pGhone within the next year or two.

A patent for an LG foldable phone doesn’t necessarily mean the technology is already fully developed – or even that it will make it into a smartphone in the first place. It does, however, show that LG has enough of an idea regarding the design of such a phone that they were able to protect their idea legally. We’ll have to wait and see whether this design for an LG foldable phone truly makes it to market, but the LG foldable phone is certainly a unique solution to a problem that has plagued the high-end smartphone industry for the past couple of years.

As more and more people use their phones as their primary method of consuming media and browsing the web, the demand for bigger screens continues to grow. However, making phones much bigger than they are now would make it difficult to operate your phone with one hand – let alone fit it in your pocket. A display like the one featured in the LG foldable phone patent suggests a solution, describing a phone that folds out to become a tablet of sorts while flipping down to be the size of a normal flagship. 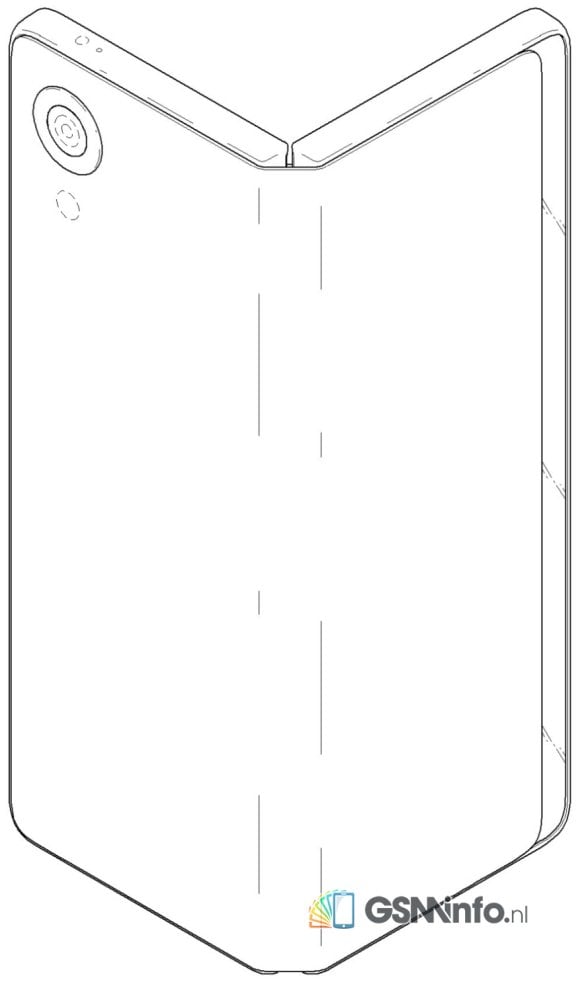 The patent for the LG foldable phone was reportedly filed back in July of 2017 before being published publicly January 12, 2018. This means that the technology has been in development for quite some time, so it may not be too long until we see a tru LG foldable phone – perhaps this year or next.

The images from the patent show a camera component on the back panel, and when the device is folded it acn display information like the time on the front of the phone.

An LG patent filed to the World Intellectual Property Organization shows a potential folding hybrid tablet and phone device, as spotted by GSMinfo. The patent describes the device as a “mobile phone with a flexible display which can be folded in half.” It was initially filed in July 2017 before being published on January 12th, 2018. The design patent shows two versions of the potential phone.

The first model is a foldable phone that features a camera component on the back panel. When folded, the device can display information like the time on the front screen. The second model offers a similar take on the LG foldable phone, but is constructed slightly differently. When the phone is folded, the rear cover is pushed to the side to reveal a transparent section. This transparent area could be used to display notifications or the time.

There’s currently no word on a release date, but the LG foldable phone is shaping up to be a solid competitor to Apple and Samsung.