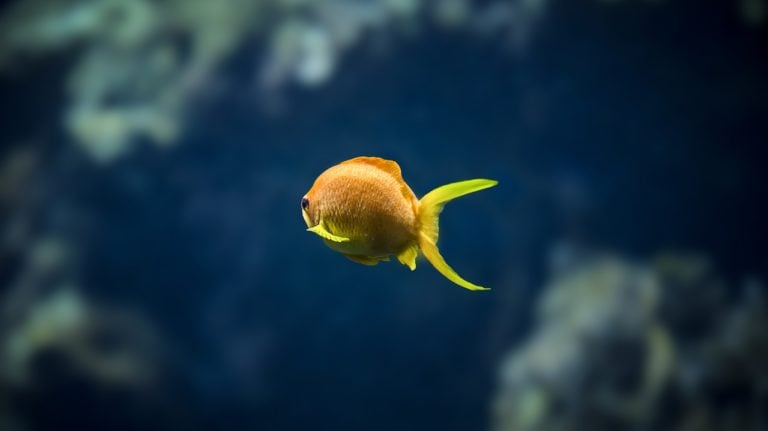 The world continues to face the newest challenges from global climate change, which could result in devastating consequences. The latest research conducted by Australian researchers reveals a demonstration of how global warming can damage marine food chains, which can affect underwater life.

The study has been published in the journal PLOS Biology. It unveils that the effect of warming oceans and high and increasing levels of dissolved carbon dioxide could have an impact on the transfer of “energy” from the lowest to the higher members of marine food chains. That could result in less availability of food which the different species use. Scientists posted this scenario after they tested the conditions in 12 tanks of 1,600 liters during a period of six months.

They filled their artificial ecosystems with different species, which included algae, shrimp, sponges, snails and fish. After that, they created adverse conditions with a higher temperature of water and managed to maintain water acidity with higher CO2 levels.

The survival, growth, and other factors in all animals and plants in the system helped researchers make special food models, which unveiled the change in the flow of energy. The higher temperatures affected the transfer of energy from plants to grazers. Additionally, higher temperatures and CO2 levels combined had an impact on the energy flow of both plants to grazers and from grazers to predators.

The warmer water affected the growth of inedible blue-green algae at the expense of plants which are of critical importance for marine food chains.

“This increased primary productivity does not support food webs because these cyanobacteria [blue-green algae] are largely unpalatable and they are not consumed by herbivores,” according to a press release.

That would mean that due to the climate changes, global warming can damage marine food chains because of the lack of energy, which means that the predators would have nothing to eat. That would, of course, affect the wide range of species living under the surface.

“Healthy food webs are important for maintenance of species diversity and provide a source of income and food for millions of people worldwide,” said the study’s lead author Hadayet Ullah in the press release. “Therefore, it is important to understand how climate change is altering marine food webs in the near future.”

“If we are to adequately forecast the impacts of climate change on ocean food webs and fisheries productivity, we need more complex and realistic approaches, such as large mesocosms that provide more reliable data for sophisticated food web models,” project leader Professor Ivan Nagelkerken said in the press release.