ValueWalk
Home Info-Graphs Most people who identified as not knowledgeable about cars, chose a Tesla... 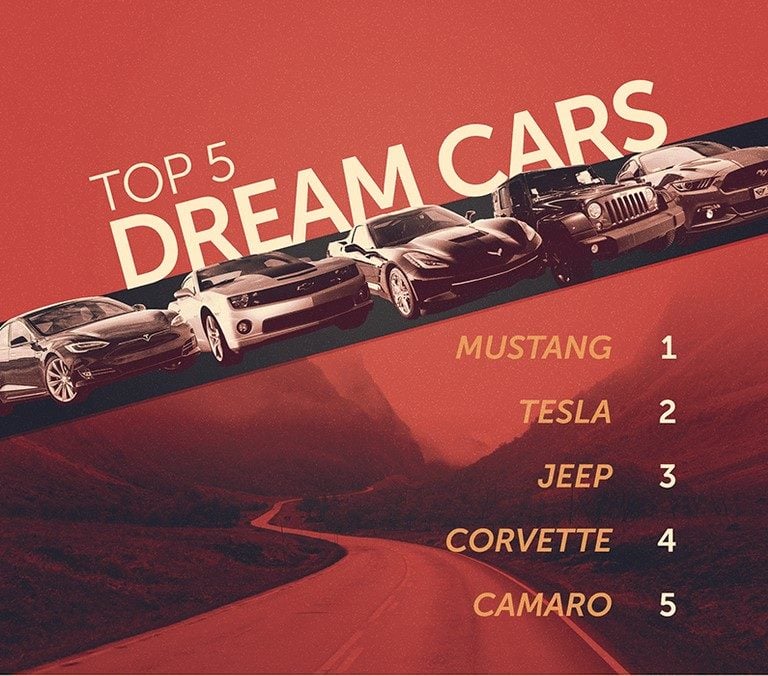 We’ve all thought about what type of car we would buy if money was no object right?  I always wanted a BMW when I was younger because of James Bond.  When most people think dream cars, names like Porsche, BMW, Lamborghini, and Tesla all come to mind as they are quintessential dream cars for most people.  However they don’t even crack the top dream cars according to new survey data from Gold Eagle.

The results for the top 10 dream cars can be seen below:

The survey data also showed that Tesla was the most popular dream car for millennials, where Gen X’ers love the Camaro and Baby Boomers are all about the Corvette.  It makes sense to see that differences in dream cars for the different generations.

The survey data also looked at the most popular first cars in America.  The top 10 list is below:

They also found that they average car owner paid roughly $5,600 for their first car. To see the full data set, check out the full survey and infographic from Gold Eagle. 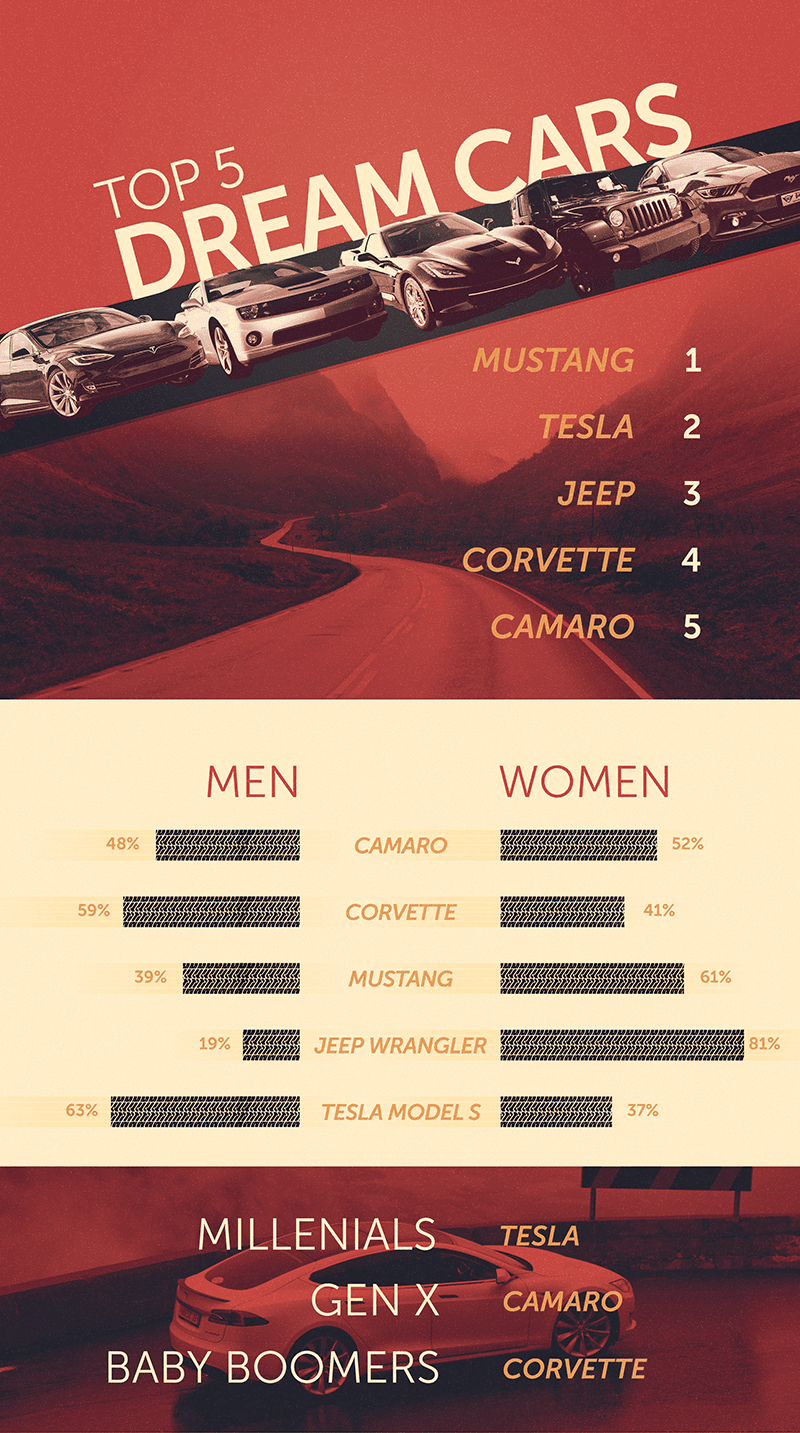