Those interested in the drone sphere have been eagerly awaiting the release of the DJI Mavic Air. This new drone from DJI is an intriguing prospect, as it combines qualities associated with the Mavic Pro and the more budget-oriented Spark.

It’s not that long ago that the idea of a drone seemed like a remote or fanciful concept, but the aircraft are now becoming more mainstream. But the technology associated with drones remains fairly expensive, meaning that some of the budget devices available fail to deliver the quality that consumers require from them.

For example, although the aforementioned Spark is generally considered to be one of the best inexpensive drones available on the market, it ultimately leaves a lot to be desired in comparison to the premium offerings. The DJI Mavic Air is intended to be the first drone release that delivers the qualities of a market-leading unit at a more affordable price points.

With its foldable wings and 3-axis gimbal, the DJI Mavic Air features an instantly recognizable design. The drone can be seen very much as a replacement for the Spark, as many observers have commented that the DJI product line is becoming rather confusing. It would certainly make sense for DJI to establish the DJI Mavic Air as its budget offering.

While DJI will be unveiling the Mavic Air at a special event in New York, the first photographs and specs related to this drone aircraft have now been revealed. For those interested in following the unveiling of the DJI Mavic Air, the event in question will begin at 10am eastern time.

It is important to note that the photos and specifications related to the DJI Mavic Air have been leaked, so they must be called into question to a certain extent. But considering the proximity to the unveiling event, and also the fact that they have emanated from a tipster who has been correct with previous predictions, it means that the information can be considered pretty solid.

Furthermore, the photos and specs do seem to be legitimate, and much information has already been leaked from other sources. Notable in the photographs of the DJI Mavic Air is the swooping lines that were I first revealed in the official DJI invitation and teaser video for the unveiling event.

One of the photos shows a banner which highlights some of the standout features of this new drone aircraft. And it is from this image that the known specifications of the Mavic Air can be revealed.

Firstly, the photographic and video specifications of this drone aircraft are impressive, with a 32-megapixel camera with a panorama feature included for still captures. This is backed up with a 4K video specification, and 4K resolution can be captured at 60 frames per second. This will be considered essential among drone aficionados, considering that 4K resolution is becoming ever more mainstream. 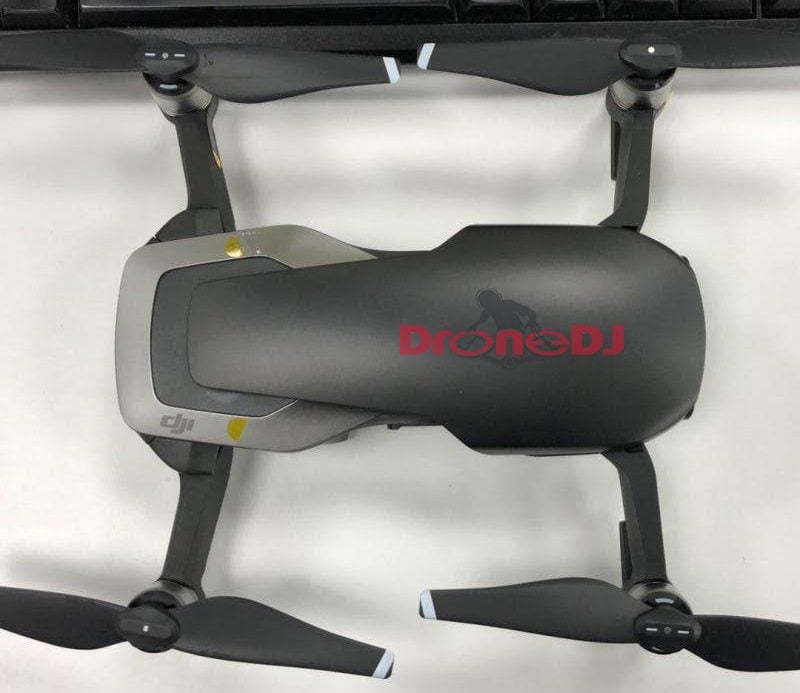 The 3-way gimbal included in the DJI Mavic Air is definitely a step forward from the Spark, which relied on a 2-way approach. It is this sort of major improvement over the Spark which tends to point to the notion that DJI will discontinue this product range in the foreseeable future.

With the device also delivering four foldable legs, it can readily be compared to the existing Mavic Pro. This is a feature already available in the premium device from DJI, and should lead to the drone being taken more seriously than previous affordable releases.

It has also been revealed that the DJI Mavic Air will benefit from a 1/2.3 CMOS sensor and new Image Signal Processor. This should ensure that the sensing capabilities of the device are superior to previous budget releases, but they will not be the equal of the premium Pro series.

The Mavic Air also comes complete with a visual positioning system, ensuring that control and hovering is improved in the drone release. An indoor flying gesture control will also ensure that this is a flexible performer.

DJI’s new device will also seemingly deliver a 21-minute flight time, which can be considered pretty decent for what is a more affordable unit. 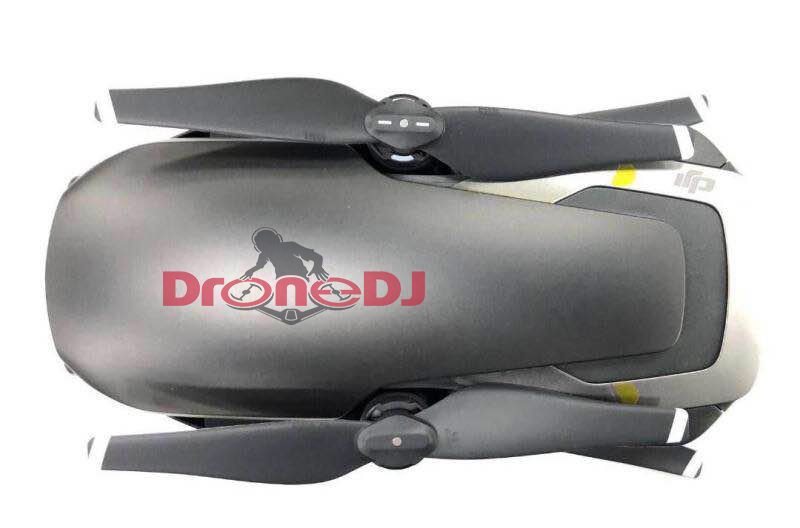 The DJI Mavic Air drone will also be compatible with the existing DJI Goggles product, while various matte color schemes will also be available. These seemingly include white, black and red, although it will not be a huge surprise if DJI reveals more tomorrow.

So overall this looks like an interesting package, although there are still several gaps in our knowledge to fill in. Firstly, there is a lack of specific information provided regarding the camera, particularly the size and codecs involved. While raw specifications are obviously important, these two details can play a significant role in the quality of photography and 4K video footage captured by the unit.

We also don’t know the range of this device, and this could be of particular significance. For example, the Spark delivers a range of just 2km, with the Mavic Pro being considerably extended over this, with a range of 7km. We can probably expect the DJI Mavic Air to be somewhere between the two, but it will also to be interesting and informative to find out this figure.

Finally, the pricing of the unit has yet to be revealed, although it is largely expected that this will be $699.

Overall, it seems based on the specifications that the DJI Mavic Air can be considered an upgraded version of the Spark, rather than a successor to the existing Mavic Pro. But it is a more than a decent and competitive improvement on the previous budget release from DJI, and this could attract a good deal of attention and excitement when the final device is revealed tomorrow.