As we get set to break out the champagne bottles to usher in a New Year, we can look back and say with certainty that 2017 was the Year of Bitcoin. Sitting at just under US $1,000 at the beginning of 2017, the price for a single Bitcoin escalated rapidly to sit just over $19,000 in mid-December. At the time of writing, the unit Bitcoin price has eased back considerably to roughly $13,500

An important, even if somewhat underappreciated, side-issue is that the reverberating financial interest in Bitcoin has played a hand in bolstering the value of the broader cryptocurrency market, whose aggregate value has risen from $18 billion at the beginning of 2017 to over $500 billion.

An even less appreciated point is that the exponential Bitcoin trend-price increase parallels the emergence of cryptocurrency. Additionally, the distributed public data ledger known as blockchain that cryptocurrencies have become cultural and political phenomena. This is reflected in the exuberant level of mainstream and social media interest in cryptocurrency. And the heightened attention given to Bitcoin by central bankers, tax authorities, and other political actors.

For financial analysts, policymakers, and cryptoconomists the key question remains: is Bitcoin a bubble? Cryptocurrency detractors have wasted little time in proclaiming the pre-Christmas fall in Bitcoin’s price as the definitive end of the bubble.

As with most other experiences reflecting the actions of innumerable people – or, as one might say, “the result of human action, but not design” – there are basically two schools of thought about how Bitcoin prices should be interpreted. At the risk of simplification, these can be divided into the stasist (neoclassical economic) and dynamist (Austrian/evolutionary economics) perspectives.

Cryptocurrency detractors have wasted little time in proclaiming the pre-Christmas fall in Bitcoin’s price as the definitive end of the bubble.

The stasist, neoclassical view is that asset markets can experience relative price fluctuations.This happens as sellers and buyers of different asset classes accommodate changing economic, political, and other conditions impinging on asset values. But generally speaking, asset prices should reflect the “fundamental” value of the asset (being the present value of all future cash flows from the asset).

From the stasist perspective, a sustained asset-price increase over a period of time raises suspicions that the asset price is departing from its fundamental value. This is because of “mispricing,” “excessive speculation,” “herding behavior,” and therefore, the observed actual price for Bitcoin is anomalous – a veritable “bubble” that is ready to burst as asset-market participants rationally come back to their senses.

The alternative perspective concerning Bitcoin’s recent astronomical price rise comes from a loose alliance of thought in the Austrian and evolutionary economics traditions. We call this perspective the dynamist view.

Under the dynamist interpretation asset prices adjust to economic and other conditions. But the notion of a singular, fundamental value is not, and cannot be, the subject of consensus amongst the heterogeneous sellers and buyers of cryptocurrency.

Instead, the fundamental value of Bitcoin and other cryptocurrencies need not be fully known to all the participants in crypto-asset markets but is, rather, the subject of continuous, unceasing discovery that is apparent on multiple levels.What we are seeing with the Bitcoin price, according to the dynamist interpretation, is not an irrational bubble, but a reflection of price discovery overlaid with, and in no small part driven by, a rapid adoption phase in the form of a growing population of sellers and buyers in the market.

The best representation of this view is provided by Jason Potts of RMIT University’s Blockchain Innovation Hub who explains that bubbles, insofar as they are not the product of government intervention, are what energetically elicits interest in the short-term growth and ultimately long-term maturation of asset (and many other) markets.

Therefore, worrying about whether Bitcoin is or isn’t a bubble is somewhat wasted energy. It seems to be a question with an indeterminable answer: what is the fundamental value of assets in the cryptocurrency market that is presently experiencing a rapid adoption phase in its evolutionary life?

Cryptocurrencies and the blockchain can potentially lay a path for new and previously unforeseen paths, of value-added activity.

A Hayekian Discovery Procedure, before Our Very Eyes

It is true that bubbles can be “creatively destructive” of previously conceived notions of economic activity but, just like mass transportation infrastructure, wholesale and retaining services, home computing, and the Internet, cryptocurrencies and the blockchain can potentially lay a path for new, previously unforeseen paths, of value-added activity.

Fixating upon the Bitcoin bubble question misses the fundamental point that the people flocking into cryptocurrency markets are proactively engaging in an experimentation and social learning process. From this, we can all potentially benefit (even in the worst-case, but unlikely scenario that the crypto economy entirely comes to naught).

Of course, the questions cited here are the kinds that those holding onto a stasist view – like the central banks, the tax authorities, and the financial regulators – don’t want answered. This is because they prefer their established ways of inflating, taxing, and regulating to the detriment of open-ended, crypto-oriented market processes that challenge their authority.

It will be tempting for some governments to use gyrating Bitcoin price to limit cryptocurrency trades, but the potential cost of such punitive actions could be very substantial as people get locked out of an opportunity to interface with others through these network-centered technologies of an increasingly global scale.

The Bitcoin price will surely rise and fall, as is the case for any other asset, but if cryptocurrency and the blockchain do become part of the norm, then Friedrich Hayek’s hypothesis that decentralized economic discovery sows the seeds for widespread social coordination will, once again, be confirmed for all the stasist doubters to see and to learn anew. 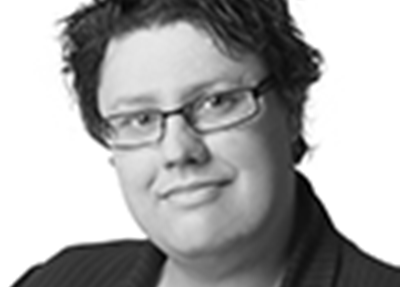 Mikayla Novak is a senior researcher for the Institute of Public Affairs, an Australian free market think tank, and holds a doctorate in economics. She specializes in public finance, economic history, and the history of classical liberal thought.