ValueWalk
Home Economics Is Activism Getting An Undeserved Bad Rap?

Paul Singer, founder and co-CEO of Elliott Management Corp, has published an interesting article in praise of shareholder activism on the Wall Street Journal.

Singer maintains that the debate on "the appropriate balance of power between public corporations and their shareholders" has been "badly skewed by a false narrative".

Anti-activist advisers have attempted to drive a wedge between activist investors and index funds by suggesting that activists are interested only in short-term gains at the expense of long-term value. This divisive framing is objectively false and has done harm to the goal of generating sustainable returns for all investors.

For starters, all of a company's shareholders are more aligned with each other than they are, say, with a group paid to defend corporations from shareholder challenges. Index funds and activist investors share the goal of generating returns for their investors, even if they go about it in different ways.

The primary idea behind passive index-fund investing is the efficient-market hypothesis: Markets are said to be efficient because millions of informed investors continuously think about, research and analyze companies, markets and securities. Thus, all possible information and insight is said to be always contained in securities' prices at all times.

But passive investing is reducing the percentage of active managers to the point where they may actually become the minority in a few years. So who is going to do the work that theoretically creates efficient markets?

Experts in the theory of finance may raise their eyebrows, but what Singer is doing is suggesting that the apparent ultimate result (the "efficient market") is the outcome of a myriad of interactions which are tentative and based on partial information, but that, taken together, contribute to increasing the pool of available knowledge, and thus improve the way in which markets are operating. This myriad of interactions include activist investors, who don't just walk the random walk but try to impact the way in which companies are behaving.

Mr. Singer knows well that he and his kind are often accused of "short-termism". Quite a few scholars and opinion makers cry for "patient capital", particularly when it comes to business in which innovation and R&D play a big part. Though it may well be that sometimes people (in business, in politics, writing blogs...) may hurry up to achieve what they want and in so doing waste opportunities, it seems difficult to me to say a priori what the "right" timing for exiting an investment is.

Singer suggests "replacing this false distinction with a new framework for evaluating activist proposals. Rather than "short term vs. long term," how about "good ideas vs. bad ideas"?

Good ideas create better outcomes for shareholders. Far too often companies hide behind "long term" as a way to justify prolonged underperformance. There are good ideas that create sustained improvements and can be implemented quickly. Likewise, there are bad ideas that can take a long time to destroy value.

The benefits of fixing a broken strategy, getting rid of a bad acquisition, redeploying an underperforming asset, or replacing an ineffective management team or board may show up right away in a company's stock price, but that immediate result doesn't diminish the long-term benefits.

I'm no expert on the issue, but it seems to me that there is a certain tendency to malign the role of capital markets. Haunted by the ghost of fictional character Gordon Gekko, with whom they are constantly associated, activist investors are contrasted to allegedly benevolent holders of "patient capital". Such a narrative is surely aligned with the interest of sitting managers, but the point is seldom considered. At least in continental Europe, little is needed besides the cliche that "industry" is good and "finance" is bad.

It is rare to read an investor's articulate defense of his own business. Mr Singer attempted one, and I think it is quite worth reading.

Reprinted from the Library of Economics and Liberty. 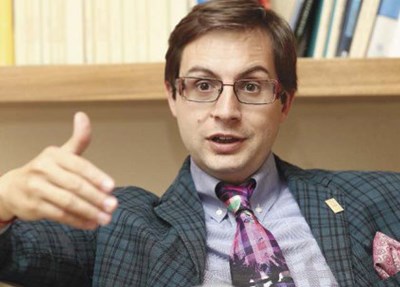