The United States, Turkey, and Russia have deployed forces to fight against the Islamic State in a run-up to the final battle for Raqqa. But no one has made a definitive move.

We’ve touched on Syria before, but this is because the battle for the ISIS heartland is complicated by geography and conflicting interests of regional and international actors.

These three maps show the complexity of this battle and why it will be a marathon rather than a sprint.

The Islamic State has maintained control of Raqqa and surrounding areas along the Euphrates River since 2013. 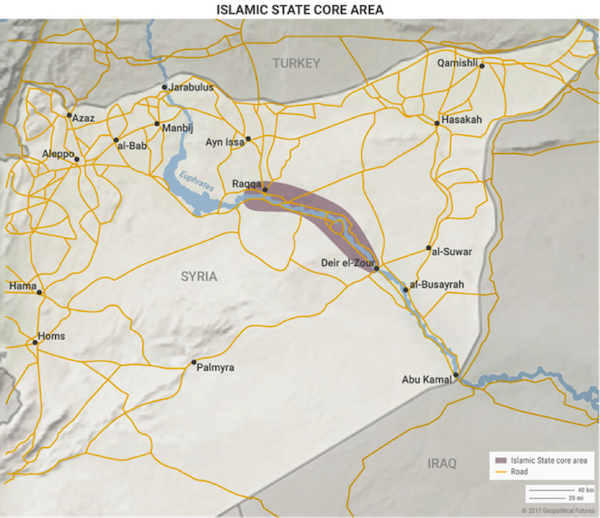 However, in the past year, ISIS lost a lot of territory to the east, west, and north as part of Operation Euphrates Wrath, led by the Syrian Democratic Forces (SDF).

ISIS is now effectively surrounded on three sides by regional powers supported by international powers. In spite of that, most of that territory was not strategically important.

Now, IS faces existential threats to its power. But a final blow can only be struck with a cohesive plan of attack and a strategy for maintaining the territory post-ISIS.

An Assaulting Force Can Expect a 50% Casualty Rate in Raqqa

The fight for the ISIS stronghold will require large numbers of ground troops in concert with air power and artillery. Fighting in a city with a large civilian population means a very high casualty rate for the assaulting force.

It is slow, dangerous work that must be done block by block rather than in large-scale air attacks. For example, some of Iraqi’s divisions suffered casualty rates up to 50% while fighting in the city.

Before we can discuss the battle for Raqqa, it is vital that we look at the city itself and routes running to and from the de facto ISIS capital.

The map below shows the main roads around ISIS core turf with the capital in the middle. Raqqa is located on the Euphrates River surrounded on all sides by desert. 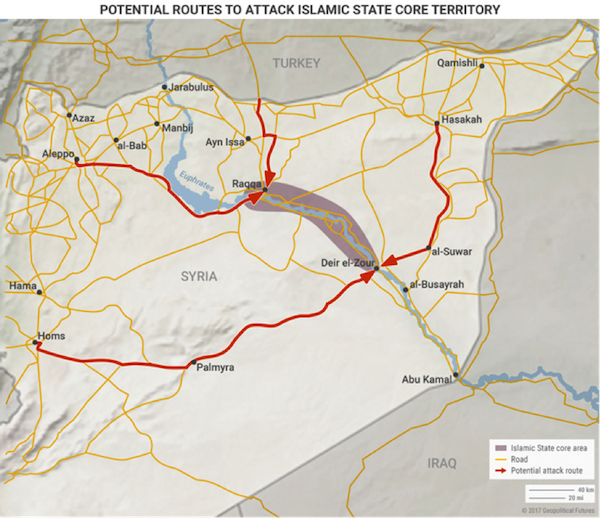 Because ISIS essentially is fighting on its home turf, it has established defenses around the city and is aware of likely attack routes. This is why an invading force must match its relative gains to expected losses.

But there’s another issue.

Many regional and international actors have conflicting goals in Syria.

We’ve discussed Turkey at length before, but the Turkish imperative is to halt the threat from the Islamic State while suppressing the Kurds. The Turks also are trying to limit their direct exposure to the conflict by supporting the Free Syrian Army (FSA).

The US has backed the Syrian Democratic Forces throughout most of the conflict. But the group has outlived its utility in the face of the Turks, who are pushing the Kurds back to the eastern side of the Euphrates.

This takes the Kurds out of the lead for the assault on Raqqa.

Russia has brought both air power and ground troops into Syria to support the Bashar al-Assad regime, but those troops lack the military capability to lead the charge.

Russia’s forces in Syria were meant to prop up the Assad regime and were successful in doing so. But those forces are not significant enough to be decisive against IS.

Ultimately, the battle for Raqqa is a series of simple questions: Who will go in? Where will they come from? How will they get out? And who will remain?

The map below shows the four main routes we spotted as viable for an attacking force. 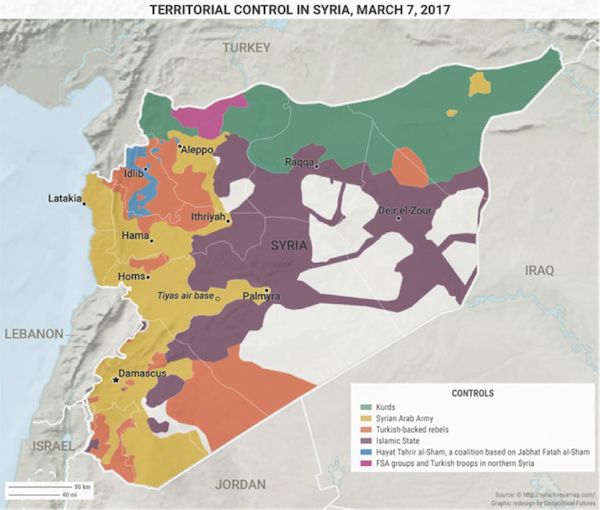 The Syrian Democratic Forces can advance from its territory in the northeast (from Hasakah across the Euphrates to Deir el-Zour), though the Turks do not want any Kurdish forces to enter the city.

The Cost of This Fight Will Be Enormous

At the end of the day, the deciding factor in the battle for Raqqa is the relative strength of the approaching army rather than the route they use.

The below graph shows the estimated power of forces in the area: 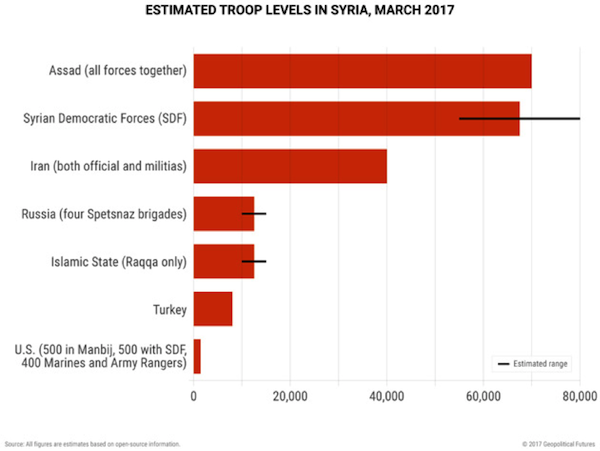 The largest force is the Syrian Arab Army to the west and northwest, with about 70,000 troops. The Syrian Democratic Forces to the northeast is estimated at 55,000–80,000 soldiers, though they are constrained by Turkish ambitions.

Russia has deployed an additional 10,000–15,000 troops. Turkey commands an estimated 8,000 troops that include the FSA. The US has about 1,400 special operators in the battlespace to act in an advisory and assistance capacity.

Though actual numbers for ISIS are unknown, we estimate that 10,000–15,000 IS fighters are in Raqqa. Though ISIS troop numbers are lower, its entrenched position in the city’s center and fighting experience give it an advantage over any force that will mount an attack.

Regardless of relative troop size, defenses, and civilian population—as we’ve discussed before—the cost of clearing ISIS from its core turf will be very high for whichever force attacks the city.