Many readers are familiar with the point-and-figure methodology that we regularly employ to help us differentiate between a good company and a good stock. This form of technical analysis is not meant to predict anything but, rather, to help us adapt to changes in trends. For those curious about the details, read on. Old pros can skip down to the charts for a look at current trends in the developed world.

Generally speaking, a column of x’s denotes a gain in price while a column of o’s represents a decline in price. In our proprietary model, we selected a ‘box size’ of 2.5%– this means that each ‘x’ or ‘o’ is equivalent to a 2.5% gain or 2.5% loss, respectively. Most of the time, we look at a stock (or an ETF, or a sector, or a country’s index, as we will see below) relative to a benchmark. In this case, each ‘x’ (or ‘o’) represents a relative outperformance (or underperformance) compared to the selected index. In order for a ‘reversal’—or a change from one ascending (‘x’)/ descending (‘o’) column to the opposite—to occur, a certain threshold must be met. For our purposes, we have selected a three box reversal. This means that, in order to reverse from an ascending column of x’s to a descending column of o’s, the stock must decline 7.5% relative to the selected benchmark index. No ‘o’ will be marked until the full 7.5% decline is registered at which point all three o’s are recorded (more, if the total decline is greater than 7.5%). This is important to note because it is the means by which a great deal of day-to-day volatility, or noise, is eliminated—leaving us with a more clear picture of the true signal in the price trend of the stock.

With respect to the alpha numeric labels on the x- and y-axes, these are simply used as coordinates to identify positions on the chart. In addition, while we have noted years across the top of the chart, time is not a variable here and they are only meant for reference. Each chart plots the (relative) performance versus the variability of that (relative) performance or, said another way, return against risk over the time period selected. So, though we have included time in order to orient the viewer, it is noteworthy that the position of the dates vary a great deal from chart to chart precisely because it is not a component of the actual plot.

There are a number of different lines that we draw on the charts, in order to highlight areas of support and/or resistance. The light blue, horizontal line is said to act as resistance when the formation of x’s and o’s cannot move above it. Conversely, it is referred to as support when the formation remains above the line. When the formation is bound by two light blue lines, it is said to be in a trading range. The medium blue line is called the 45-degree bullish support line (BSL) and is an important indicator of the health of an uptrend. When this line is definitively violated by a descending column of o’s, there is a significant likelihood that the uptrend is over and that the stock in question is headed for a trading range (at best) or an outright decline. In some cases, the slope of an uptrend is steeper than the 45-degree BSL. In these instances, we mark support with the dark blue, high performance support line. Finally, persistent downtrends are indicated by the red line (with a slope of -1). Stocks that are able to decisively overcome the resistance indicated by the red downtrend line—and particularly those that have managed to form a base of support (indicated by a light blue, horizontal line)—typically exhibit a greater likelihood of reversing the long-term downtrend in favor of a more constructive uptrend.

The following is a summary, by region, of the various country indexes, using absolute (not relative) prices in our point-and-figure charts going back to 2008.

U.S. stocks show little sign of relinquishing their leadership (and are quite extended from support) while Canadian counterparts have rallied strongly so far this year, in an attempt to defy the large topping/distributive formation that has been taking place over the last several years. Can support between F and G hold? Or will the downtrend that began in 2013 hold this group back? 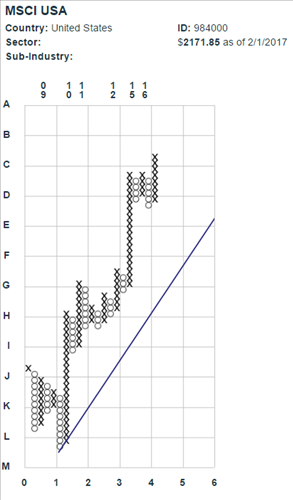 Australian, Japanese, and Singapore indexes have all traded in a range for the last four to seven years, with the latter wavering somewhat at the intersection of long-term support and the 45-degree bullish support line. New Zealand resembles the U.S. in it’s uninterrupted high performance uptrend. 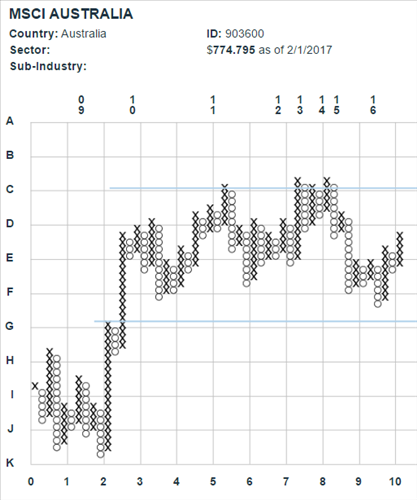 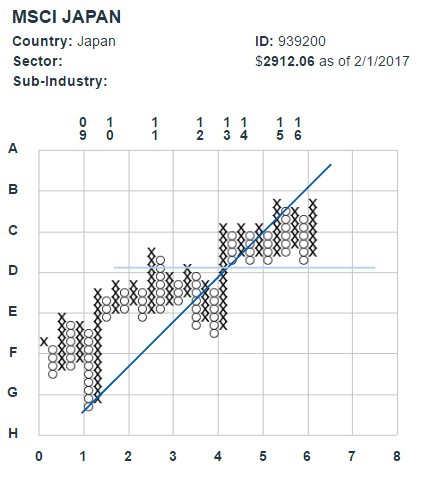 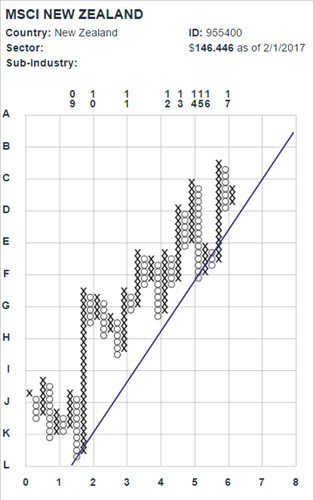 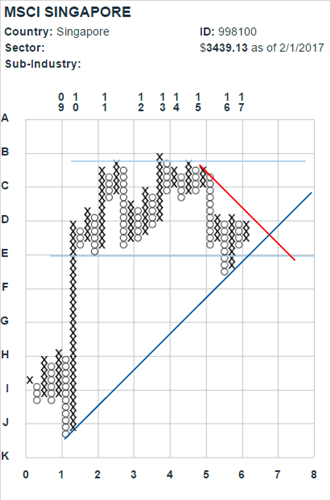 With the number of countries in Europe, we’ll break them into groups based on similar chart patterns. First, the uptrends. Belgium, Denmark, and Switzerland have all enjoyed solid uptrends over the majority of the last eight years. While none has meaningfully violated long-term support (high performance for Denmark and Switzerland), each of them shows signs of consolidation since reaching highs back in 2014/2015. Given the prevalence of counter-cyclical sectors in each of these countries’ indexes (led by consumer staples and health care), continued weakness in those groups could weigh further on performance. 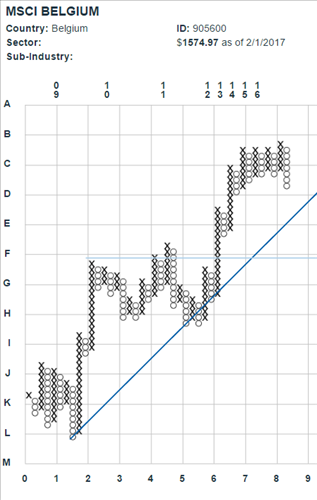 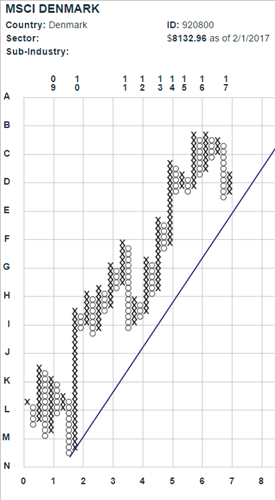 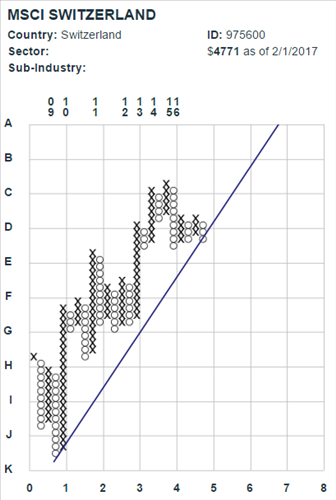 Germany, Ireland, and the Netherlands are all technically in uptrends as well. However, the below charts look much different than the consistent, steady gains in the group above; these countries uptrends look more like series of stacked trading ranges. In each case, the 45-degree bullish support line remains intact, but they are bumping up against resistance at the upper end of the most recent trading range. Whether or not they can breakout to a new level (as in 2013) remains to be seen. 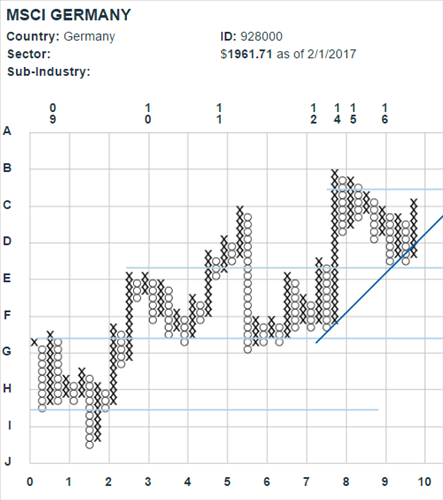 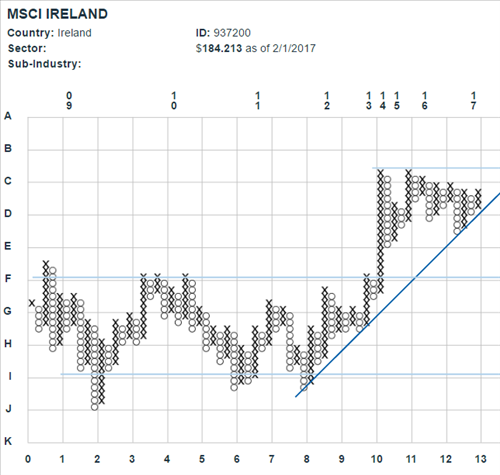 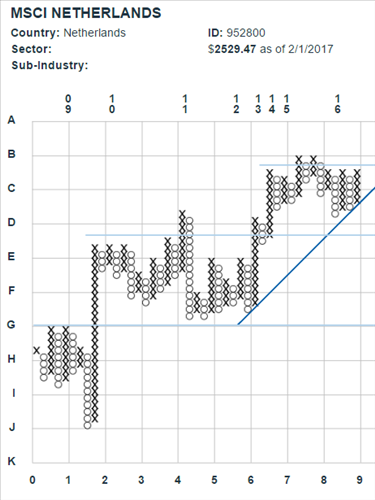 Next, we show a number of countries where the uptrend has been violated but, instead of entering a prolonged downtrend, they have merely traded sideways in a new range for some time as former resistance (in 2009/2010) now acts as support. If Germany, Ireland, and the Netherlands (from above) can not breakout to new highs, are they headed in the direction of Norway, Sweden, and the U.K. (below)? 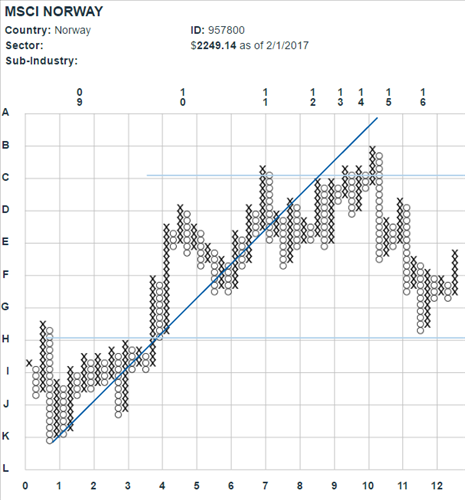 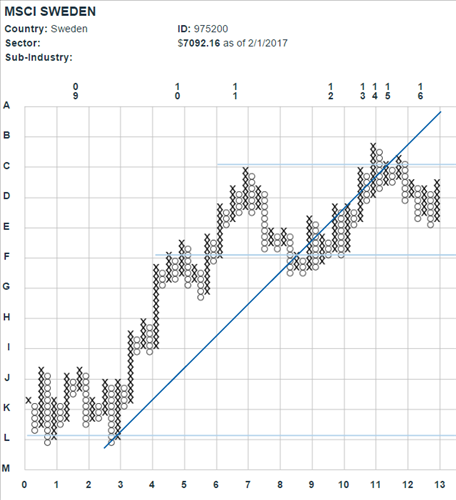 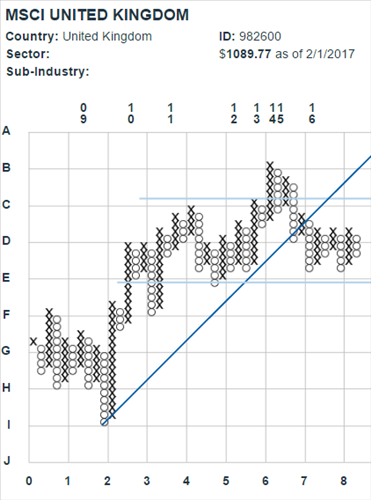 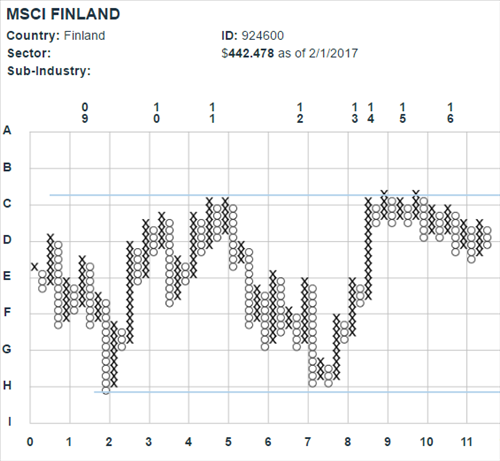 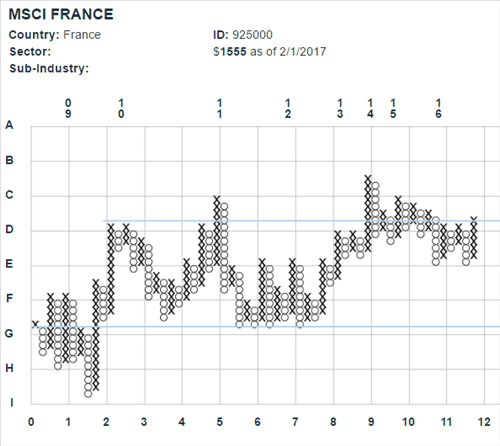 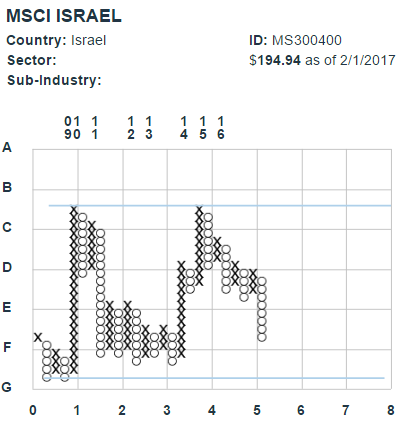 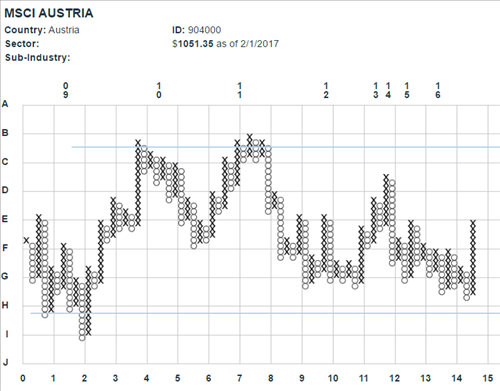 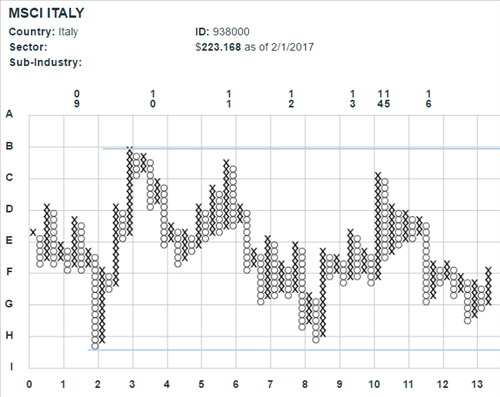 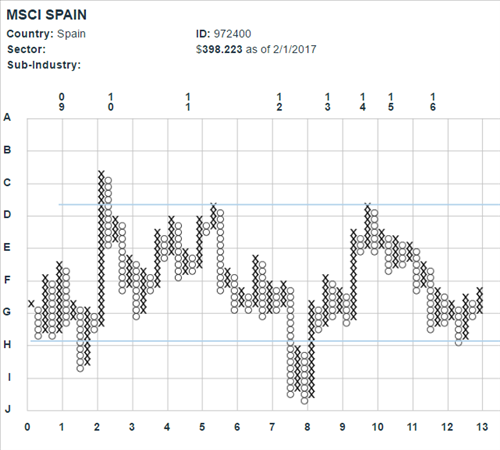 Finally, we have those countries in sustained downtrends. Here, there are few to no signs of any abatement in the overall underperformance. Hello, Greece. 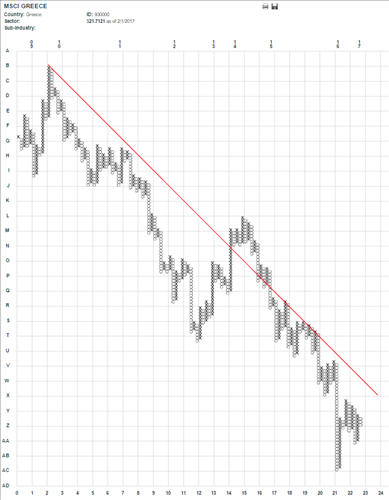 As mentioned at the top, stocks (or countries) that have been in multi-year downtrends and have subsequently shown signs of forming a base and/or overcoming the red downtrend line tend to attract our attention because it is a sign that ‘insiders’ are beginning to accumulate those shares. In the case of Portugal, there are early signs that the downtrend has ended and the technical picture is beginning to look a bit brighter. [Emphasis on early]. 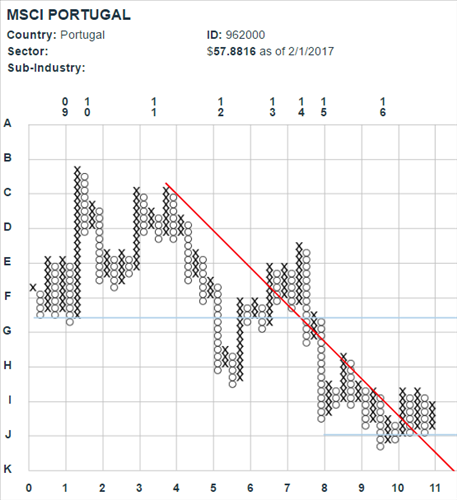