ValueWalk
Home Info-Graphs When No One Wants ‘Em–Search Strategy 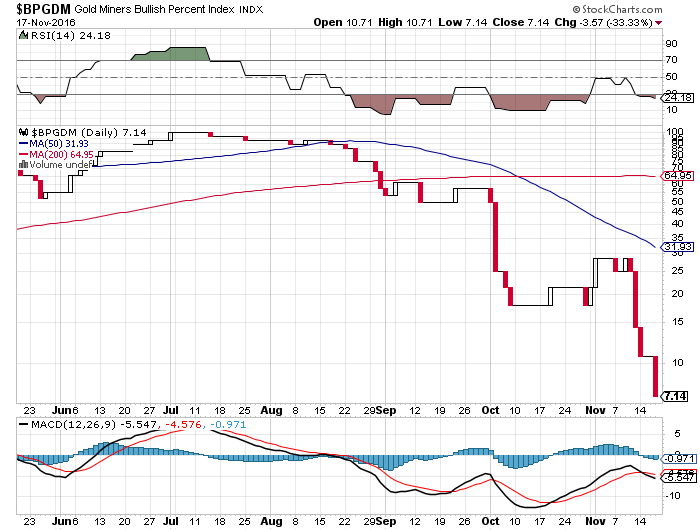 HUI represents unhedged miners. In January 2016, the HUI dipped to $99.13 then rose 2.84 xs to $286 when the $BPGDM, Bullish Percentage Index, was less than 15%. Then in mid-July the bullish percentage was 100%! Prices dipped, but then made a marginal new high.  Sentiment is not an EXACT timing device. Now, the index is near 7% bullish after a 37% decline and four months.  Talk about swings in sentiment. Buy high and sell low.  Interest rates are rising, gold is falling, the dollar rising, so who would be in the stupid 7%?

gold-stocks-bullish-sentiment-nov-16th-2016   Assuming you have found cheap, well-capitalized miners, developers and/or explorers, there is a time to buy and a time to sell.  I think this is a time to be greedy when others are fearful.

HUI in relation to the Dow Jones.  Be careful, though, the starting and ending periods are deceptive. The point is that miners have been scorned despite or even because the recent rally/sell-off.