The Tax Army Is Three Times Larger than the US Army

The Office of Management and Budget has released new data on the amount of time Americans spend complying with the federal tax code. Tax Foundation summarizes the data here.

Individuals and businesses spend 8.9 billion hours a year on federal tax paperwork, which is equivalent to 4.3 million people working full-time and year-round on this unproductive activity. That “tax army” is three times larger than our uniformed military of 1.4 million active duty service members.

The burden of tax paperwork can be expressed in dollars. Based on the average earnings of U.S. workers, Tax Foundation finds that federal tax paperwork imposes a $409 billion annual cost on the economy.

The main reason to overhaul the tax code is to increase incentives for working, investing, and other productive activities. But you can appreciate how wasteful the tax code is by considering the paperwork burden of particular provisions. For example, the federal estate tax imposes $20 billion a year in paperwork costs, but the tax only raises $21 billion a year for the government. It clearly makes no sense to impose a tax if it costs as much to collect as the money raised.

The largest paperwork costs stem from the income tax. Tax Foundation has found that replacing the federal income tax with a simple flat tax would reduce the paperwork burden by about 90 percent. With that reform, Americans would be at peace with the tax code, and we could demobilize the tax army. 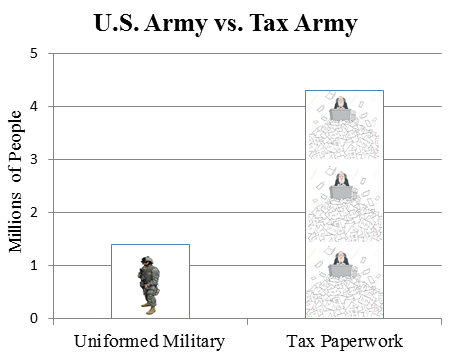 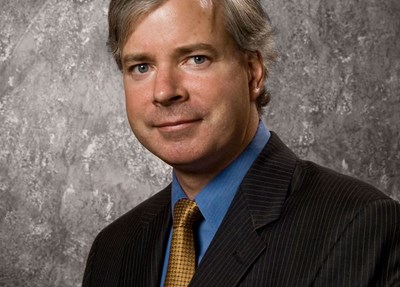