Despite what it may seem, the retail sector and consumer spending has not exactly performed as media outlets have claimed. Internet retail has been the biggest growth catalyst in the sector, as more companies shift resources towards building out omni channel capabilities. With the new earnings season about to get underway, expectations are high for retailers. Earnings and revenue are forecasted to grow over 5% while some names will far exceed that number. As for major retailers like Amazon (AMZN) , Wal-Mart (WMT) and Costco (COST), the Estimize community is expecting mixed results. Amazon is on course for another great quarter, Costco should remain in mediocrity and Wal-Mart could see a loss. The stocks have followed these trends with Amazon up 68%, Costco up 14% and Wal-Mart down 2.7% in the past 12 months. 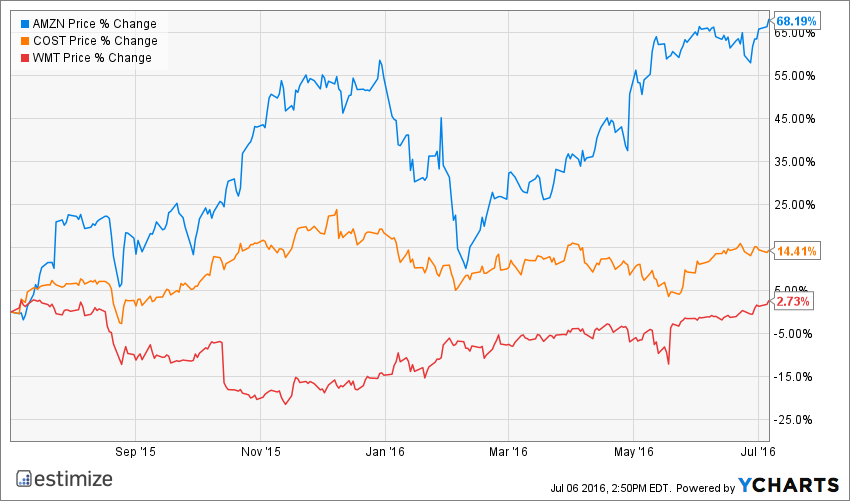