There’s a growing business that expands a service, which used to be available only to a privileged minority, to low-income communities and offers them previously unaffordable transportation options. It is challenging existing monopolies and rent-seeking tycoons by undermining exploitative practices. It’s providing flexible jobs to thousands, in particular students and people who would otherwise face unemployment, and enabling them to work on their own terms.

And governments all over the world are trying to ban it.

Jared Meyer, a fellow of the Manhattan Institute featured on the Forbes 30 Under 30 list, has a new mini-book out this week. In Uber-Positive: Why Americans Love the Sharing Economy, he details the rise of this extraordinary phenomenon, and explains how it has become a battle of regulation versus the American people. In the introduction, he asks, “who is actually being protected – the public or special interests?” and it doesn’t take long to find the answer. From safety to affordability, convenience to congestion, Uber and other ride-sharing platforms have brought urban transport into the twenty-first century, and consumers are loving it.

Sadly, politicians and regulators are less convinced. Meyer describes how New York City Mayor Bill de Blasio is attempting to limit the growth of ride-sharing companies, protecting the taxi industry by imposing unnecessary restrictions. And he isn’t the only one. Austin, Texas made headlines last month when it passed a regulation so draconian that Uber can no longer operate there. Montreal could be next. And London’s new mayor Sadiq Khan has expressed worrying doubts about Uber’s place in the UK’s capital, promising to “begin the renaissance of the black taxi”.

In all these instances, backlash against Uber came from the left, from progressives whose top causes include reducing inequality and improving the lives of low-income people. Supporters of de Blasio and Khan condemn elitism and rail against “the 1 percent”.

But, as Meyer notes in a chapter ingeniously entitled “A Service for the 99 Percent”, Uber has been a key driver of egalitarianism. 60 percent of New York Uber rides outside Manhattan were started in zip codes in the bottom half of household incomes, while much of Uber’s expansion took place in areas that are not served by traditional yellow taxis. Suddenly, thanks to Uber, neighbourhoods which would never even see a yellow cab have a cheap and reliable taxi service.

Millennials who are generally pro-big government are discovering their inner libertarians (“Ubertarians”, Meyer calls them).

And that isn’t the only way ride-sharing is evening the playing field. In a sickening example of corporate rent-seeking, Meyer describes the deplorable actions of “Taxi King” Gene Friedman, who at one point owned more than a thousand NYC taxi medallions and, relying on leveraged financing from banks, helped push up the price to $1.3 million for a single medallion. Taxi drivers who could never afford to start out on their own had to pay exorbitant rents to medallion owners like Friedman. Enter Uber, and suddenly drivers have another option. Freed from such tyranny, drivers are no longer paying Friedman’s high rents, and the value of his medallions has plummeted, causing him to seek a taxpayer bailout from the city.

Should New Yorkers be feeling sorry for him? In the words of one Uber driver, “Millionaire medallion owners don’t need help. People like us do.” It is ludicrous and hypocritical of lawmakers to introduce city regulations designed to prop up those who have distorted and restricted the taxi market for years.

As for consumers, Uber provides a more efficient and convenient system than traditional taxis. It’s not just about price – Meyer references studies which show how Uber reduces drunk driving, increases the availability of cabs at peak times, and does not increase congestion. And maybe that’s why a generation of millennials who are generally pro-big government are discovering their inner libertarians (“Ubertarians”, Meyer calls them).

I have written before why, as a woman in London, Uber makes me feel safer and more confident when travelling the city. As I said in October when Transport for London proposed absurd restrictions to limit “unfair” competition from Uber:

“It is unfair to ban consumers from buying a service they find useful. It is unfair to stop someone from working because they do not meet standards which, though useful, are not necessary for their job. And it is unfair if, when I flag down a black cab at 4am and the driver says he won’t take me home because it is too far, I am not permitted to request a driver who will.”

Across the world, left-wing politicians are finding themselves caught in the odd position of protecting cartels and special interest groups at the expense of decreasing inequality and expanding jobs. It’s not just about Uber – a new generation is looking at the mess of red tape in front of them, trying to block them from booking cheap Airbnb rentals and earning extra cash on TaskRabbit, and has worked out that regulators do not have the public’s interest primarily in mind.

Meyer’s new book makes it clear that this problem is not going anywhere: the American people have fallen in love with the sharing economy, and they are not going to let regulators take it away.

This originally appeared at CapX. 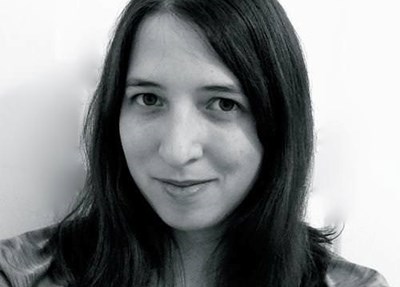 Rachel Cunliffe is the Deputy Editor of CapX.