Can Oprah Save Weight Watchers International, Inc. (WTW) this Quarter?

Weight Watchers International, Inc. is scheduled to report first quarter earnings Wednesday, after the market closes. Using Oprah Winfrey as the face of the company in hopes of garnering new subscribers has largely fallen flat. Since October, when Oprah was introduced as a company spokesperson and board member, revenues have drop over 20% and shares have fallen 41% since the start of the year. With steadily declining earnings and revenue, expectations don’t look promising for Weight Watchers this quarter 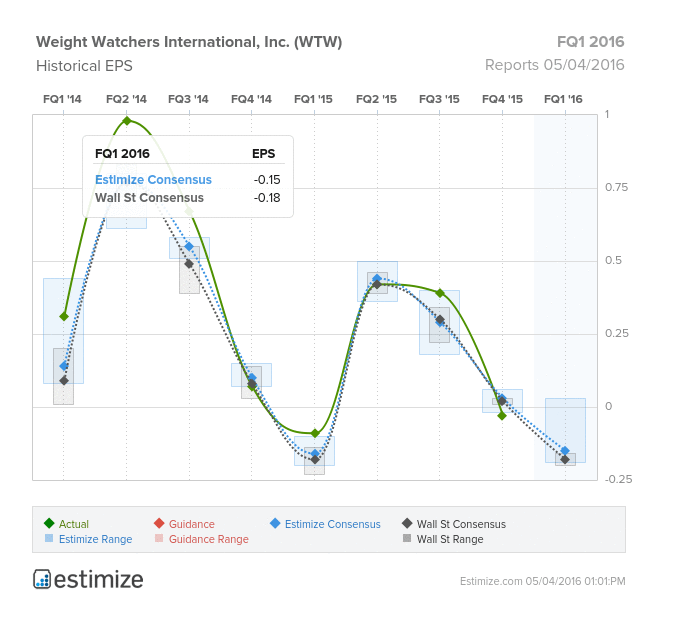 The Estimize consensus is calling for earnings per share of -$0.15 on revenue of $313.07million, 3 cents higher than Wall Street on the bottom line and $2 million on top. Since its last report, earnings per share estimates have dropped 23% and now reflect a 33% decline on the bottom line. On average, the stock is a large mover during earnings season. In the 30 days leading up to earnings, shares witness a 12% spike but then drastically plunge into the red once the company reports. 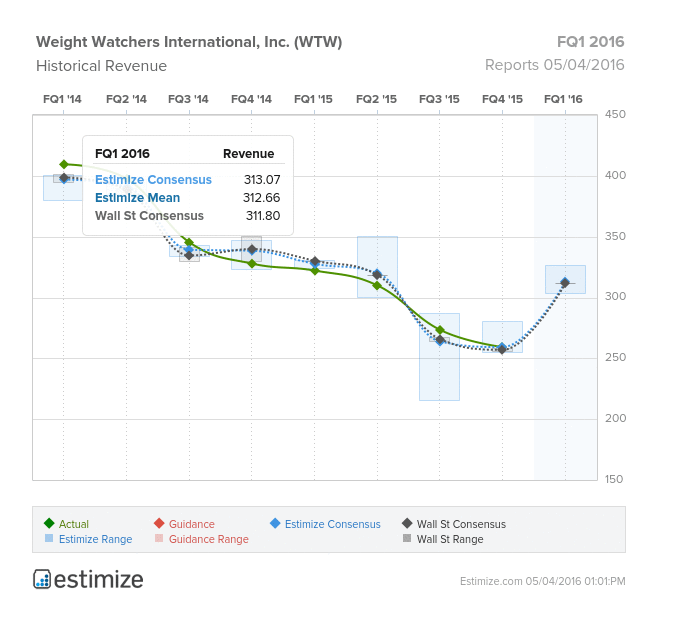 Weight Watchers largest problem lately has been recruiting and retaining new users. Late last year Weight Watchers brought on Oprah Winfrey in a bid to use her popularity to lift subscription numbers and reverse a 3 year decline in sales. Even with the help of the multi faceted media mogul, Weight Watcher’s delivered dismal fourth quarter sales. The quarter ending January 2 featured a 5% decline in active subscribers to 2.39 million. While it is still too early to tell, investors will be keen to know whether the “Oprah Effect” has any meaningful impact on earnings this quarter or in the future. If it turns out Oprah has been more harm than good, shares could be in for a world of hurt.

Do you think WTW can beat estimates? There is still time to get your estimate in here!