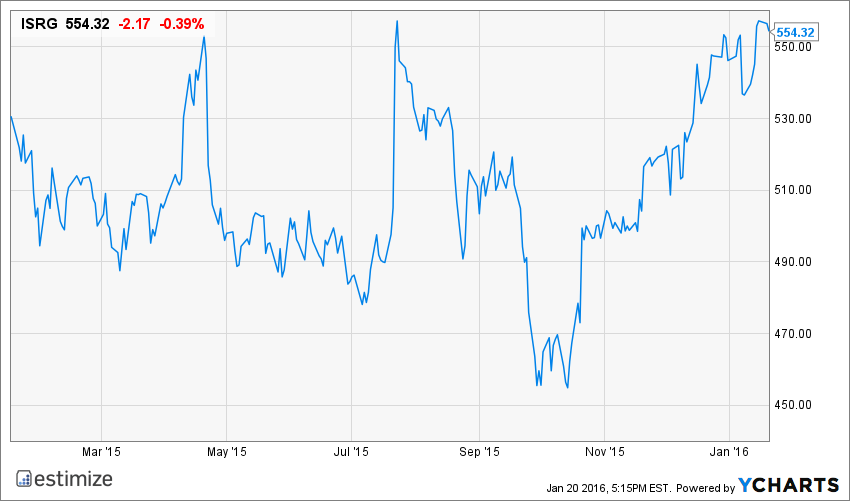 The darling of health care equipment, Intuitive Surgical (ISRG), is scheduled to report Q4 2015 earnings this Thursday, after the markets close. This past week, ISRG reported guidance of $677 million for Q4 revenue,  which invoked Wall Street to revise their previous revenue estimate of $617 million. That said, the Estimize consensus calls for EPS of $5.09, eight cents higher than the Street, and revenue of $650.17million. Compared to Q4 2014, this represents a projected YoY increase in EPS and revenue of 3% and 7%, respectively. 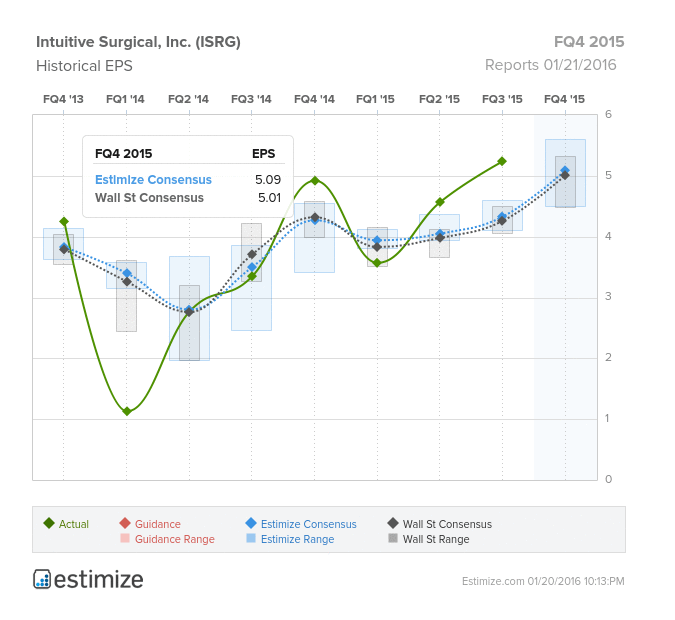 Intuitive Surgical specializes in developing and manufacturing robot assisted devices for use in simple medical procedures to general surgery. Over the past 15 years, the company has experienced uninterrupted growth due to the widespread adoption of their flagship machine, the da Vinci surgical systems. At its core, the da Vinci provides surgeons and patients with a device that reduces length of stay, readmission, complications and infections traditionally associated with minimally invasive surgery. Intuitive Surgical’s systems were initially used by urologists and gynecologists and only recently have been gained mainstream adoption in general surgery, oncology and cancer treatment. Moreover, Intuitive Surgical is expanding internationally, opening up significant upside growth potential. 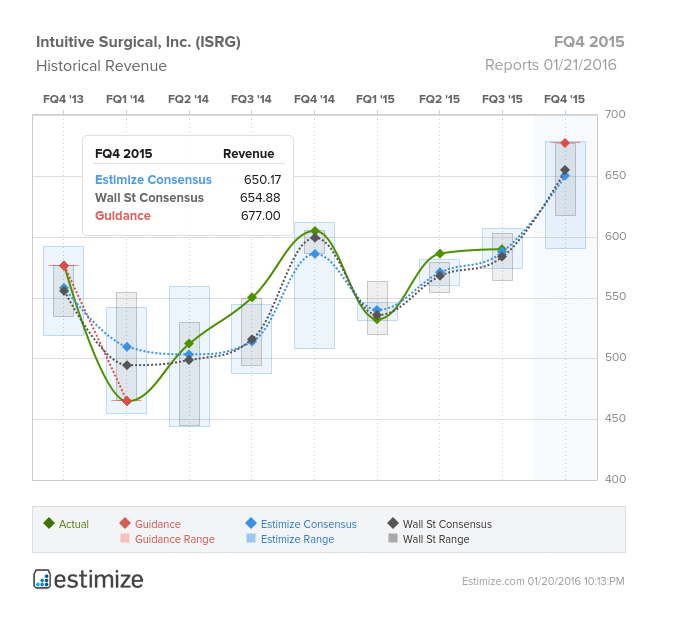 The biggest catalyst to Intuitive’s growth has been the success of the da Vinci surgical systems. In just Q4 2015, the number of procedures performed with da Vinci systems increased by 15%. The biggest slight against these systems have been their astronomical price tag. The retail value of a da Vinci robot can be as high as $2.5 million. That being said, these machines are very costly to manufacture and produce very low margins. Intuitive generates most of its profits from servicing and accessories The upside potential for Intuitive Surgical is sky high, especially since they have only begun expanding into international markets. International procedures have grown by double digits each of the handful of years, even as a strong dollar hinders worldwide sales. If Intuitive Surgical is able to successfully capitalize on widespread adoption, cancer treatment procedures, and global expansion, then sky’s the limit for earnings potential.

Intuitive Surgical Do you think ISRG can beat estimates? There is still time to get your estimate in here!