The Obama Administration Should be Investigated over Handling of Keystone Pipeline 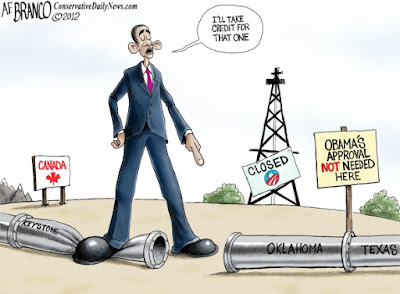 Environmental Symbolism
The Keystone Pipeline was turned into one giant debate over ‘Environmental Concerns’ it became a symbol for the fake environmentalists to rally around, and became politicized far beyond the scope of common sense reasoning on the issue.
Pipelines that deliver natural gas, oil, and other petroleum products underlie and support every major US city and geographical region, they have been one of the core infrastructure elements, and a mainstream of efficient, safe transportation of energy for the last 50 plus years. If one stepped back and took a Bird`s eye view of a map of the contiguous United States with an overlay of existing pipelines interwoven on this map, one would see just how much modern civilization relies on this successful infrastructure invention in the pipeline.

The pipeline is actually an incredible invention, it is ironic that is has been vilified as environmentally unfriendly when in fact it is the environmentalists best friend when one considers the alternatives to pipelines, and the fact that it is a given that human beings are going to rely on these energy sources for the foreseeable future. 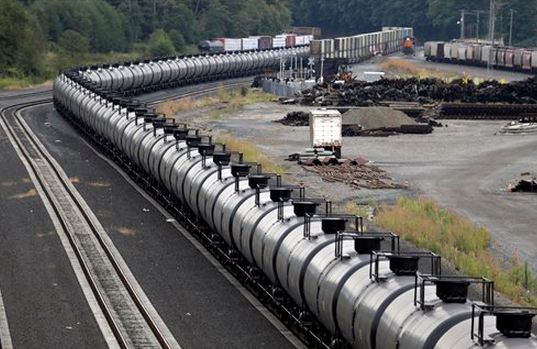 We have seen what the alternatives to Keystone Pipeline were for safely transporting oil from Canada to the United States in the form of railroad transportation which is a much more dangerous, environmentally hazardous, and inefficient mode of transportation of this energy resource. 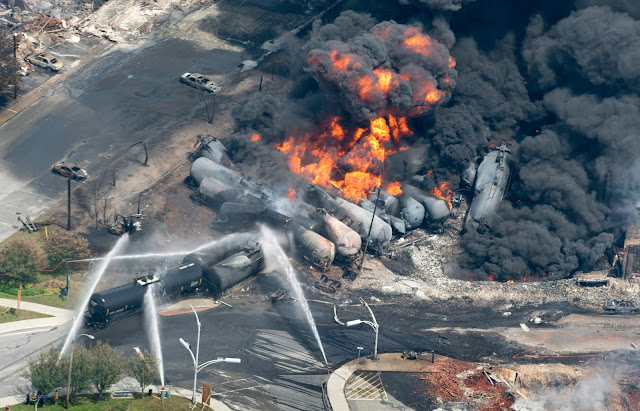 Railroads
There have been three major railroad disasters over the last two years all revolving around the issue of oil transportation via trains, which is just ludicrous even on the most critical interpretation of logistics when seen through the warped lenses of the lunatic environmentalist. 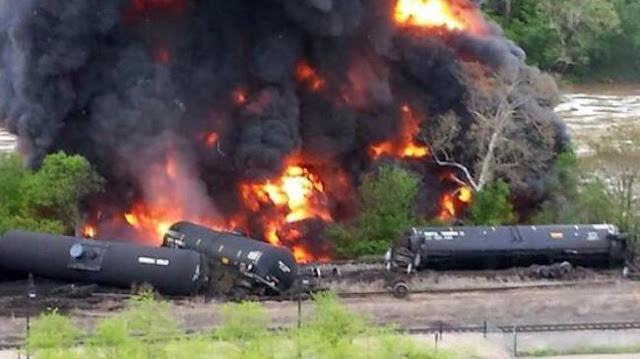 Environmental Extremism
This is one of the problems with the environmentalist movement, they go to such extremes in many aspects that the cause justifies the means no matter how ridiculous the extreme, that they lose credibility where in fact it makes for sensible policy to makes positive changes for the environment in many cases.
The analogy here is like a movie scene where they go for such a ridiculous special effects scene that it takes from the credible storytelling because the movie has just jumped the shark and has turned into a complete farce, a comedy, a parody of the sublime. 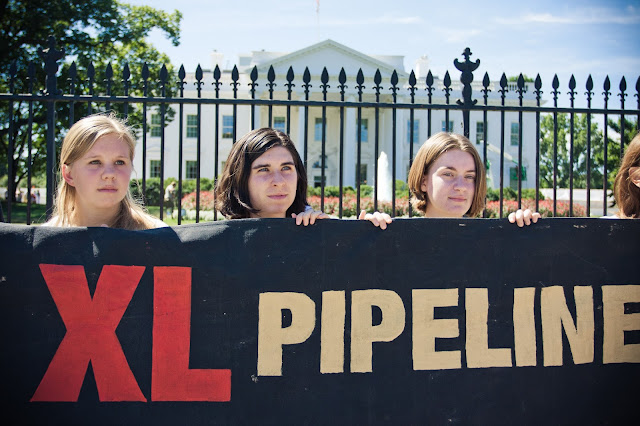 Politics of Environmentalism
In fact the environmentalists if they weren`t more into the politics of environmentalism, and actually just looked at the environmental effects of the Keystone Pipeline would realize pretty matter of factly that they should be on the other side of the Keystone Pipeline debate. It really should never even be debatable, how this issue even became an environmental politicized event is the real area where investigative minds should focus. It is a no-brainer that all pipelines modes of transporting fossil fuels are safer, more environmentally friendly and cost efficient as opposed to the alternatives of transporting these same energy resources. It is as close as one can come to a scientific fact, given that this isn`t for practical purposes a perfect scientific experiment, but if one spent the money, the experimental evidence would verify this conclusion. Pipelines are safe, environmentally friendly, and cost efficient over the long haul, this is why we have so many of them, and why they have been such an important infrastructural tool for modern societies and are interwoven into the fabric of the American landscape. 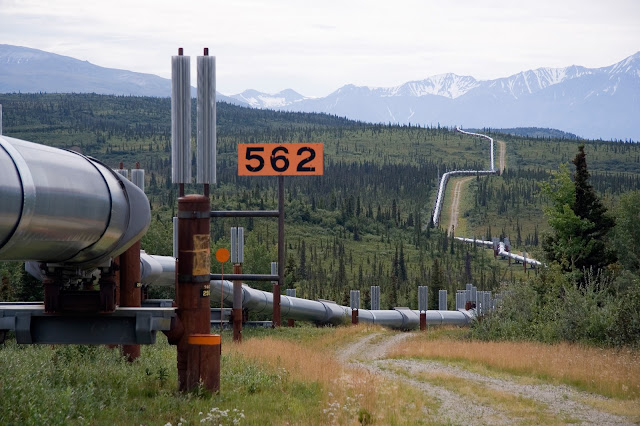 Follow the Money Trail
One of the key elements of anything that goes on in this world whether it be warring factions, religious fights, political debates, financial markets, educational debates or even environmental concerns is what is really going on behind the scenes, and it usually involves money.
The Keystone Pipeline debate isn`t really about the environment at all, but rather money. I find it rather convenient that one of the biggest supporters of the Obama administration is namely Warren Buffet who just so happens to have major railway exposure both in terms on owning a railroad outright, but also owning shares in other railroad companies. Who benefits and is hurt if Keystone Pipeline gets blocked or tied up in legislative procedure and governmental red tape? 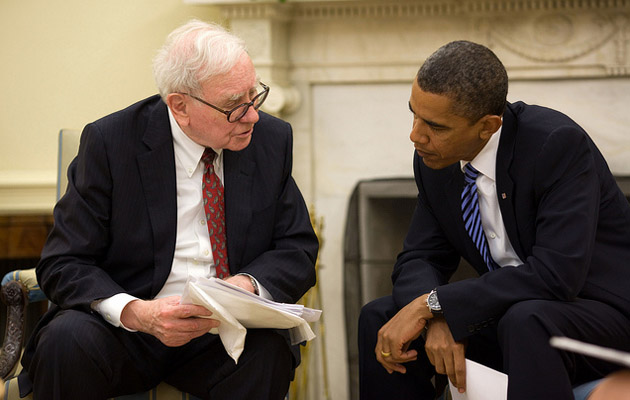 The railroads as a group benefit because more of this potentially dangerous product is freighted across the rails as opposed to being pumped through the pipelines, and at a time when the commodities and coal freight markets are down, the railroads cannot afford to lose this cash cow of oil transportation. Any incremental threat towards more pipeline transportation and less railway transportation is going to be lobbied on K-Street in Washington. I hazard to bet if Warren Buffet bought a pipeline company instead of a railroad company that Keystone would have been passed long ago.
The Big Business of Environmentalism
The other money trail to follow is the money behind the environmental movement, most movements are really about raking in money, and the environmental movement is no different, environmentalism is big business just like any other major business. The environmental movement needs causes to get people stoked up about and show how much they care about the environment, and get the money raising campaigns a high profile issue to put on marketing materials all with the goal on raising money for the business. Unfortunately for the Keystone Pipeline Project, the environmentalists used this run of the mill project for their symbol to raise a stink about in over to publicize their movement, create the hysteria, get the publicity machines going full force, and bring in the donations from across the country from the uneducated tree hugging crowd. The Keystone Pipeline was really serving as a campaign Mantra for environmental fundraising, a symbolic cause that could be put on glossy marketing materials.

One Country`s Lobbying, is another Country`s Bribing
The money angle all ties into the equation as who are the biggest voters and supporters of the Democratic Party of which the Obama Administration is of course affiliated? Well it is the environmental demographic and the environmental movement and industry as a whole as they are major financial contributors to Democratic Political campaigns. It all comes back to money, just follow the money trail. Keystone could be the most favorable thing for the environment since plants, but if it has been identified and framed as anti-environmental by the environmental movement, the Obama Administration was always going to veto or block the pipeline project. This is political payback, or what other countries label as financial bribery!
Shady Obama Administration Maneuverings
I won`t even get into the machinations that the Obama Administration undertook behind the scenes both with the Canadian government, and the Pipeline company involved with building Keystone, but rest assured this could be an entire new focus for investigators.
The Irony of the Keystone Debate
The complete irony of Keystone Pipeline is that while all this furor was going on in the media and public debate regarding the environmental worthiness of the project, thousands and thousands of miles of pipelines were being constructed and laid out all over the United States. While the blind lemmings debated and fought ‘the good fight’ consumers all across America benefited from cheaper, more environmentally friendly and safer transportation of these important and vital energy resources for keeping their transportation costs lower and their homes heated this winter. Just imagine if we transported water via the railroads instead of the pipelines from an infrastructure standpoint? I think I found Warren Buffet`s next lobbying effort, and future cash cow!
SALT New York 2021: Wences Casares And Peter Briger On The Macro Case For Bitcoin