ValueWalk
Home Info-Graphs Gold Stocks: No One Left to Kill? 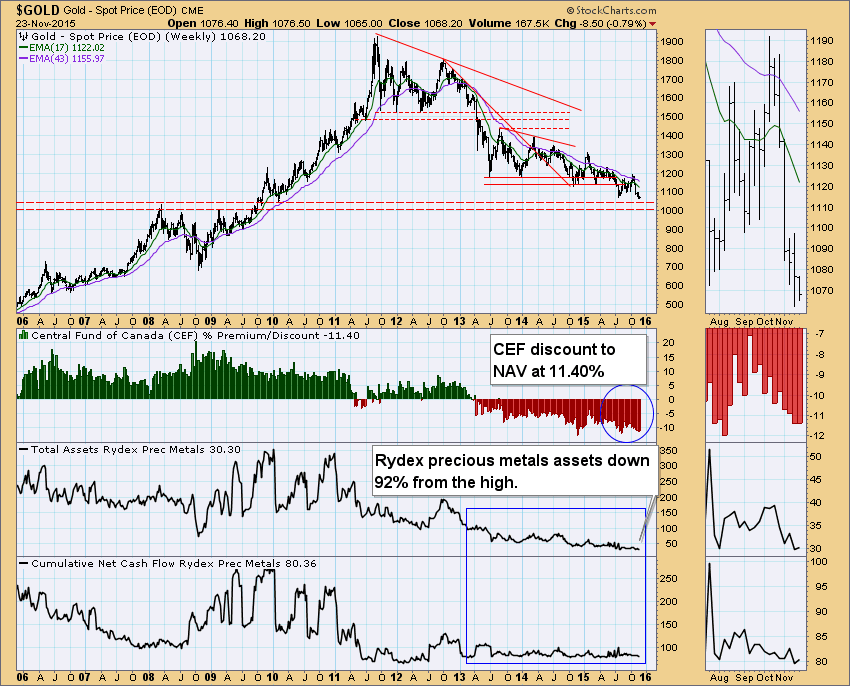 An Interesting Juncture for Gold Stocks (A good read with links)

Note that CEF in the above chart trades at an 11% discount to its 60%/40% holding of gold and silver bullion after a four year down-trend–note that this is either hyper-bearishness or massive extrapolation of trend-following.   Apple’s cash hoard could buy the entire public mining sector.   Gold stocks are cheap for a reason: poor capital allocation, poor cost control, and dilution of shareholders revealed in the five-year long bust from an epic boom from 2001 to 2011 caused investors to flee.   Since then many managements have gained religion on cost control and capital discipline (Note Barrick, ABX). All cycles turn, but when? If we knew, then no opportunity.

Henry Singleton’s Teledyne is one of the greatest business success stories there is. The conglomerate was born in the early 60s by the acquisition of a single company with less than $1 million in revenue. Over the next 15 years, Henry Singleton acquired around 125 (or 145 or 130 there are several different estimates) other companies Read More

I always hear investors or analysts ask, “So what is the catalyst?”  If the market is at all efficient–and I would say that it is except at major inflection points–then if we knew the catalyst, then the opportunity would be arbitraged away.  How about the law of low prices or the law of supply and demand.

Ironically, as gold has declined in US dollar terms, it has risen in real terms versus commodities showing its mettle in a credit contraction.  TSI BLOG 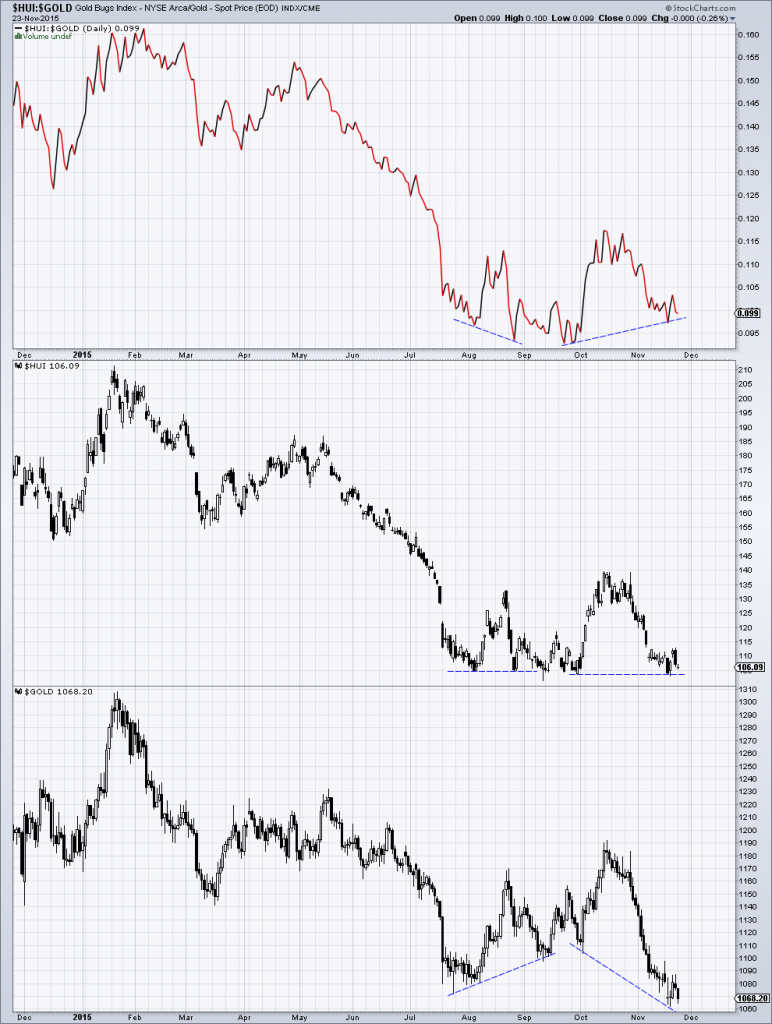 The HUI, a gold stock index, is showing relative strength versus gold.   However, certain gold stocks like Novagold (NG), Sabina Gold (SGSVF) or Agnico-Eagle (AEM) are in incipient uptrends or, at least, vastly outperforming their indexes such as GDX or GDXJ.  You must diversify amongst the highest quality producers, developers, and explorers.

This post is not a recommendation but a historical reference point for a hated asset class.  I see much less RISK in a terrible industry such as gold mining than wonderful businesses such as Amazon, CRM, or GE.