Developed market sales and earnings estimates revisions remained relatively stable throughout the most recent market turmoil, with about half reporting positive changes over all 6-, 3-. and 1-month time horizons: 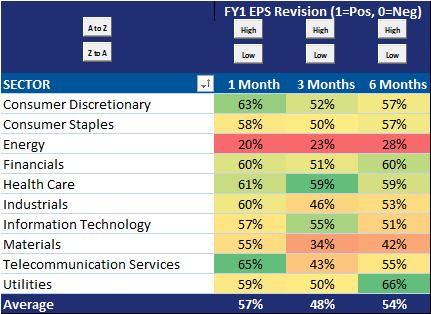 Even estimates in the Energy sector have gradually improved (in spite of still being negative): 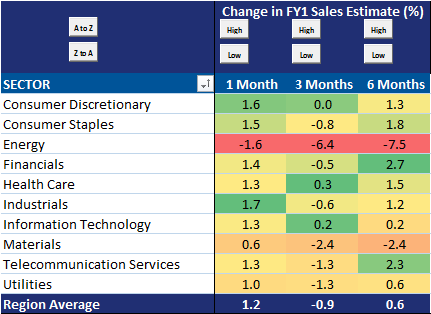 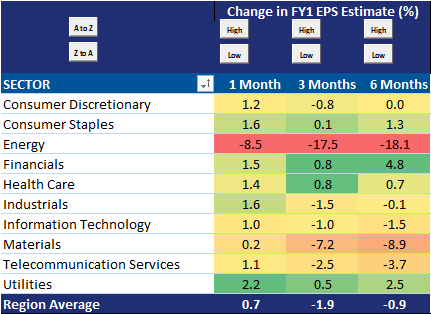 For their part, emerging markets’ estimates revisions have been much more volatile, with changes in sales estimates jumping from less than 20% positive six months ago to nearly 50% positive over the last month (led by cyclicals in the Consumer Discretionary and Information Technology sectors): 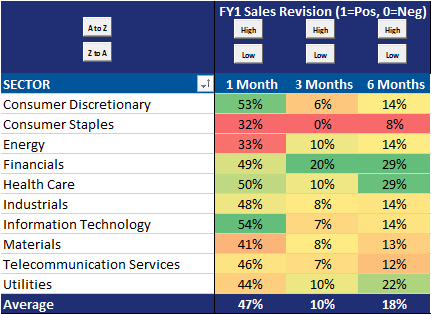 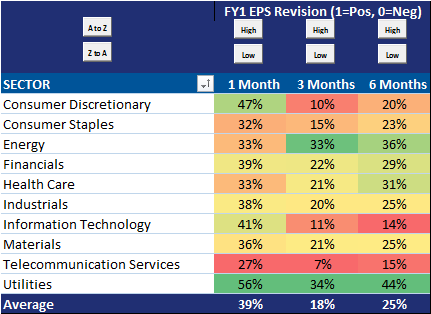 In spite of the more positive outlook with respect to revisions, the estimates themselves remain in (less) negative territory overall: 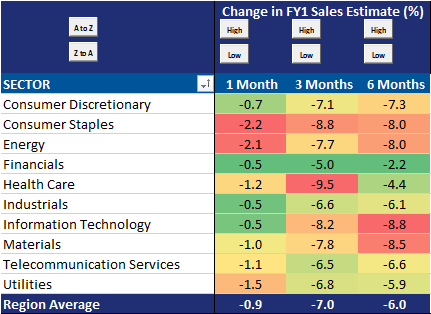 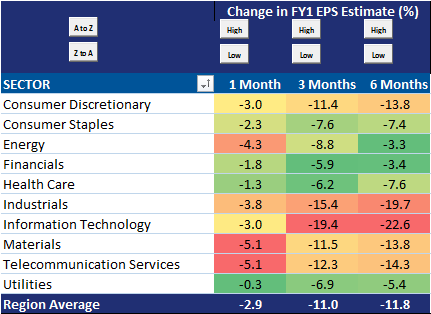