Fund Flows And The S&P 500 by Jennifer Thomson, Gavekal Capital

This seems reasonable enough, given the decimation of the commodity complex: 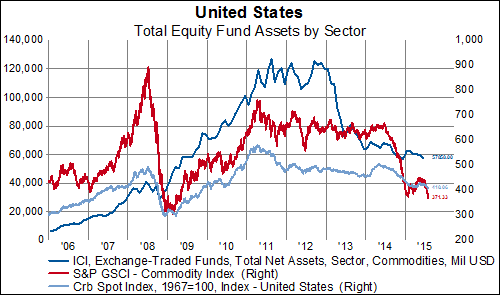 A closer look at the one month difference in total net assets, by sector, reveals that just two groups had positive flows last month– Health Care and Financials: 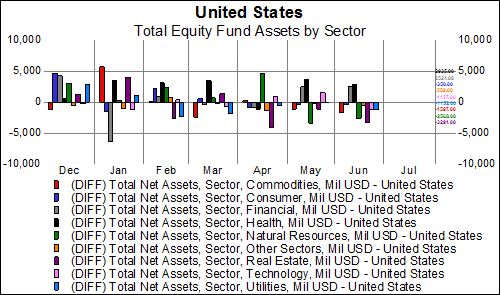 A diffusion index constructed of the monthly changes in each of the sectors (+1 for a gain, and -1 for a decline) reveals that month-over-month changes were about evenly matched in July with a score of 0.  This is an improvement over the last four months (March-June) in which declines in fund assets were the dominant trend in flows.  The S&P 500 held up well over this time period, in contrast to previous instances in which the diffusion index fell below zero.  As we can see in the chart below, such outflows have typically preceded or coincided with stock market declines: 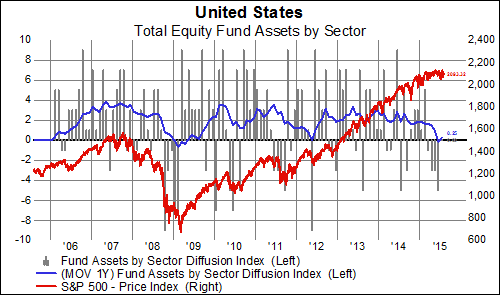