A recent Gallup Poll shows that North Dakota has become a state whose residents are relatively happy with their current standard of living. Gallup published an article on Monday August 25th, highlighting the results from their 50-state Gallup poll conducted from June through December of last year. The results of the poll suggest that North Dakota residents are among the most satisfied with their state’s current economic conditions. 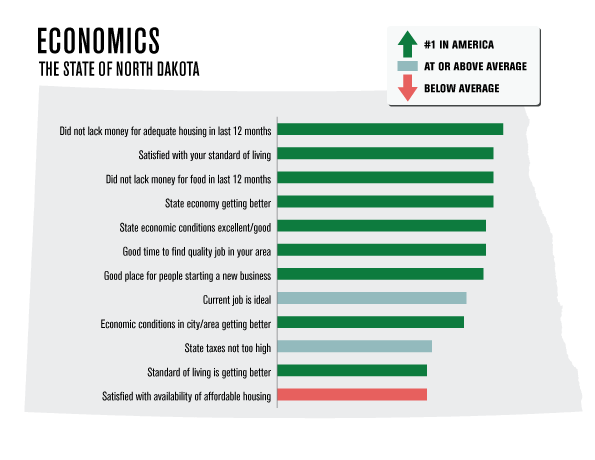 According to data from the poll, residents of North Dakota are more likely than residents of any other state to say that their economic conditions are excellent or good, that the state’s economy is improving, and that they have not lacked money for adequate housing over the last year. Furthermore, more North Dakotans say it is a good time to find a quality job and that their state is a good place for people starting a new business. 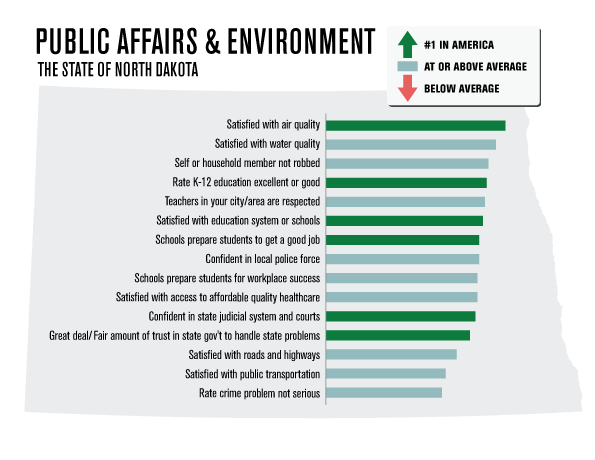 The only flies in the ointment for North Dakota residents are housing and social climate. Compared to other states, a greater than average number of North Dakotans were unsatisfied with the availability of affordable housing. The state also came in below average in terms of being a good place for immigrants or gay and lesbian people.

But it’s more than black gold

Most Americans believe the reason for North Dakota’s success is that the oil boom has expanded wealth and opportunity such that almost everybody has a good job. North Dakota government officials argue its more about prudent long-term planning statewide that began back in the 1990s. North Dakota Gov. Jack Dalrymple says the state was on its way to economic prosperity before oil was struck in 2006. 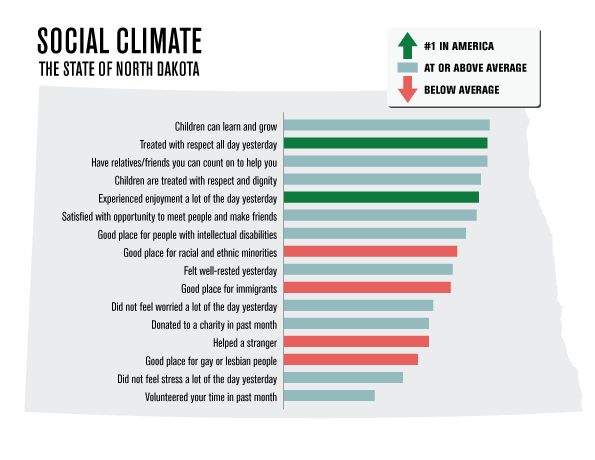 “We needed to get our state economy going,” Dalrymple elaborated. “We basically set about creating a state for more opportunities … energy, agriculture, technology, advanced manufacturing, tourism.”

Andy Peterson, president and CEO of the North Dakota Chamber of Commerce, argues that the growth in  manufacturing, value-added food processing and tourism, together with traditional economic bases such as agriculture, led to North Dakota’s economic boom. He also says that oil didn’t really become a factor in the state’s finances until 2009, and by that point the groundwork for an economic boom had already been laid.