Home Book Reviews Global Value: DOES THE CAPE RATIO WORK GLOBALLY?
Global Value: How to Spot Bubbles, Avoid Market Crashes, and Earn Big Returns in the Stock Market (only $4.99) by Meb Faber
Publication Date: March 17, 2014
Investment bubbles and speculative manias have existed for as long as humans have been involved in markets. Is it possible for investors to identify emerging bubbles and then profit from their inflation? Likewise, can investors avoid the bursting of these bubbles, and the extreme volatility and losses found in their aftermath to survive to invest another day?Over 70 years ago, Benjamin Graham and David Dodd proposed valuing stocks with earnings smoothed across multiple years. Robert Shiller later popularized this method with his version of the cyclically adjusted price-to-earnings (CAPE) ratio in the late 1990s and correctly issued a timely warning of poor stock returns to follow in the coming years. We apply this valuation metric across more than 40 foreign markets and find it both practical and useful. Indeed, we witness even greater examples of bubbles and busts abroad than in the United States. We then create a trading system to build global stock portfolios, and find significant outperformance by selecting markets based on relative and absolute valuation.

The new book Global Value: How to Spot Bubbles, Avoid Market Crashes, and Earn Big Returns in the Stock Market (only $4.99) applies the CAPE valuation metric across more than forty foreign markets and finds even greater examples of bubbles and busts abroad than in the United States. It outlines the creation of a trading system to build global stock portfolios, and finds significant outperformance by selecting markets based on relative and absolute valuation.

Below is an excerpt from the book Global Value about using CAPE globally:

DOES THE CAPE RATIO WORK GLOBALLY?

There is very little in the literature regarding global CAPE ratios for international
equity markets. One such resource is Russell Napier, who authored Anatomy of the Bear: Lessons from Wall Street’s Four Great Bottoms and who discusses global
CAPEs in a video here. We also found two recently published papers by Joachim
Klement– “Does the Shiller-PE Work in Emerging Markets?” and “Value
Matters: Predictability of Stock Index Returns” by Angelini, Bormetti, Marmi, and
Nardini.

We examined 44 countries with data from Global Financial Data and Morningstar, including as much data as we could find. We realize there is some bias in this study (German PE data to 1685 or French to 1724 doesn’t really exist), but we did the best with what we have. We utilized dollar based returns (and found local real returns to be nearly identical in a separate study). We do not include 11 frontier markets in the study due to their size, although we present their data for reference later in this book.

While only two countries had century-long data (US and UK), most have data
that goes back to the 1970s and 1980s. We only included data from the common
period of 1969 forward in the below table.

Another way to look at this chart is to look at average valuations across all countries in the  database. Figure 18 below seems to do a good job in identifying secular bull and bear  starting points. The only bias is that equal weighting will overweight smaller countries, so  perhaps a market cap or GDP weighted benchmark would be more reflective of the global  landscape. However there is no rule that says you have to invest in the global market cap  index, rather, you want to invest where you will have the highest future returns.

Despite the strong returns of the low value basket, it is very important to buy a basket of  countries rather than just one or two. Similar in nature to a stock portfolio, an investor  needs some diversification to avoid catching a “falling knife” in any one country. Realize  that at one point Greece, Ireland, Argentina, and Russia traded at CAPE ratios above 10.  The main reason they are trading where they are now is due to large price declines. There  is a famous investing joke: “How did that investment decline by 90%? It went down by  80%, then got cut in half.” Realize that investing in single countries can be risky, and we  suggest investing in a basket of perhaps the 10 cheapest countries (which is about the top  25% of the developed and emerging universe)

So – think about it right now. If you could only invest in a basket of countries, would you  prefer the basket trading at an average CAPE ratio of 8.6 or 20.3? Those figures are the  average values of the 10 cheapest and most expensive countries from Figure 29 above While you would have been buying Thailand, New Zealand, and Chile in the late 1990s, now  you would be buying Greece, Ireland, and Russia. It is hard, especially with emotional news  flow and headlines, to be name and country agnostic

Get the fool book to read more its only $4.99 get it here  Global Value: How to Spot Bubbles, Avoid Market Crashes, and Earn Big Returns in the Stock Market 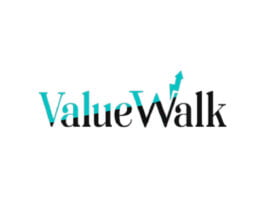