Hottest links for Friday November 15th, 2013 the late edition (see Thursday’s edition of hottest links). Get our free daily newsletter (which HAS BEEN RECENTLY UPDATED) and never miss a single linkfest. Also… soon if you sign up you will get a free copy of our new e-book on value investing. Stay tuned for the news.

Top stories for today are included below.  Even more 13F data trickling in, as well as news of investors pulling out of emerging markets en masse and more information on the devastating hit piece that struck at Tile Shop Holdings.

Investing in companies with strong corporate governance principles will lead to a stronger rate of return, according to new evidence from research firms Inalytics and PIRC. [Kip McDaniel, aiCIO]

Active Pieces Of The Pie

Much virtual ink has been spilled on how difficult it is for individual, and even professional, investors to generate alpha in the capital markets. Ray Dalio of Bridgewater Associates, the largest hedge fund operator in the world, said as much this week at the Dealbook conference. [Tadas Viskanta, Abnormal Returns]

So Ted Weschler, one of Berkshire Hathaway Inc. (NYSE:BRK.A) (NYSE:BRK.B)’s new investment managers made some news recently.  He bought 3.7 million shares of DaVita HealthCare Partners Inc (NYSE:DVA) after their dreadful 3Q conference call in which Thiry (DVA’s current and long time CEO) said that the outlook for 2014 is worse than they had anticipated, and the hit to earnings can be substantial. [KK, Brooklyn Investor] 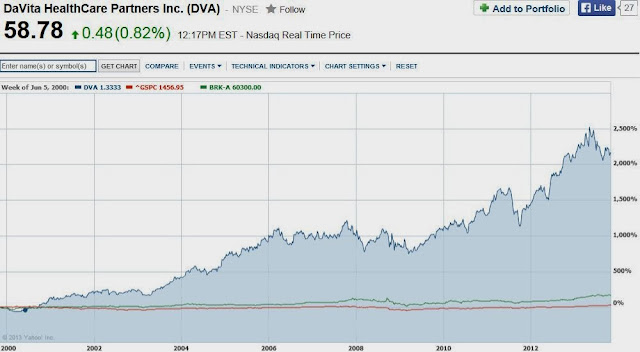 The Myth Of The Merger Scoop

This dynamic may well have been at work in the recent aborted sale of BlackBerry Ltd (NASDAQ:BBRY) (TSE:BB). As the auction process veered off course and the company’s deadline for finding a buyer approached, some fairly unconvincing reports emerged linking the company first to Lenovo Group Limited (ADR) (OTCMKTS:LNVGY) (HKG:0992), and then to Facebook Inc (NASDAQ:FB). [John McDuling, Quartz]

October was a month that had market and economy-watchers reaching for superlatives and looking back to judge events against historical background. Thomson Reuters charts and interactive timelines provided perspective for investors. [Vincent Flasseur, AlphaNow]

“There’s a long list of failed managers who look to raise money off of one correct market call made in the past, so no, I’m passing on this one,” said Brad Balter, founder of $1.2 billion Balter Capital Management, which invests in non-brand-name hedge funds and alternative mutual funds. [Bess Levin, DealBook]

Tile Shop Hldgs, Inc. (NASDAQ:TTS) received an unwelcome piece of anonymous research from Gotham Research.  This is the most convincing “hit piece” put out by any short-seller (Muddy Waters included) this year. Gotham reports them in days sales of inventory – and here I reproduce their table. [John Hempton, Bronte Capital]

That’s the argument last week at Cowen & Co., where analysts Adam Graf and Misha Levental see a need for the sector’s less-troubled companies to find new sources of the metal looking past 2017. [Brendan Conway, Focus on Funds] 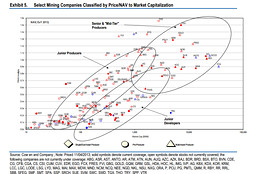 News Use across Social Media Platforms

News plays a varying role across the social networking sites.1 Roughly half of both Facebook Inc (NASDAQ:FB) and Twitter Inc (NASDAQ:TWTR) users get news on those sites, earlier reports have shown. [Jesse Holcomb, Jeffrey Gottfried and Amy Mitchell, PewResearch]

How the NYT Neglects Business Journalism

The first is the almost hilarious way in which the NYT seems to go out of its way to ensure that readers do not read wire stories on the NYT site, despite the fact that they make up the overwhelming majority of the content on the site. [Felix Salmon, Reuters]

Returning To Japan, Hedge Funds Bet This Time Is Different

Big names from New York to London have made billions betting that “Abenomics” – the monetary stimulus programme launched under Prime Minister Shinzo Abe – would send the yen sliding and stocks surging. [Reuters]

Actavis At The Friday Night Dump

So far this year, Actavis, the global drug maker that two months ago, completed its acquisition of Warner Chilcott Plc (NASDAQ:WCRX), has issued 75 press releases on all sorts of things. But here’s something we’re still waiting to see in a press release: the 8-K that the company filed last Friday, Nov. 8, at just after 5 pm est. [Footnoted]

Now the instant messages, along with similar activity among other traders, are at the center of an international investigation into banks like Barclays PLC (NYSE:BCS) (LON:BARC), the Royal Bank of Scotland Group plc (NYSE:RBS) (LON:RBS) (AMS:RBS) and Citigroup Inc. (NYSE:C), according to recent public disclosures by the banks and interviews with investigators who spoke on the condition of anonymity. [Ben Protess, Landon Thomas Jr. And Chad Bray, DealBook]

A famous hotel rebuilt every winter in northern Sweden using only ice will this year install fire alarms. The Ice Hotel, located in the small Arctic town of Jukkasjarvi, is following a request by authorities to guarantee the safety of its guests. [AFP, ABC]