Ben Bernanke gave a press conference after the last Fed decision where he laid out the Fed`s plans for exiting their stimulus program and the market to put it bluntly freaked out with Bonds yields soaring, and all other asset classes selling off sharply. The Fed didn’t like the reaction, especially with bond yields jumping much higher than they ever anticipated, and immediately sent numerous Fed governors to the media trying to talk back the market, again especially bond yields. 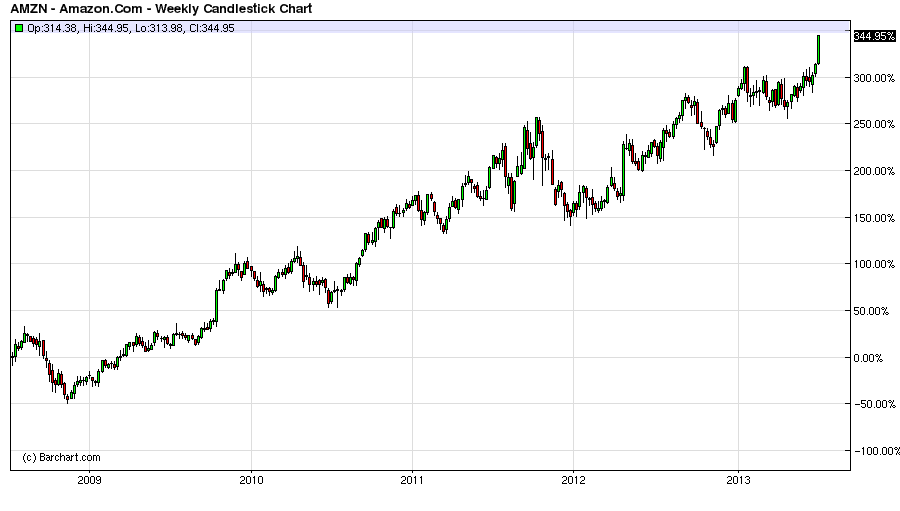 The Definition of a Bubble 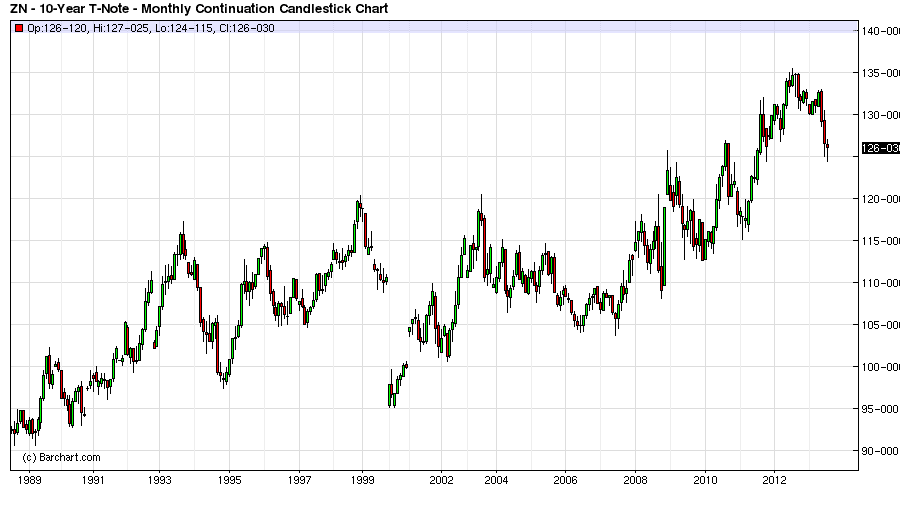 The fact that the market would react so dynamically without the fed actually doing anything, and only talked about slowly transitioning from QE purchases in a tapering fashion with a rather drawn out process through the summer of 2014 means the federal reserve has created massive bubbles in several asset classes.
Further Reading: Gasoline Futures Market Rises 45 Cents in 10 Days
This is the very thing they were lecturing everyone about on how Ben Bernanke policy going forward would be different this time and that they finally learned their lesson after the 2007-08 financial crisis caused by having the fed rates too low for a prolonged period in order to stimulate the housing industry.
Well not only has the federal reserve kept the fed funds rate too low for far too long a period, but they injected billions and billions of dollars into asset classes with their various outright purchase programs which had the effect of pushing many asset classes several standard deviations beyond their normal sustainable levels through normal market conditions. This is the definition of a bubble all over again!
Further Reading: China GDP To Hit 6.7%

Ben Bernanke and the QE The Conundrum

The catch 22 is that they cannot exit now without markets and asset classes freefalling back to natural sustainable levels, yet markets are at hundred year highs! The real problem is that if they cannot exit now, then they push markets and asset classes even higher artificially to even more unsustainable levels! The drop becomes even more pronounced a la the Tech bubble where stocks trading in the 100`s dropped to zero, silicon valley had their fire sale for property as all the business built up around unsustainable market valuations came crashing back to reality. 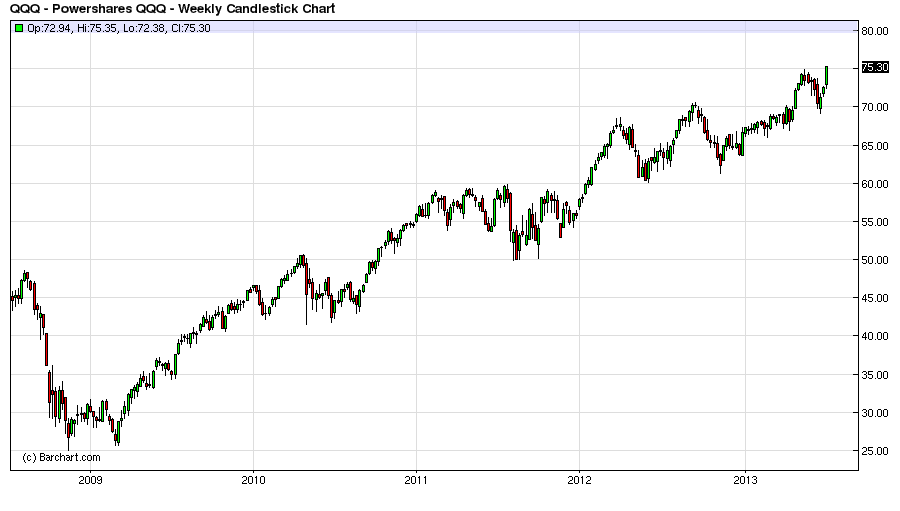 The thought was that, or rather the original hope by the fed, I am sure they thought of it more as a theory was that they would push or support asset prices up until the economy picked up and then the next business cycle would kick in and take over or be able to support asset prices as they withdrew the stimulus. But it has been five years of artificial stimulus and the economy still cannot hold up or replace the fed`s stimulus measures without asset classes falling precipitously.
Further Reading: Oil Myths & Why WTI Is a Short
The Bubble is too Big for Original Ben Bernanke Plan
Here is the most salient point the bubble is so big now after five years of artificial stimulus that even a robust economy that creates 350,000 new jobs each month, and a GDP of 3.5% cannot replace the offset of the fed removing their stimulus from the markets. Asset prices are going to fall rather hard once the fed leaves as we witness even at the hint of tapering. 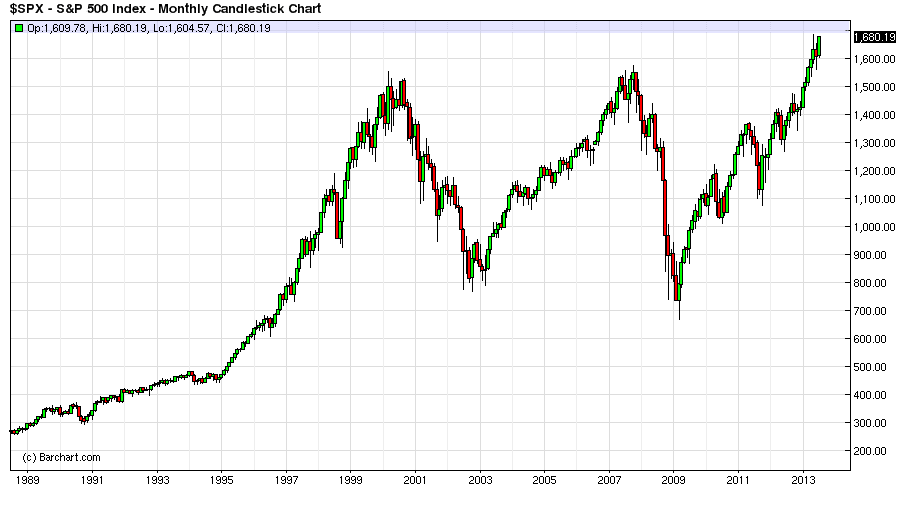 This is because asset prices have been inflated for five consecutive years. This has never been done in the history of financial markets. Ben Bernanke  has outdone every previous bubble they have ever created, and as all asset classes are inter-related, leverage is used, and the correlation of asset classes in greater than ever before in markets. There is no possible exit without causing massive money flow disruptions in financial markets. Every asset class is based upon and relies on the fed stimulus each month like a financial market crack addict.
Ben Bernanke and The Withdrawal Effect
Shoot you cannot even get prescription sleeping aids these days without your doctor lecturing you on the effects of the withdrawal phase. Not receiving $85 Billion each month that finds its way into financial assets is going to create a significant withdrawal phase for markets. The longer the policy continues the more severe the withdrawal phase becomes similar to withdrawal from a highly addictive drug. 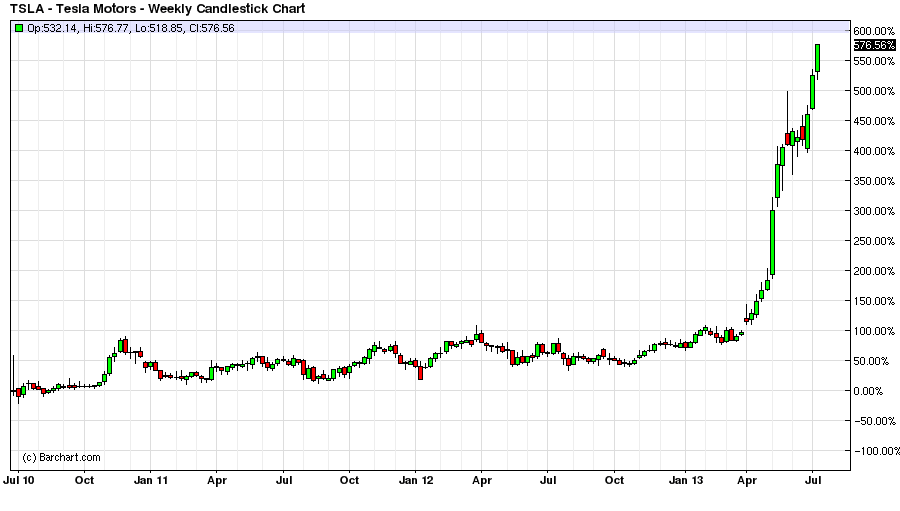 Portfolio Expiration is a nice trick, but only addresses a third of the Withdrawal Effect
The talk of just letting the portfolio expire on the fed`s books without them selling these assets into the markets completely misses the point. Yes that will make it worse selling those massive positions, but that is a foregone conclusion that they cannot sell those into the market. It is the stimulus each month during these QE1,2,3,4 programs that being taken away is where there is no way to mitigate or hedge the market withdrawal, i.e., the bubble effect.

Further Reading: Pipeline vs. Rail: Canada Oil Train Crash
When you have Amazon going from a $50 stock to a $310 stock on several years of poor earnings results, an electric car company in Tesla that has a stock price at $130 a share in a boutique market, where low growth companies like Microsoft, Yahoo and Intel are all having ridiculous multiple expansion for dying business models illustrates how valuations are getting really frothy and bubbly in financial markets.
Ben Bernanke Options & Damage Control
There is a bubble, and I think Ben Bernanke  realizes it and are trying to figure a way out of their predicament. The best way is to take some short-term pain and stick with the program. The worst way is too never stop the program because the bubble gets so big when it crashes it will crash despite the fed`s participation, and given no more bullets the entire system collapses. This results in disaster cleanup mode where after the carnage somebody picks up the pieces and starts all over again trying to construct healthy markets from scratch.
Somewhere between these two options is to intend to stop in the near-term future in a tapering fashion but the markets leave or front-run the fed and correct or price-in the collapse/money flow disruptions on their own in essence breaking the fed`s credibility.
Ben Bernanke and The Bond Vigilantes
This is what the bond market is already starting to do in fits and spurts. But we haven`t seen anything yet by the bond vigilantes. The only thing we have seen so far is an $80 Billion withdrawal from bond funds as investors try to protect principal. Make no mistake we haven’t even begun to experience any vigilantism in bond markets.
When this happens the worst thing the fed can do is try to fight them as the perception that they are out of touch further erodes credibility, and the market becomes panic stricken where normal valuations and previous models go out the window.
Ben Bernanke behind the Curve due to Market Appeasement
I think Ben Bernanke realizes there may be a problem, but I don`t think the Fed has a clue how serious the problem is because they just don`t understand actual market structures these days. These are all economic trained academics and not a single fed member has any actual market experience in the industry.
Academics don’t fully understand financial markets – Underestimate consequences of policy
They have no clue about how leverage is used these days with futures and options, the interconnectedness of assets, and how once the bubble starts receding or losses start in one area of the market they become exponentially compounded because of the advanced financial tools meant to maximize profits on gains.
Well the reverse happens on losses and despite credit default swaps being monitored more closely, i.e., firms probably are not going to sell more credit default swaps than the value of their firm; other lever-able tools and structured trades in the current system are more than enough to create massive losses on the bursting of the Ben Bernanke  QE inflated bubble.
The Ben Bernanke just doesn`t understand the magnitude of the unintended consequences of this current QE conundrum that they are locked into. The inescapable fact is that the busting of this bubble, and it will bust at some time, is going to cause massive losses in the financial system.
The question is what if anything can they do to minimize the collateral damage from a known bubble that exits in numerous asset classes, and how to minimally prick or slowly deflate this bubble without ending up in a worse place than you started out at five years ago. This is the Ben Bernanke Conundrum!