Apple Inc. (NASDAQ:AAPL) is thriving on iPhone sales garnering 31.2 million in the third fiscal quarter. The iPhone maker also smashed the previous numbers in digital sales like music, video, apps and e-books with $3.9 billion in revenue.

Digital sales of the company did not achieve record sales of $4.1 billion in the last quarter, however, achieved 25 percent more sales from the previous year period.

CFO Peter Oppenheimer announced latest statistics, as per which iTunes billings were at $4.3 billion. Last week of the June was the best one in the quarter for App store. Oppenheimer said that total of 1 billion TV episodes have been downloaded from the digital store of Apple Inc. (NASDAQ:AAPL) since it came into existence. On per day basis around 800,000 shows and 350,000 movies are downloaded.

Oppenheimer said “generated record billings of $4.3 billion in the June quarter, culminating in our best month and best week ever for App store billings at the very end of the quarter.” Billings that include Apple’s cut through developers resulted in quarterly revenue of $2.4 billion, which is 29 percent more from the year ago quarter.

Apple Inc. (NASDAQ:AAPL) celebrated App store’s fifth anniversary in July and said that iOS titles, which were given as an offer increased to 900,000 and 375,000 of these titles, are for the iPad. Developers have earned $11 billion from App Store sales in the last four months.

iTunes, which was started 10 years ago to support Apple’s iPod, has flourished like a media and software powerhouse. Presently, the service earns more than five times the revenue it earned during the initial stages of its launch.

However, for iTunes popularity is mainly shifting from music towards video and apps. The news is also in line with changes in the music industry that have diversified into similar platforms including apps, games and videos.

Though iPad sales fell 14 percent in the quarter, but according to Apple Inc. (NASDAQ:AAPL) Chief Executive Tim Cook, both tablets and smart phones have still room to grow, mainly in overseas markets. Both these devices are also key drivers of music and media consumption. As per Cook, automobile, which is a “part of the ecosystem,” is another potential driver for media consumption. 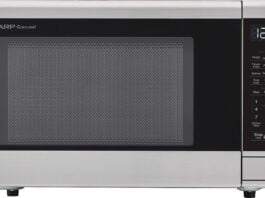