ValueWalk
Home Politics How Much Influence Does Fed Have On Markets?

An Auction with Fake Buyers, that will end well!

The reason why is when you have the Federal government in the form of the Federal Reserve injecting 85 Billion worth of artificial capital, i.e., capital that wasn`t earned, or created through increased sales, revenues or increased productivity gains.
The problem is that this ‘artificial capital’ is not real, it is temporary and the Fed will discontinue the artificial capital injections, and even remove the liquidity out of the system when they begin tightening.
You call it Asset Purchases, I call it a Ponzi Scheme
So a Ponzi scheme pays out old investors with the proceeds of the new investors. Well, current retirees right now are benefitting from these ‘artificial injections’ into the stock market at the expense of future retirees who will be left holding the bag on depreciating assets once the fed stops the artificial injections, and asset prices go down. Moreover, when they take the additional step of removing the liquidity from the system, i.e., tightening mode, asset prices will go down even further.
Consequently, anybody who takes money out of the stock market while the fed is artificially raising asset prices is benefitting at the expense of all 401k money that is buying assets now at artificially raised prices.
In short new investors are buying assets at prices higher than they would otherwise without the Fed`s involvement in the markets. 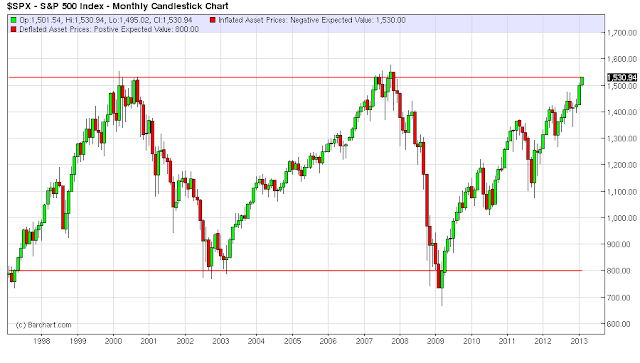 These are ‘Temporary Purchases’ right?
Hence the cost basis of their investments is much higher with each artificial liquidity injection. This is great for current retirees, but at the expense of future retirees who now have inflated assets that will deflate once the Fed takes away the proverbial punch bowl.
Read more: https://www.econmatters.com/
Throw in the fact that baby boomers will start withdrawing their retirement capital to live on and those are two deflationary variables that future 401k retirees must overcome.
Nobody likes the Re-Pricing Mechanism
By artificially raising prices in a temporary fashion the Fed is guaranteeing losses for the future for anybody who bought the assets under these ‘artificial circumstances’ and these policies are withdrawn and the very same assets re-price to non-artificially inflated levels.
3 Alternative Outcomes
The only way the Fed can avoid this guaranteed negative outcome for these investors is to hope real productive growth and private capital can substitute for the greatest artificially created liquidity market capitalization in history.
Read more: https://www.econmatters.com/
Or alternatively, the Fed can never stop artificially raising asset prices with the same magnitude and level of involvement. So they have put themselves in a box, effectively committing them to QE eternity.
The other possibility is they lessen the liquidity as much as private capital can make up the difference, i.e. a QE lite.
Should Retirees Gamble with the Fed?
But for future retirees this is entirely too risky territory to be caught up in a scenario which the Fed seems to have no solid exit plan. And I know that employees just sort of allocate money into the company sponsored plan with a given level of investment choices each month without really thinking about these deeper issues.
Read more: https://www.econmatters.com/
But every asset that employees have bought over the last four plus years and put in the retirement account has been artificially raised through Fed involvement. When the Fed stops being involved investors should seriously move out of these investments and into money market funds to protect the gains made in the artificial liquidity driven period.
Don`t be left looking for a chair, when the music stops
Otherwise, these investors are going to be paying the price, just like in a Ponzi scheme when the liquidity tide recedes back into the ocean of actual asset values.  Make no mistake current asset holders are reaping the benefits, at the expense of current investors, and future asset holders who will be left holding the bag of artificially inflated “Non- Stores” of Value! The Federal Reserve is guaranteeing that these assets will lose value in the future.