Apple Inc. (NASDAQ:AAPL), Welcome to the World of “Commoditized Products”

The luster is finally falling off of Apple Inc. (NASDAQ:AAPL), and in the end they were just a hardware provider, who provided products which will easily be commoditized as we noted previously. Every spike in Apple will be heavily shorted into as margins compress for the next 4 years plus, i.e., eternity. Research In Motion Limited (NASDAQ:RIMM (TSE:RIM) says welcome to my world Apple Inc. (NASDAQ:AAPL), your hell is just beginning.

If Apple Inc. (NASDAQ:AAPL) couldn’t blow out numbers with their signature product, in their holiday quarter with an imploding stock price, forget about it, all downhill from here for one of the most overvalued stocks of all time.

Now this sets the stage for a couple of other stocks that are about to face the music as the earning`s season picks up speed. It was a nice strategy to buy Hewlett-Packard Company (NYSE:HPQ) after the tax selling season finished, and push it up with all the other dog stocks of 2012 in Dell Inc. (NASDAQ:DELL), Research In Motion Limited (NASDAQ:RIMM (TSE:RIM) and many others. 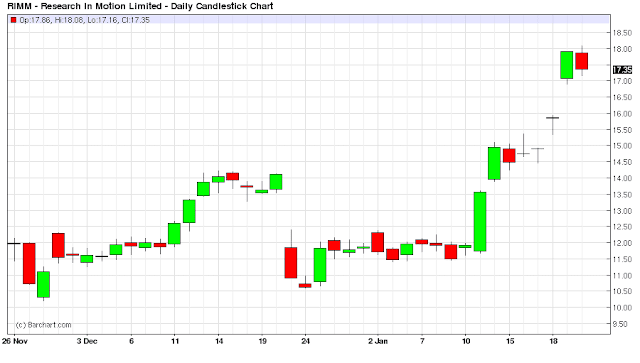 A nice strategy when everything else has been pushed up to extreme valuation levels, and much harder to push up near as fast. Wall Street must have all gone to the same investing conference again, as there was coordinated buying of a bunch of loser, barely alive firms that nobody in their right mind would own for the long haul and ran them up 10, 15, and 20%.

Further Reading – 4th Quarter Earnings Will be an Unmitigated Disaster

Hewlett-Packard Company (NYSE:HPQ) – The Entire Company Needs to be Written Down

This brings me to Hewlett-Packard Company (NYSE:HPQ), who fits in this category nicely, just a complete abomination of a company. Hewlett-Packard Company (NYSE:HPQ) is in danger of going bankrupt at the pace they are descending into the mismanagement spiral known as buying a bunch of dead technology firms, and actually make these acquired firms technology even more obscure and obsolete. 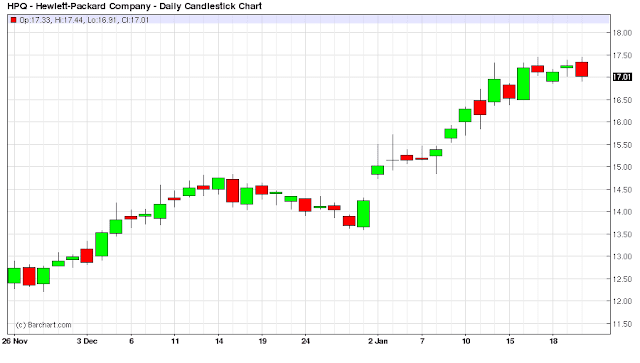 I have seen all I need to see with HP, there is no chance Meg Whitman turns this company around. She will be gone in a year at most, one way or another. At any rate, I could go on forever with a litany of issues regarding what`s wrong at HP; this company is going to get crucified in earnings after the run-up in the stock since the beginning of the year. HP is no value stock, it falsely masqueraded as a growth stock under Mark Hurd due to the illusion of acquisitions which HP overpaid for, and has become a bloated wasteland of dinosaur technology. At least a 6% Butt kicking after earning`s release!

Next up another dead tech company in Microsoft Corporation (NASDAQ:MSFT), need I say more Windows 8, really? This is the most mismanaged company given its resources in the S&P 500. As long as the most incompetent CEO, in the history of CEO`s, again given the resources available, in Steve Ballmer is at the helm of this firm the stock will be a serial under achiever.

Good thing you went to Harvard Steve, as you have to be the only CEO who could manage to do so little with so much, and still keep a job, even as you let competitor after competitor pass you by in every new technologically innovative business. 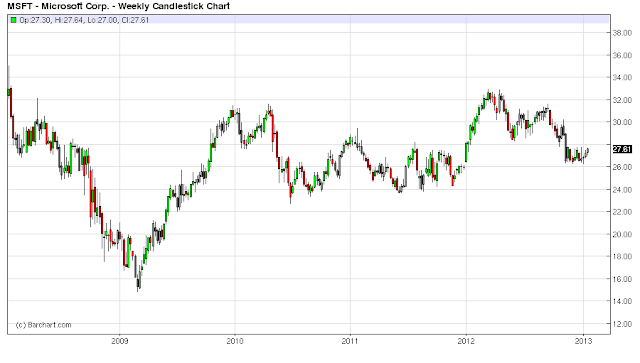 It isn`t even worth my time discussing this company any more, needless to say, this is where growth goes to die, and where Apple Inc. (NASDAQ:AAPL) is headed right next to DELL, in the land of dead tech companies whose best business idea going forward will be determining the size of the dividend for shareholders to keep them interested in these stocks before they become completely obsolete.

Amazon – The Next Apple to Fall from Grace

It must be nice to be given a free pass on performance for the past two years, but this earning`s report will be different as Amazon.com, Inc. (NASDAQ:AMZN) is priced for perfection, and if there is one thing Amazon isn`t, it is perfection. 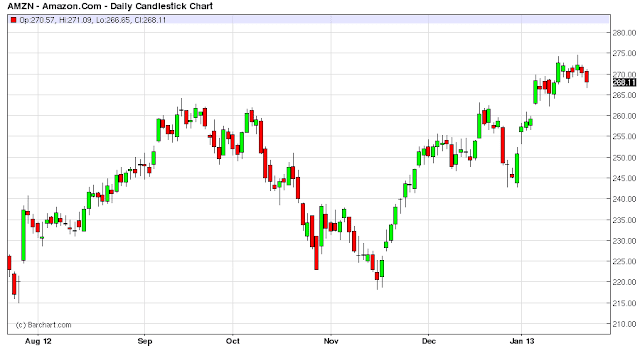 Yes, I know the investment thesis, but this is just all marketing crap. The same principle of Amazon.com, Inc. (NASDAQ:AMZN) coopting Best Buy Co., Inc. (NYSE:BBY)`s customers applies to Amazon as well with the world wide web. Margins will be coming down for any commodity provider on the web.

I understand this company quite well, and given the run-up in the stock, expect a nice 8% ass kicking come earning`s report in a few days’ time.

Further Reading – The Smart Money Will Be Selling into This Rally

Ergo, these are three tech firms that are going to be taken to the woodshed this earning`s season now that the run to 1500 for the S&P 500 is over, results matter, and these three tech companies are either complete no growth dogs, or over-priced retailers!

Frankly, I wasn`t impressed with Google Inc (NASDAQ:GOOG) or International Business Machines Corp. (NYSE:IBM)`s earnings, one missed and the other was in line, but I guess we just had to make a run at 1500 now didn`t we? But one thing is for sure, there are no cheap stocks right now! Moreover, there are a lot of companies that will be seeing their fair share of “profit-taking” over the next couple of weeks of earning`s season as performance is measured against the run up in the stock price!

There are a bunch of over-valued companies masquerading as growth companies due to ridiculous valuations that just don`t match the underlying fundamentals of their respective business models or the economy at large.