Let`s start with the Yen Carry trade, where do you think the juice came from for that S&P ride above 1500? Gee, somebody was sure waiting for a pullback to get in on that trade. Frankly, it was a rather tepid reaction to the major disappointment by the BOJ, but traders really want to move assets up, and the Yen is their best friend. 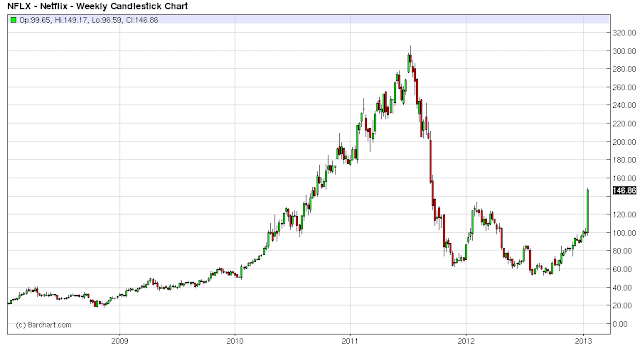 Ergo, the next level to watch is 95 in the cross, once the Yen breaks above 91 with strength. We haven`t had a legitimate selloff yet, so let us see how this cross reacts at the first sign of selling in the market. A lot of stops could get hit on the unwind of this trade on any major market sell-off of 4 days in length with a couple of 100 point Dow down days thrown in the mix.

Volatility Bounced Off The Bottom

This brings me to Vol, which was bought up prior to the European close mid-day selloff, watch for Thursdays, after a nice morning ramp up in assets, always be wary of the 10:30 CST, market sell-off.

Traders were buying Vol discreetly on the run-up to 1500 in the S&P, and then it was on, on the equities selloff to support levels, some shorts covered the 4-week downslide in the Vol trade, and this caused quite a nice move in the Vix off the bottom.

The Vix is really going to pop at the first Risk off event of 2013 as there are so many traders short Vol right now.

We ended back near the lows as the “Mid-Day V-Trade” in markets nearly completed with equities finishing with a higher close. Have to keep the trend alive for the close!

This brings me to Netflix, Inc. (NASDAQ:NFLX), which had a 40% plus pop today, yes you read that correctly. I didn`t check what the options were pricing in, but rest assured it wasn`t for a 40% earning`s move! There is no question with the skepticism over Netflix, Inc. (NASDAQ:NFLX)`s financial balance sheet, that with a substantial short interest in the stock, that a lot of shorts got squeezed today.

I haven`t seen this with a big, well-known name in a while. I imagine some hedge funds had significant losses today. Just ouch! Not Porsche-VW ouch, but still that had to hurt! 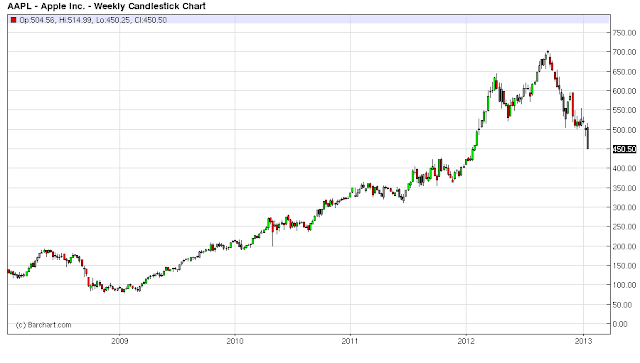 I subscribe to Netflix, but their content sucks. It is just that other outlets like television and basic cable programing sucks more! What has happened to quality programming these days?

It is too early to tell what would be a good level to short Netflix if at all, but definitely something to keep on the ole radar. Anything that can move 40% in a day can`t be all bad!

Further Reading – Netflix & SEC: Not a Fascinating Social Media Story At All

It obviously wasn`t in the cards, and it is obvious that those who count are making quite the fortune on this slide in Apple Inc. (NASDAQ:AAPL). As nothing on Wall Street moves unless somebody is usually positioned ahead of time, and wants the asset to move! I have seen earning`s misses, and a stock barely budges.

I might add, that was interesting price action right at the Earning’s release with a great head fake to the $527 area before the takedown to support at $483, and the guidance issues doing the rest of the damage.

For a trade where is the next level of support? The $420 level has been thrown around, but who knows as today was an up market! I guess just watch how things shake out and go from there, as apple will bounce at some point on a short covering rally.

Another question, are all the forced liquidations over? Maybe at this level, but if Apple takes the next leg down it could get ugly. This is where longs might want to look for a trade, after a nasty capitulation, forced liquidation selloff. The point where longs cry uncle, and apple is too cheap to go that low, and viola, their pain can provide for a nice short-term Long entry.

All in all, the market took apple`s takedown rather well, which is probably bullish! But sometimes at first, markets just quietly put in lower highs, and lower lows, and then boom, the selloff happens! As of now the trend is still intact, and equities will try to close the week out higher.

It should be a rather slow day in markets as the econ data is relatively light, and nobody is really interested in selling the market at this point. I wouldn`t expect Friday to be the catalyst with markets pretty dead after noon.